Rose is a merchant from Benin City, Nigeria who needed a small loan to expand her inventory by adding pepper soup and tomatoes. Like the majority of women micro-entrepreneurs, Rose is a responsible businesswoman who repaid her loan in full. She is also a poverty fighter. Her business expansion earned additional profits that she used to improve her life and the lives of her eight children in a country where chronic food insecurity is problematic and malnutrition among children is high. Our micro-finance initiative played a role in Rose’s success by facilitating the micro-loan. Rose’s next venture is to purchase a new grinding machine for her shop. 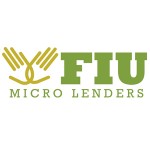 Our microfinance initiative was founded in the summer of 2007 as a global outreach project at Florida International University (FIU). We met during a class on Corporate Social Responsibility and shared a common interest in building grass roots initiatives to reduce poverty. It wasn’t long into our first brainstorming session before Frank McGuinness, an MBA student and IT strategist, introduced us to an article that he had read in Computer World Magazine on microfinance. We were intrigued by the concept and agreed that creating a microfinance initiative at the university would be a great learning experience. To date we have been successful in granting small loans to impoverished micro-entrepreneurs in Asia, Africa, and South America, with a working plan to offer micro-loans and microfinance services in poor neighborhoods within Dade County, Florida.

Our goal was to develop a program that would utilize the strengths, skills, and experiences of our group members, while relying on university resources and faculty expertise to convert fundraising proceeds into working loans for impoverished micro-entrepreneurs. Simultaneously, we wanted to share our business acumen with micro-entrepreneurs in an effort to help them reach sustainability.

Within a few months we established a Florida not-for-profit corporation and a formal student organization: FIU Micro Lenders. It was rewarding to see ideas come to fruition with the help of so many enthusiastic volunteers willing to share both their time and expertise. At the helm was our academic advisor Dr. Robert Hogner, a professor with expertise in civic engagement and community service-based learning. We also relied upon the guidance of Moriah Meyskens, an instructor and PhD student who contributed experience gained from launching a similar initiative at New York University.

We quickly learned that we needed a broad spectrum of skills to grant micro-loans – skills that were provided by a group of dedicated students with backgrounds in finance, accounting, IT, and marketing. Beyond functional expertise, these students also contributed entrepreneurial spirit and a passion to combat poverty. Also, we needed access to an internet based micro-lending website to administer our social lending. And, we needed money.

We secured corporate sponsorship and raised additional funds through the sale of donated textbooks via Amazon Marketplace and donated items on eBay. We engaged Kiva.org to provide two types of peer-to-peer lending accounts: renewable loans as tax-deductible contributions from donors, and traditional non-renewable micro-loans. The process became increasingly efficient as synergies resulted from volunteer students combining their interests and skills.

In a few short months, FIU Micro Lenders had provided two-dozen micro-entrepreneurs with small loans to help improve and grow their businesses. We progressed beyond our organizational infancy stage into a smooth running sustainable operation. And the founding members had acquired not only an understanding of the function of micro-lending, but a true dedication to the cause.

The first tranche of loans facilitated through Kiva were Africa-focused and issued primarily to female food vendors and retail merchants in Nigeria, Kenya, and Uganda. One micro-entrepreneur who caught my attention was Uwa, a Nigerian woman who wanted to expand her business of selling soft drinks from a refrigerator in her yard into a small market, which she eventually accomplished. I learned through Uwa that even the simplest of business models, when managed effectively, could be relied upon to support an entire family. For such micro-entrepreneurs in developing countries, the success or failure of reaching profitability is the difference between a child going to bed hungry or not. Janet, also from Nigeria, has borrowed and repaid in full $550 in micro-loans to expand her existing soft-drink retail business by purchasing additional inventory. Florence, a vegetable merchant from Uganda, had been in business for 18 years and needed only $350 to purchase an additional plot of land in order to expand her business by improving her stock of vegetables.

During a visit to Argentina in the winter of 2001 I was intrigued when my wife, a native of Buenos Aires, pointed out the slums and shantytowns of the capital city locally called “Villas Miserias” (neighborhoods of misery). Since then I had been interested in participating in a project that would improve the lives of Argentines living in poverty. Despite the economic crash in 2001, I thought of Argentina as a wealthy country. It is because of this general perception that Argentina suffers in efforts to obtain international funding for poverty alleviation projects. It is difficult to gauge real poverty in Argentina since INDEC, the national statistics agency, typically underreports true poverty figures. Local think tanks estimate between 30 to 50 percent of the population lives below the poverty line. Hundreds of thousands of urban slum dwellers reside in poorly constructed shacks in the Villas Miserias. Suffering the most are Argentina’s northern, rural agricultural provinces such as Tucumán, Salta, and Jujuy, which face extremely high levels of poverty and where malnutrition among children is most common.

Bob Hannan, an economic development consultant who had established a micro-seed fund for HelpArgentina, an NGO based in Buenos Aires, presented FIU Microlenders with the opportunity to deliver the second tranche of loans in Argentina’s northwest province of Tucumán. We partnered with HelpArgentina because of their use of best practices and a rigorous accreditation and monitoring of micro-loan portfolios. Having seen firsthand the siphoning of charitable contributions by corrupt Argentine officials, my wife strongly recommended facilitating any social investments through a reputable NGO such as HelpArgentina, which would directly oversee micro-credit disbursements. Within a few months we obtained financing, primarily from a small group of social investors whose contributions helped to successfully create and grow such micro-enterprises as bakeries, taxi services, beauty salons, and food vendors.

Since the launch of FIU Micro Lenders, additional students have volunteered with the organization each semester and their contributions have continued to improve its operations and effectiveness. The initiative has progressed rapidly, and while our original vision focused on providing micro-loans internationally, several local banks have expressed an interest in forming a partnership with our organization to offer guidance and microfinance services to low income residents closer to home in Miami Dade County.

Our results show that while microfinance is not a cure-all, it is an effective tool available in the battle against poverty. After completion of my MBA later this year, I am interested in conducting research on poverty alleviation, with a particular focus on serving the needs of the 1.1 billion people trapped at the bottom of the economic pyramid in extreme poverty.

We invite all FIU students to become part of a global organization that changes lives. We are also keen to share our model and learning experiences with students from other universities interested in similar endeavors. Through continued collaboration and partnerships with microfinance organizations, banking institutions, social investors, NGOs, academics, and business students, we will continue to grow and improve the microfinance initiative at FIU, learning along the way while making continued contributions toward poverty alleviation.

Terry Tasker is a MBA candidate at the Chapman Graduate School of Business, Florida International University (’09). He is a financial professional in the recycled paperboard converting industry and is co-founder of FIU Micro Lenders. You can visit http://microlenders.business.fiu.edu for more information.

View all posts by Terry Tasker →