Pre-1992, even loyal customers struggled to recall the insurance company’s name—the “American Family Life Assurance Company.” But today, customer and non-customers alike, indeed anyone in the United States. or Japan who watches television, cannot take a summer stroll past a park pond without thinking “Aflac.” 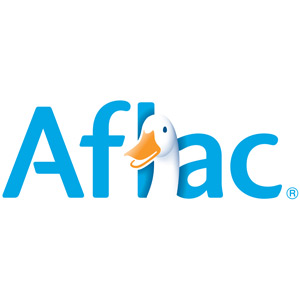 How did a small, family-owned, run-of-the-mill insurance company from Georgia evolve into a $20 billion icon, with a brand as infectious as Ronald McDonald or Mickey Mouse? I recently had the chance to sit down with Daniel P. Amos, Aflac’s CEO, and my conclusion is that while the Aflac duck may appear to be the star of company’s story, it really only plays a supporting role.

After speaking with Amos, I was able to identify several unexpected approaches.

Creating Something Out of Nothing

It is perhaps inaccurate to call Aflac an American company. Sure it was founded by three brothers from Georgia post World War II. And yes, it remains family run and the CEO, Amos, still lives in a small Georgia town and speaks with a cultured southern drawl. However, the company generates over 70% of its revenues from, and attributes over 80% of its assets to, its Japanese operations.

This success in Japan can be traced to an insight derived from simple mathematics. By the early 1970s the Japanese were living longer and dying from different types of causes. The prevalence of deaths from cancer grew dramatically, setting off a nation-wide concern that some kind of cancer epidemic was emerging.

As Amos describes, “The Japanese were scared that there was an epidemic of cancer taking place, back in 1974 when we were licensed [in Japan to sell cancer insurance]. The fact is there wasn’t an epidemic. What was going on was the life expectancy of the Japanese had gone from 58 or 59, and it had jumped to 84. People were then just living long enough to get cancer.”
This growing awareness of cancer built a demand for a new type of insurance which Aflac met by creating what Amos calls the “third sector.”

“We became the first company to be licensed after the war. At that time, they had two basic insurance markets—they had the non-life and the life. The life was called sector one. We created what we call the third sector . . . we developed a cancer insurance policy . . . It paid X amount if you died for any reason, but if you died of cancer, it paid ten times that amount.”

Aflac created a new type of insurance and convinced the Japanese government to give it a temporary monopoly. For seven years, Aflac would be the only insurance company that could sell cancer insurance in Japan.

That seven-year monopoly gave Aflac enough of an advantage that, even decades after the Japanese government removed Aflac’s monopoly protection, the company held on to nearly the entire market. By 1990 Aflac was producing 70% of its revenue from Japan and commanded a 90% market share of cancer insurance. In 1992, when the company changed its name from American Family Life Assurance Company to Aflac, its market share was even stronger at 94%.

Aflac was enjoying the benefits of a well-proven strategy—to “create something out of nothing”—a strategy that is at the source of innumerable breakthrough companies including:

One might think that creating new categories or occasions provides only a short-term advantage. Incumbents should be able to quickly copy and squeeze out smaller innovators. But when designed properly, this strategy puts up a number of cognitive blocks for competitors and can provide years of competitive advantage.

Ask yourself the questions below to see if you can increase your profit margins by offering something new.

1. What category or occasion can I create out of nothing?

2. Is there a growing trend that I can get in front of?

3. Since people love traditions, is there a meaningful tradition that a new product or service can play off?

4. Can I offer a new version of an old idea to spark consumer interest in my company?