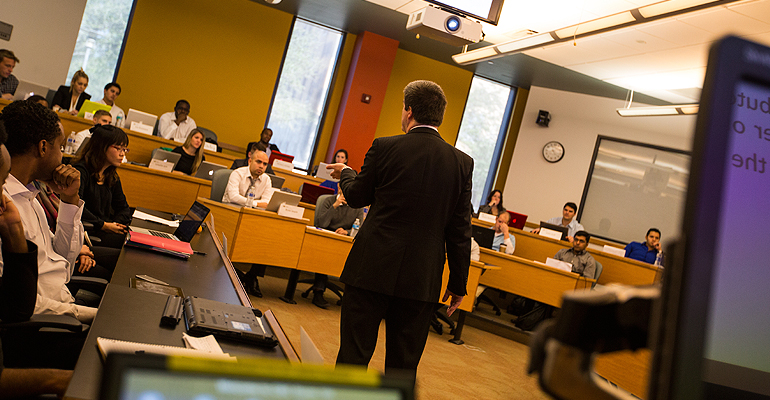 Although Haiti continues to struggle in the face of challenges, the entrepreneurial impulse remains strong, and with the help of mobile telecommunications operator Digicel and Florida International University (FIU), it recently got a boost.

As part of a new awards program sponsored by Digicel, 24 Haitian CEOs and entrepreneurs—selected from a group of 250 applicants—traveled to FIU for a three-day program, one leg of their journey to competing for “2010 Digicel Entrepreneur of the Year.” At FIU they got much-needed encouragement, made important business connections and learned from academics, seasoned entrepreneurs and venture capitalists.

On January 10, 2011, Hans P. Garoute, founder of Institut National pour le Développement et la Promotion de la Couture (INDEPCO), the largest network of micro-entrepreneurs in Haiti’s garment sector, and representing the “industry” category, won the coveted title after winning in the industry sector. The other winners represented the categories of emerging, environment, food and agriculture, services, and tourism and culture.

For those who created and presented the event at FIU, the experience validated the universal health of entrepreneurship.

“Despite the acute problems in Haiti, the business people were extremely hopeful and optimistic, which is a characteristic of entrepreneurs in any environment,” said Jose de la Torre, professor emeritus, who orchestrated the program, which the College of Business Administration’s Office of Professional and Executive Education (EPE) and the Eugenio Pino and Family Global Entrepreneurship Center organized.

Event lays groundwork for the future.

Among the many contacts de la Torre and Rosangel Quintero (PMBA ’10), senior manager, EPE, drew upon was Francois Guillaume Jr., president of the Haitian-American Chamber of Commerce of Florida.

“I partnered with de la Torre in finding entrepreneurs in Miami with interesting stories to tell, explaining their success, challenges to survival and access to capital,” he said.

Guillaume also worked to connect the Haitians with members of the Haitian Diaspora in Miami and to the Chamber itself, important ongoing resources.

For him and many others, the event meant more than business connections.

“The stories were very moving,” he said, and one attendee told de la Torre, “If anybody ever tells me Haiti will never make it, I should ask him to sit in on something like this.”