News media and the blogosphere have been filled with the argument that the revolutions in Tunisia and Egypt were made possible by Twitter and Facebook. It’s a compelling argument. Why is it that after 30 years of firm-handed rule, Egyptian President Mubarak now, this month, not last month or last year, is facing the prospect of losing power?

Surely other factors are in play—shifts in global power, macro-economic pressure and demographic changes—but it does feel like social media has finally passed a point of critical mass, ushering in a new era. We are operating under a new order. A new type of organization has emerged.

But Egypt and Tunisia are the just the beginning of a new order of things. If we can understand the specific mechanics by which social media unlocked these two revolutions, I think we will be better able to manage and win in the broader global revolution that is igniting across geographies and industries and societies. A revolution that will touch us all in some way, no matter how much we may resist it. 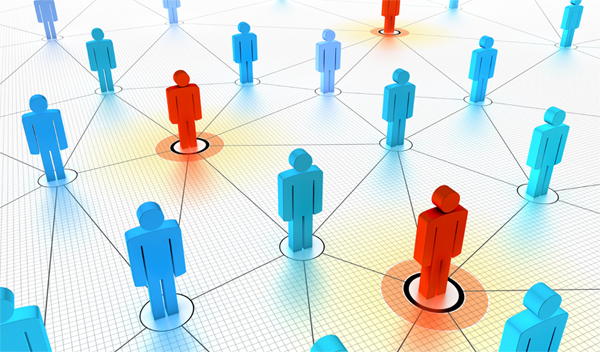 I’m writing this in Boston, MA, the birthplace of the American Revolution. Near here Paul Revere made his now famous ride, shouting “The British are coming!” to rally American patriots to take arms. His trip was about 13.5 miles. On horseback that trip probably took about two hours. If he had a modern car, he could have made the trip in 45 minutes. With a telephone he could have spread the word in about 15 minutes, by making seven calls and asking each person to call their friends. Email would have taken about five minutes (to enter all the email addresses). With a tweet he could have had his desired effect in maybe three seconds.

Social media accelerates the speed at which we can spread messages. But that is only a small part of the puzzle.

If your message ends up reaching the wrong person—someone who doesn’t care, or worse yet, someone who disagrees with you (if Paul Revere had reached a British loyalist, for example), your revolution might never build momentum. This is like placing dominoes too far apart from each other. You push one and because it cannot reach its neighbor, it falls short, alone, causing no chain reaction. Ancient Rome survived multiple attempted revolutions in the first century BCE in part by preventing would-be revolutionaries from connecting with each other.

Social media tools not only allow you to transmit your message more quickly, they allow you to syndicate it out more broadly so you can reach the people who agree with and will take action with you. For the first time, you can cobble together a disbursed group of like-minded people with ease.

You’ve probably played the “telephone chain” game as a child. You whisper a message to the person standing next to you. He or she whispers the same message to his or her neighbor and so on. By the time the message travels around the circle what comes out of the other end sounds nothing like the message that you started with. Message integrity is reduced with each transmission. Social media fixes this. It allows your friends to share (“re-tweet”) your message exactly as you wrote it quickly to a large group of people. With fewer communication errors you can share more detailed messages.

At an American Eagle Outfitters store around the corner from my office in New York, for example, store workers were shocked to find suddenly hundreds of pedestrians take off their shirts and walk by at precisely the same time. They could do this because their message—probably something like “walk in front of American Eagle Outfitters on Wednesday at 3:32 p.m. and take off your shirt”—was spread without distortion.

Finally, social media overcomes one of the greatest barriers to a revolution’s to success. Machiavelli pointed to it when he wrote, “And it will always happen that he who is not your friend will request your neutrality and he who is your friend will ask you to declare yourself by taking up arms. And irresolute princes, in order to avoid present dangers, follow the neutral road most of the time, and most of the time they are ruined.”

Dictators depend on this dynamic to hold on to power. By quelling unrest early they make it look like the unrest is contained. People think, “This government, this leader is not working for me,” but they look around and think they are in the small minority. So they put up with it. They go about their day, too scared to be the first to take up arms and find they are the only one.

Social media allows us to express our opinion anonymously and so creates a safer environment in which to express our discontent. We will often find that there are others who feel the same. When we hear people are going to protest in the city’s central square, we are more likely to join because we will not be alone.

This essentially collapses the leap—the “chasm” as Geoffrey A. Moore calls it—between early adopters and the early majority. Social media has the potential to expose the mirage that everyone else is satisfied and takes away the dictator’s source of power.

2. Syndication: Multiply your odds of reaching the people who share your beliefs.

4. Transparency: Show the world you are not alone, there is a movement, there are people who also want change.