This week I listened to the CEO of a large technology firm I’ve been working with share his views on the future. One small comment he made struck me. If he is right, this could have radical implications for technology-based businesses worldwide. He said the flow of technology adoption is reversing: where once corporations drove adoption, increasingly consumers are in the driver’s seat. 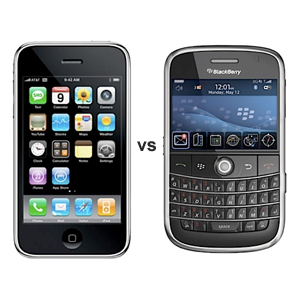 When BlackBerry first launched, it created a device that corporations loved and end-users did not. When I was at McKinsey I was on a team working with an early partner of RIM, so we were one of the first users of the first BlackBerry device. The truth is, we hated the device. We called it the digital leash. It offered no voice capability—it was not a phone—it just pushed black and white emails to us. We much preferred our mobile phones.

RIM built a device that met corporate needs at the cost of end-user needs. The device was safe and reliable, with no bells or whistles.

The strategy worked. RIM dominated the corporate sector and only then began evolving their devices to appeal to consumers. The BlackBerry dominated the smartphone/PDA space for years.

Now in my corporate trainings I see more and more people with iPhones. We are seeing consumers demanding their companies adopt the iPhone and we are seeing corporations comply. The flow of adoption is shifting.

So the battle between BlackBerry and the iPhone represents a battle between the old and the new, the old model of corporations being early adopters and influencers to the new model in which consumers take that role.

This has immense implications for technologies firms around the world. The old “S-curve” adoption model that we used to build business plans put corporations at the front. Now, depending on how the iPhone-BlackBerry battle evolves, you need to consider flipping that curve and putting consumers up front.

Ask yourself:
1) Who are my early adopters and influencers?
2) Who are the secondary adopters?
3) If those two roles switched, how would I change my product or value proposition?
Consider doing that now.