Mergers and acquisitions (M&As) are booming in Latin America and expected to continue at full speed.

The surge in the urge to merge continues in Latin America. On June 14, 2011, Banco do Brasil, Latin America’s biggest bank by assets, announced that it is considering purchasing lenders in Chile, Colombia and Peru to attract corporate clients and expand its business with Brazilian firms operating in the region. In April 2010, the bank made its first international acquisition, paying $480 million for a controlling stake in Banco Patagonia, Argentina’s third-largest bank by market value. 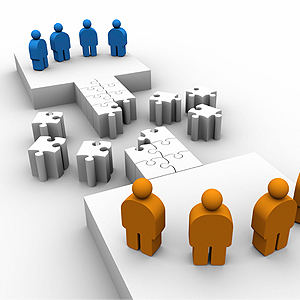 Brazil is the prime player in Latin American M&A. In the first quarter of this year, Brazilian companies were responsible for seven out of the 10 largest deals, including the $5.5 billion purchase of Vivo by Telesp. In general, Latin American M&A activity this year has been overwhelmingly concentrated in telecom, power, metal and mining, and materials. The five biggest dealmakers this year have been Goldman Sachs, Santander, Itaú Unibanco, Lazard Frères and Citi.

While much of the global economy was emerging from a declining or flat 2009, such was not the case with Latin America. The total value of announced M&As in Latin America doubled last year to $215.1 billion, according to Thomson Reuters. Brazil alone accounted for $104.2 billion, an increase of 60 percent, Mexico from $5.1 billion to $47.8 billion. The significant increase in deal-making activity is being driven by a number of factors including high currency values of acquirers (e.g., Brazil), lower costs of capital, investment and financial reforms, improved bankruptcy laws (leveling the field for creditors), the sale of distressed assets and the need not just for companies but entire industries to consolidate due to increased competition (e.g., airlines).

There is no reason to believe that the trend will not continue over the next several years, providing that emerging markets improve at a faster pace than the sluggish economies of the United States and Europe and that inflation levels, capital access and the rule of law create an environment hospitable to M&A. Increased M&As will provide for greater efficiency and productivity within companies, with cost savings (hopefully) being passed on to consumers and competitive pricing another benefit for the public, providing anti-trust laws are followed and enforced. As for attractive sectors, of the top 10 acquisitions in Latin America last year, half were in energy and natural resources, three in telecom, and one each in transport and beverages. These sectors along with consumer goods and financial services will most likely dominate M&A activity.

Among the most interesting M&A deals during the past 12 months have been the Chinese oil giant Sinopec’s acquisition of Brazil assets of Spain’s Repsol for $7.1 billion and US-based Occidental’s Argentina E&P assets for $2.5 billion. Elsewhere, Heineken purchased Mexico-based Femsa Cerveza for $7.3 billion; three Indian companies bought a $2.2 billion stake in Venezuela’s Carobobo oil; and in a South-North purchase, 3G Capital, a Brazilian private equity firm, purchased ailing Burger King for $4 billion.

For an increasing number of major companies, M&A activities are more than a financial play for the medium term to pump up shareholder value. The drivers focus on the longer term, and the decisions are strategic in nature. Take GE, for example. The company is creating a team to study acquisition opportunities in Latin America as orders grow 30 percent in the region. GE will spend $500 million to expand energy, transportation and healthcare manufacturing in Brazil. In 2009, the company acquired Wellstream Holdings, Plc, an oil services provider that has focused on Brazil; and since October 2010, GE has spent more than $4.1 billion to build its oil and gas unit.

The LAN acquisition of TAM provides another illustration. This purchase will provide more competition and lead to further consolidation in an industry under intense pressure—airlines. Besides strengthening the financials of both companies, the firms will achieve synergies of $400 million, such as alignment of passenger networks, growth in cargo, code sharing and reduced costs.

The importance of cost savings to achieve economies of scale and scope, consolidation and the quest to increase market share will intensify. For large firms where access to capital and interest rates are attractive and coffers laden with cash accumulated but not allocated during the 2008-2010 global recession, the time to merge or acquire in The Americas is ripe, indeed. Expect a lot more activity for the remainder of the year.

This column originally appeared in Latin Business Chronicle on July 5, 2011.