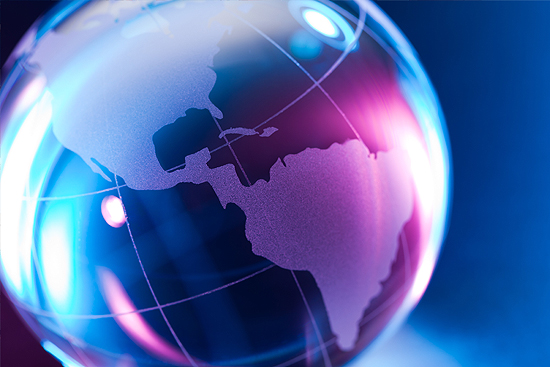 One day people the world over will be able to deposit money, withdraw savings, check their balance, pay their utility bills, receive their salary and remittances from abroad and government allowances—all on their mobile phones in a fast, convenient and safe manner. Thanks to technology and entrepreneurship, that day is now.

Welcome to the brave new world of mobile money. As the number of people using their phones for text messaging and data services increases, a range of alternative payment methods opens up. The mobile devices are converging with PCs and a natural step is to migrate from the brick and mortar financial services that have not reached everyone to the mobile device that sits in the pockets over 80 percent of people in Latin America.

Along with Africa and the Philippines, Latin America is one of the most dynamic regions for mobile money, as mobile phone usage is close to its full potential. Efforts from financial institutions and mobile operators such as Banco de Chile with Entel and Tigo Paraguay or Digicel with Scotia Bank in Haiti are proving that there is strong interest from parties to text and find the right solution for the market. In Mexico, half of Internet banking users pay a utility bill online. These transactions prove the potential to move the flow from the physical branch or the “large” screen onto the much more ubiquitous mobile screen.

Also, there is a demographic condition that makes now the perfect time for mobile money: the new wave of data users in Latin America connected through mobile devices that rely heavily on social networks. The bulk of potential users reside in Latin America where over 35 percent of the population is under 24. Pyramid Research believes that LA has achieved the right conditions to smoothly increase the uptake of mobile financial services including banking and payments. Leading mobile operators such as Claro and Movistar are expanding their commercial offerings, recognizing that 18 million users in Latin America use financial services from their mobile devices today, and that this number may rise to more than 140 million by 2015.

That mobile money is achieving its greatest success in emerging markets is vividly illustrated by Yellow Pepper. Founded in 2004, the Miami-based company is the recipient of the first IFC (World Bank) equity investment in a mobile financial network company in The Americas. With 3.6 million unique users in nine countries, processing over 18 million monthly transactions, the firm has been selected by more than 40 banks and strategic partners in the region, among them Western Union, Coca-Cola and Credibanco VISA. However, Yellow Pepper’s most promising product is its mobile wallet—an innovative bank account that the user manages via simple text messages from their mobile phone, never having to set foot on a bank branch. According to Fast Company the company in Haiti had more than 110,000 wallets with Digicel, a mobile phone carrier that owns 32 networks from the Caribbean to the Pacific with over 11 million customers and Scotia Bank Haiti. With the fast growth of the service, mobile wallets could number in the millions as the service is expanded to other parts of Latin America providing much needed financial inclusion to the bottom of the pyramid.

Despite the huge opportunities, there are challenges for mobile money in Latin America. These include the speed of the transaction compared with current alternatives (either cash or credit cards), the cost benefit for merchants or consumers to adopt without investing in additional hardware, start-up investment and the challenge of gaining consumer trust.

Be that as it may, the upside potential is limitless. Recognizing the opportunity, much of the innovation around mobile money is being driven by start-ups, telcos, e-commerce and consumer-oriented technology companies. The impacts on society at large are well documented. Some studies suggest that increases in banking penetration have an immediate positive impact on GDP growth. In some cases, a 10 percent increase in banking credit to the private sector boosts GDP per capita by 0.42 percent.

Currently, banking penetration and its share of assets to GDP is low in Latin America, presenting a significant upside if low-income groups are given the tools to gain access to financial services. Looking ahead, Pyramid Research estimates that the number of mobile banking users in Latin America will grow 65 percent between 2010 and 2015, from around 18 million users to more than 140 million. It is estimated that by 2015 85 percent of the total population will be an active user of a mobile device, making those devices a clear entry point for adjacent services, such as payments, banking and remittances.

Whether for reasons of convenience, efficiency, cost effectiveness, or security, mobile money is revolutionizing how we do business and how we live. This is especially true for those at the bottom of the pyramid. It is no exaggeration to say that mobile money is a prime lever in narrowing the digital divide.

This column originally appeared in Latin Business Chronicle on October 25, 2011.