For over two decades now, Information Communication Technologies (ICT) have been sweeping the globe, from the industrialized nations of the North to developing nations of the South. Some of the most dynamic growth of the latter has been in Latin America and the Caribbean, although connectivity, participation rates, product offerings, services, and costs and revenue vary widely. 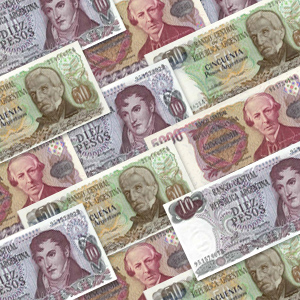 Internet retailing provides a good case example. As pointed out by Daniel Latev, writing in this publication, Latin America topped Internet growth globally, achieving a 24 percent increase together with the Asia Pacific region; and it is expected to achieve a compounded annual growth rates of 17 percent through 2015. Generating $12 billion in sales in 2010, with Brazil, Chile and Argentina leading the way, Internet retailing now ranges from extensive online product catalogues (e.g., Walmart, Carrefour) to online purchasing from both bricks and mortar stores and e-commerce only companies. Additionally, collective buying sites, such as US-based Groupon, are emerging in more developed markets such as Brazil.

Enthusiastic supporters of ICT see the proliferation of mobile telephony, PCs, smartphones, mobile banking, and social networking, and digital media collectively as a magic bullet for spurring growth and development, raising productivity and increasing the size of the middle class in emerging markets.

However, in a comprehensive study edited by economist Alberto Chong of the Inter-American Development Bank, he and his colleagues warn us to curb our enthusiasm—that ICT is not a magic bullet. The widely held view in developing countries is that as long as nations adopt these technologies they will be rapidly rewarded with higher productivity and improved welfare. It is true that ICTs can help create entirely new industries, generate significant employment for the technically skilled, improve health treatment and make citizens’ lives a lot easier (e.g., electronic payments). ICTs can help people and companies search for the prices of goods and services, find buyers and sellers, and link with one another via networking. However, in Chong’s extensive study Unveiling the Impact of New Information Technologies, he and his team found little empirical evidence linking ICT and gains in productivity and welfare. First, it is difficult to provide networked services where population density is low. Second, the lack of human capital, illiteracy, widespread poverty, and legal and regulatory issues comprise additional impediments.

Nevertheless, one of the most promising areas of ICT in Latin America and the Caribbean is e-government. E-government is the use of ICTs to improve and/or enhance the efficiency and effectiveness of service delivery in the public sector. It allows for governmental transparency (e.g., public procurement bidding and awards; political elections) and brings citizens closer to their government—and vice versa. Colombia, Chile, Uruguay and Barbados are especially advanced in the area of e-government. In Central America, Microsoft and the Organization of American States helped develop ministerial portals, thereby enabling governments to share online information about the latest policies, laws and procedures with citizens, in turn giving them the opportunity to submit comments and feedback. In Mexico, the site e-México provides access to governmental services and encourages civil participation. The country is the first in the region to use Facebook and is eighth in the use of Twitter. In countries such as Peru and Uruguay, collaboration has focused on the development of municipal portals. The municipality of San Borja, near Lima, now has a citizen services portal delivering public services online through a secure and easy-to-manage platform.

Colombia and Chile are the two countries that really shine when it comes to e-government. Colombia enjoys the highest global ranking in the region in the 2011 UN survey of e-government readiness. It is one of the few countries with a Ministry of Information Technology and is home to several initiatives and almost all are accessible from the State Portal. As for Chile, according to the UN Department of Social and Economic Affairs’ E-Government Survey, Chile is second in terms of regional progress, and in recent years Chile has been one of the countries that have made the most progress on this matter. It is an extremely ICT-conducive market and regulatory environment, with 85 percent of schools having internet access.

For ICT to achieve its goals in Latin American and the Caribbean, whether it be in the private, public or non-profit sector, research by the Inter-American Development Bank and independent analysts point to similar requirements that must take place. These include quality of institutions and regulations, physical infrastructure, an emphasis on types of use (measurable impacts) rather than access, cooperation to develop public goods, public-private partnerships and large-scale projects to increase returns on investment.

ICT is not a panacea but a vitally important tool in facilitating growth while simultaneously benefiting from that growth. Government can and must play a dual role of creating and nurturing an environment that is supportive of ICT (including policies and regulations that are market-friendly) and harnessing the power and promise of ICT to better serve its citizens.

This column originally appeared in Latin Business Chronicle on January 9, 2012.