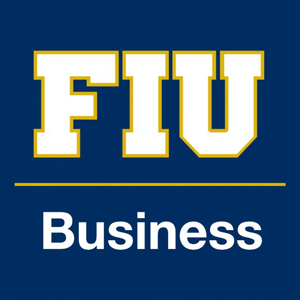 Joyce J. Elam, executive dean, spoke at the Coral Gables Chamber of Commerce’s Women’s Business Network Luncheon on May 15, 2012. Her topic was “My fifteen-year journey as a business school dean: lessons learned along the way.”

Manny Pravia (MST  ’92), adjunct, presented “Accounting for tax uncertainties from the tax, audit and legal perspectives” at a joint American Association of Attorney-CPAs/Tax Section of the Florida Bar. His article “CPAs play vital role in IRS examinations” was published in the May/June issue of Florida CPA Today.

In May 2012, Nancy Borkowski, clinical associate professor and executive director of the Chapman Graduate School of Business’ healthcare management programs, was presented the American College of Healthcare Executive’s (ACHE) Exemplary Service Award. This prestigious award recognizes an individual who has been actively involved in ACHE providing significant leadership and contributions to furthering professional excellence at the chapter, regional and/or national levels.

An article titled “The Transformation of Nursing Education” by Jean Gordon, visiting faculty administrator, appeared in the May 2012 issue of South Florida Hospital News.

Fernando Martinez, adjunct, Healthcare MBA (HCMBA) and the Master of Science in Health Informatics and Management Systems (MSHIMS), which starts in the fall of 2012, was honored with the 2012 Technology Executive of the Year Award from the Greater Miami Chamber of Commerce on April 27th. He also serves on the MSHIMS Advisory Council.

Ken H. Johnson, associate professor and Knight Ridder Center Research Fellow, was quoted in the Sun Sentinel in an article titled “South Florida housing market has hit bottom, Zillow says,” on May 6, 2012, and twice in the Palm Beach Post: on May 8, 2012, in an article titled “Bank offers 6-figure loan discounts” and on May 11th in “Housing economist sees new urbanism as little more than a niche product.”

“Country relatedness and international coherence,” a paper by Aya Chacar, associate professor and Knight Ridder Center Research Fellow, and Sokol Celo (PhD ’11), has been nominated for the International Management Division’s Fundacao Dom Cabral Best Paper in Strategy/IB Theory Award. The award, given to one of four or five finalists, will be presented on August 6, 2012 at the Academy of Management annual meeting in Boston, Massachusetts. The paper grew out of Celo’s dissertation and will be published in the Academy of Management Proceedings 2012, which includes the top 10 percent of papers in the field of management in 2012.

Colombia FTA becoming a reality, a column by Jerry Haar, professor, appeared in The Miami Herald on May 7, 2012. On May 15, 2012, he was quoted in a Sun Sentinel article titled U.S.-Colombia free trade pact starts, spurring business.

Modesto Maidique, professor and Alvah H. Chapman Jr. Eminent Scholar Chair in Leadership, along with the Center for Leadership, hosted Miami Leadership Summit II, a gathering of more than 85 of Miami’s business, community, and civic leaders to address concerns facing Miami, on May 8, 2012. He also was the keynote speaker at the InterContinental Hotels Group VIP reception on May 10, 2012, speaking on the topic of “The six competencies of a leader.”