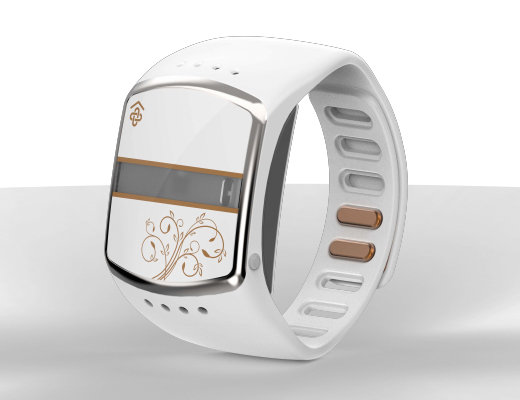 Molly Mettler, a blogger for the Wall Street Journal, names Tempo as one of three tech tools that the elderly should consider using. This product, a wearable device that tracks the user’s sleep, movement and location, is getting substantial press everywhere from the Huffington Post to the National Association of Home Care & Hospice – and it doesn’t even launch until January.

The innovation all started with an alum of the College of Business at Florida International University (FIU).

“Senior citizens want to stay in their own homes and their kids want to make sure they’re okay, on a daily basis,” says Satish Movva (MSMIS ’02), founder and CEO of CarePredict, a Miami-based company. “Tempo, which looks like a bracelet, tracks the daily rhythm of its wearer, and can alert a family member if there is a change worth noting.”

A co-founder with Movva is another FIU alum, Krishna Vedala (PhD ’13 and MS ’08 in electrical engineering). Vedala will present Tempo at TEDxFIU 2014 on November 13, 2014 at the Wertheim Performing Arts Center on the Modesto Maidique campus of FIU. Now in its third year, FIU’s TEDx, which stands for Technology, Entertainment and Design, shares exciting ideas from a variety of speakers for a live audience of more than 500 people from around South Florida and countless others via the Web. The event is sold out, but will be live streamed at TEDxFIU.com.

Movva is poised for his next success.

Movva realized there was a need for a product like Tempo as he cared for his parents.

“I visit them every Saturday and am in frequent contact. But they might not mention a problem such as starting to walk slower or sleeping for greater periods of time and I would want to know about that right away,” he said. “Tempo, a wearable device, sends emails or text messages to a loved one, letting them know changes in an elderly person’s patterns. A small problem can be addressed before becoming a major one.”

Movva has been in the healthcare industry since 1996. Before launching CarePredict, he was vice president and CIO of Interim Healthcare, where he invented the world’s largest SaaS home care and hospice platform.

“I built the software and spun in out into a separate company called ContinuLink,” he said. “In 2011 the company was purchased by Procura.”

After the early publicity, Movva reports that he and Vedala have been “putting off” interview requests from ABC News, CNN and other organizations.

“We are waiting until January until the product is available, to make sure the rollout publicity has maximum effect,” he said.