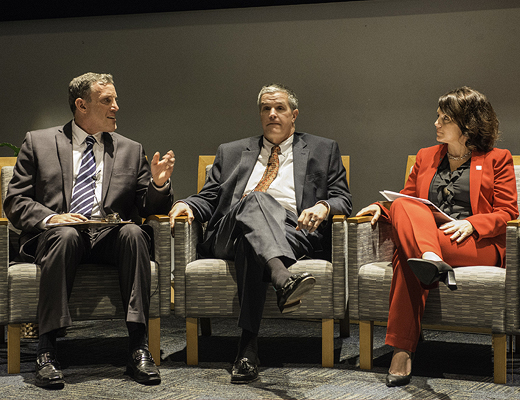 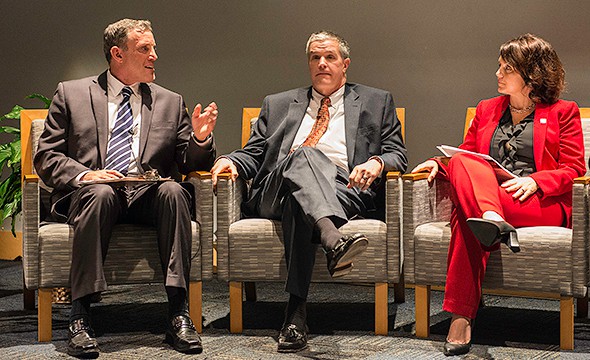 David Wernick, senior lecturer in FIU’s Department of Management and International Business, hosted a panel at “Cybersecurity: Rogue Nations, Hackers, and Hollywood,” a conference presented by The School of International and Public Affairs (SIPA) on February 28, 2015 at the FIU Modesto A. Maidique Campus. Monica Tremblay, associate professor and chair, Department of Decision Sciences and Information Systems, also participated in the panel.

Jerry Haar, professor, wrote an op-ed column “A ray of hope for Cuba’s entrepreneurs” which appeared in The Tampa Tribune on February 4, 2015.

Modesto A. Maidique, professor, has been selected as the National Hispanic Scientist of the Year. The award is sponsored by the Museum of Science and Industry andwill be presented in Tampa in October.

Samantha C. Paustian-Underdahl, assistant professor, has been invited by Diversified Search to present her research on the career paths of male and female leaders in healthcare organizations at the 2015 American College of Healthcare Executives conference to be held in Chicago, Illinois in March, 2015. Also, two of Paustian-Underdahl’s papers were accepted for presentation at the 2015 European Work and Organizational Psychology conference in Oslo, Norway in May, 2015. The papers are entitled: “Should I Stay or Should I go Now? Examining the role of perceived pregnancy discrimination in the turnover of working mothers following maternity leave” and “Investigating Pregnancy Disclosures at Work: A qualitative and quantitative analysis.”

A commentary by Carlos M. Parra, professor, on “How Are Weakening Currencies Affecting Latin America” appeared in the Inter-American Dialogue’s Latin American Advisor on February 4, 2015.

Suzanne Hollander, visiting instructor, was quoted in a front-page article by David Smiley titled “Developers see a rebirth for Miami’s Omni area” which appeared in the Miami Herald on Feb. 1, 2015 and in El Nuevo Herald on Feb. 2, 2015.

Hollander was also quoted in an article “The world’s superrich now own $3 trillion in homes” by Quentin Fottrell which appeared in his MarketWatch column on Yahoo Finance. 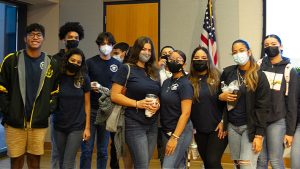