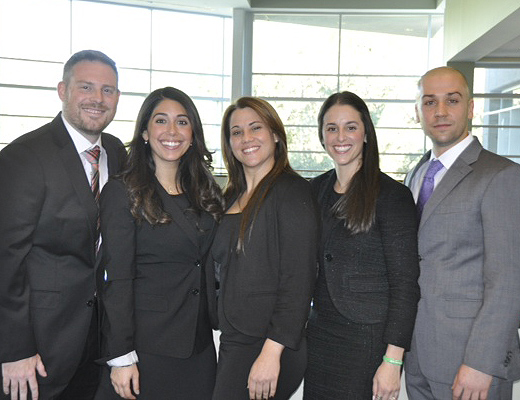 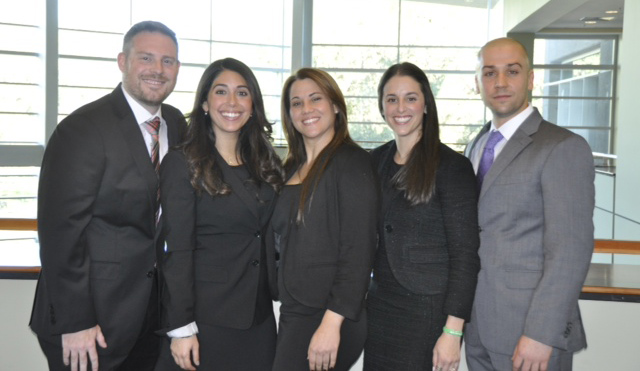 After almost 24 straight hours of pouring through spreadsheets, planning PowerPoints and many doses of caffeine, competitor Daniel Solana had one immediate reaction upon learning that his team had not placed first.

“When’s the next case competition?”

Solana, a graduate student in the College of Business at Florida International University (FIU), participated in the Intercollegiate Graduate Case Competition. He was on a five-person team from FIU’s Professional MBA program which participated in the event in Tampa on February 13-14, 2015.

The judges deliberated for a record 35 minutes after presentations from participating universities and announced that it was a “hair-splitting choice” that the University of Florida be declared the winner.

While the FIU team — which called themselves KIS (“Keep It Simple”) Consulting — was disappointed, team members were enthusiastic about what the competition offered, even as grueling as the pace is.

“In my life I have had successes and failures, and this was a success. In fact, competing was the best learning experience of the MBA program,” said Rebeka Ramos (BBA ’08), an accountant at Dawson & Associates. “My team was an amazing group of people. I gained greatly in my ability to analyze but I also learned more about myself, including my limits.”

“Through the practice sessions, coaches shared key business tools not often embedded in program curriculums,” said Ellie Browner, retired director of graduate admissions in the Chapman Graduate School, who now helps with this annual event. “In addition, students were afforded one-on-one, intense coaching on their presentation skills which will serve them far beyond the classroom.”

The case for this year’s Intercollegiate Graduate Case Competition was unusual: a group of investors wanted the teams to present recommendations of a community bank to purchase for the investors to transform into a national, high-growth financial services company.

“This was a fast-paced, real world experience rarely replicated in the classroom,” said Browner. “The teams got the case on Friday morning and had to make their presentations on Saturday morning.”

Ramos reported that KIS Consulting used an unusual presentation method, an original idea of the team, which worked very well.

“We presented each section in pairs, with two of us at a time giving information to the panel,” she said. “This kept our presentation lively and interesting.”

The presentation style is one reason why one of the judges, M. Lisa Shasteen of Shasteen Law, called the FIU team “truly exceptional.” She also expressed her respect for comprehensiveness of their research and how well they worked as a team.