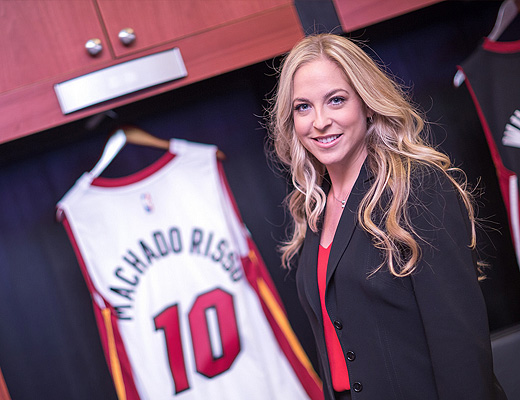 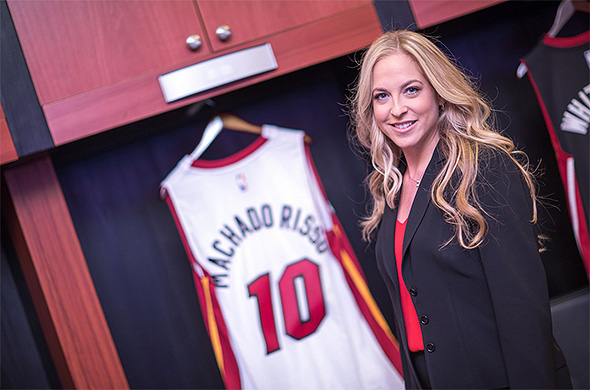 The College of Business’ Master of Science in Human Resource Management (MSHRM) program was in its early stages when Christine Machado Risso graduated in 2004. She was one of approximately 30 students in the program’s fourth cohort at FIU, and it has guided her career for the last decade.

Today, Machado Risso is the Director of Human Resources at The HEAT Group, parent of the NBA’s Miami HEAT and the AmericanAirlinesArena.

“MSHRM set me on the right path for my career and helped set me apart from others,” said Machado Risso. “I still remember the things I learned during the MSHRM program; they’re still top of mind.”

One of the MSHRM fundamentals that still stands out today is networking, Machado Risso recalled. In the program’s group projects the same team worked together, allowing for close collaboration and friendships to form. In fact, it was an FIU MSHRM graduate who told Machado Risso about the opportunity at the HEAT.

“The most important concept wasn’t only knowledge, it was also teamwork,” she added. “The program helped me become a better manager and develop my leadership skills.”

As an undergraduate, Machado Risso majored in elementary education and had every intention of entering the classroom. Then she made a 360-degree turn after getting a taste of the business world.

Why human resources? “My mom has owned a successful staffing firm here in South Florida since 1985 and seeing her as a businesswoman and an entrepreneur made me aspire to do what she does,” said Machado Risso.

“What sets the Miami HEAT franchise apart, as a workplace and as a culture, from other types of companies is how everyone who works here shares that same binding, emotional, compelling sense of teamwork,” Machado Risso said. “We win together. We lose together.” 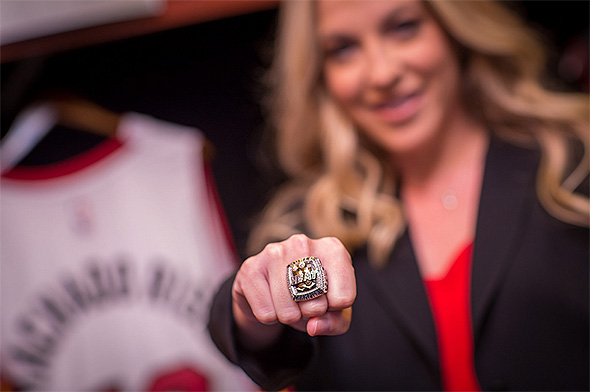 A walk through the business offices of The HEAT Group reveals walls lined floor to ceiling with photos of “the team behind the team” celebrating championships and milestones with each other, players, families, and friends. And their names are pieced together in oversized letters forming what Machado Risso calls “one giant collage of unity.”

Currently, her responsibilities include employee relations, staffing, benefits and open enrollment, training and development, plus performance management and engagement. Machado Risso is part of a six-person department with three direct reports, one of which is a fellow MSHRM graduate.

“There’s never a dull moment,” said Machado Risso, who’s now hiring for the AmericanAirlines Arena event staff. “Working with both HEAT and Arena employees brings about unique and rewarding challenges each and every day.”

Machado Risso explained that recruiters pay extra attention to resumes of candidates with a master’s degree in today’s job market. “A master’s degree most definitely provides a competitive advantage,” she added.

MSHRM positions human resources in the business context, emphasizing the importance of being a strategic partner within an enterprise as well as working in an increasingly diverse industry.

“Human resources management has become so much more than just the administrative function of the past,” said Machado Risso. “To be an effective strategic partner, you have to use your knowledge, but also good judgment.”