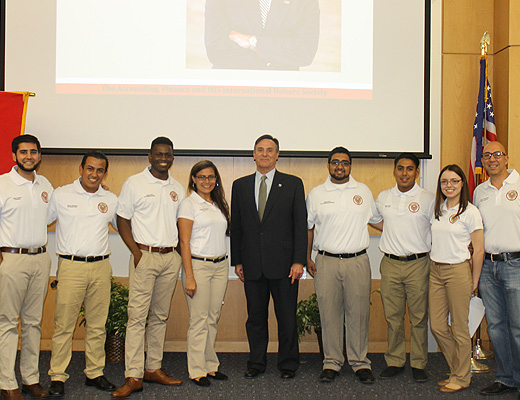 It was an easy decision by FIU’s Beta Alpha Psi chapter to invite College of Business Acting Dean Jose M. Aldrich to speak at their fall kickoff event in late August.

Aldrich has an accounting background, earning his undergraduate business degree at the University of Miami in 1973. What’s more, he was one of the founding members of UM’s chapter of Beta Alpha Psi, which he credits for undergirding later successes.

“I learned a sense of responsibility and a sense of leadership,” Aldrich told a packed room at the organization’s fall recruiting meeting. The networking and connections he made have also been crucial, enabling him to build a circle of colleagues and friendships that endured across the years.

While Aldrich went on to earn a law degree at UM, he pursued a career in accounting, building on experiences facilitated by his Beta Alpha Psi membership. When an engineering company wanted help building and running a sugar mill in the Côte d’Ivoire, they approached UM officials and were steered to Beta Alpha Psi and Aldrich, who accepted an offer to spend a month in West Africa.

“There are decisions you make that change the course of your life,” he said. That particular decision began Aldrich’s international accounting career. He went on to spend 35 years at KPMG LLP, including four years in Venezuela, and rose to managing partner in charge of the tax practice in Latin America. 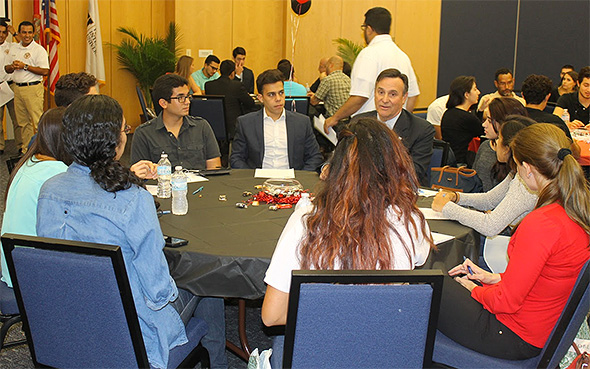 Aldrich’s story was well-appreciated by the packed room of returning and prospective members of Beta Alpha Psi, the honor society that caters to accounting, finance and information systems students. For the second straight year, FIU’s chapter received KPMG’s Gold chapter designation, awarded to student groups that have shown innovation, leadership and membership advancement. Only 12 chapters worldwide earn the honor.

Inclusion in the honor society isn’t automatic. Members must maintain a 3.0 GPA and are expected to contribute to the group and its events. But advantages are many, from opportunities to polish resume writing, practice public speaking and grow in leadership roles, to networking with colleagues and alumni. A key draw is the chance to connect with area representatives of top accounting firms – a pipeline to all-important internships and first jobs. 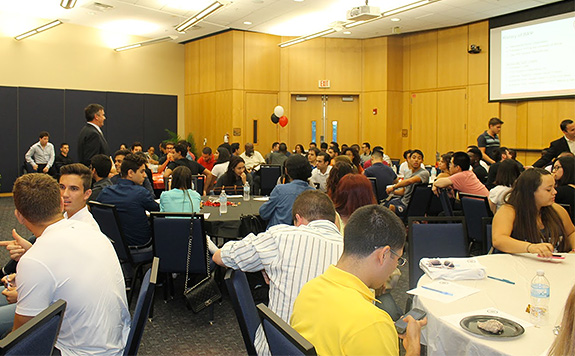 New to FIU this year and working toward Beta Alpha Psi membership is junior Cristian Calderin, a University of Florida transfer. A family friend told him about the organization. “I researched and saw they were superior – and a Gold chapter,” he said, adding that the closeness of the community and focus on service were draws as well.

“I just wanted to be a part of it and grow,” he said. “It is going to be fun and improve the person that I am.”

Adeel Sobani, the organization’s new president, wants to bring in more non-traditional students, especially those who are working long hours and don’t normally think about joining an honor society. “ I want to bring them to meet their peers. I want to enhance those students,” Sobani said. 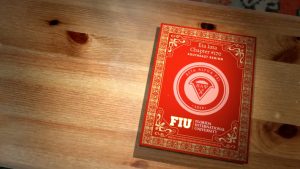