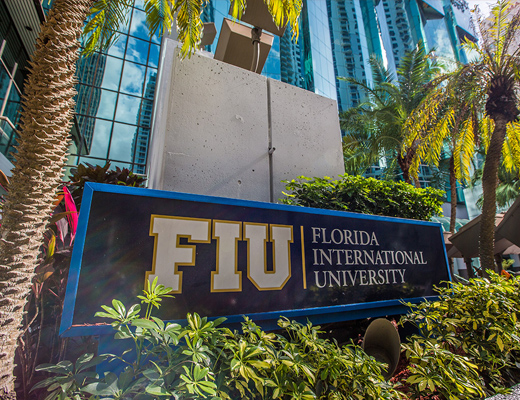 Reflections from Marcos A. Kerbel, participating adjunct professor, and his wife, Helen, are included in It Happened in Miami, The Magic City-An Oral History, a book co-authored by two Dartmouth College professors, Myrna Katz Frommer and Harvey Frommer. The book was presented at the Miami Book Fair, held in November, 2015.

A project by Roman Lukyanenko, assistant professor, and Jeffrey Parsons, business professor at Memorial University of Newfoundland, received the Design Science Award of the INFORMS Information Systems Society at the Workshop on Information Technology and Systems (WITS) at the Naveen Jindal School of Management at the University of Texas at Dallas on December 12-13, 2015. The project is entitled “Improving Information Quality of User-generated Content: Design Theory, Real-world Instantiation and Evaluation.”

Jerry Haar, professor, was quoted in an article “Exploring the underground real estate market in Cuba” by Mandi Woodruff, which appeared in Yahoo Finance on December 15, 2015. His article entitled “In human crisis capital, we need more H1-B visas, not fewer” appeared in Miami Today on January 7, 2016. In addition, his column “The Devaluation Dilemm,a” appeared in Latin Trade on January 20, 2016.

Nathan Hiller, associate professor and academic director for FIU Center for Leadership, conducted a leadership development workshop for mid-level managers at the Centers for Disease Control (CDC) in Atlanta on December 9-10, 2015.

Carlos M. Parra, clinical professor, participated in a “Powering the Sunshine State” panel on December 4, 2015, at the Milander Center in Hileah, Florida, held in conjunction with the art exhibit “CLIMA” by Xavier Cortada.

William Hardin III, Director, Tibor and Sheila Hollo School of Real Estate and Jerome Bain Real Estate Institute, made two television news appearances in stories regarding the Treasury Department decision on all-cash luxury real estate deals in Miami in WTVJ (Channel 6), and WPLG (Channel 10) on January 13, 2016. He was also quoted on the topic in articles that appeared in the Sun-Sentinel on January 14, and in the Daily Business Review on January 16, 2016.

Suzanne Hollander, instructor, was quoted in an article by Mandi Woodruff “I thought buying a house with friends might be fun. I was wrong.” The article appeared on Yahoo! Finance on January 14, 2016.