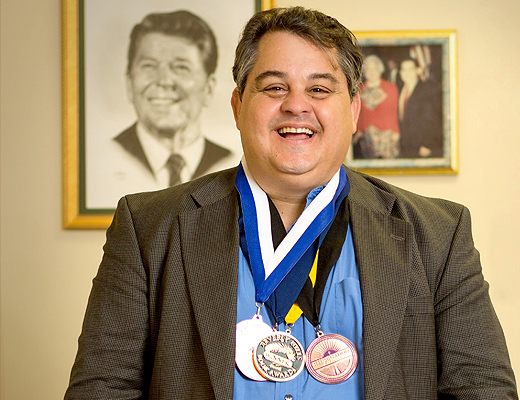 Barred by diabetes from eating sweets, Joseph Semprevivo was determined to find a way to enjoy the baked goods he craved. Diagnosed at 9 years old, he had no cooking or baking experience, but really missed the sugary treats.

Two years later, he started experimenting in the kitchen of his parents’ restaurant. At 15 years old, Semprevivo began making 160 sugar-free oatmeal cookies per day and delivering them to local markets in New Mexico, Texas and Arizona.

They were a hit – and the start of Joseph’s Lite Cookies, founded in 1986. At the time, sugar-free sweets barely existed and consumers associated them with “tasting bad.” Joseph’s natural products made the flavors stand out.

In addition to local markets, Dollar General and Dollar Tree quickly picked up the cookies. They were sold on QVC network for six years. Today, Joseph’s Lite Cookies are stocked at 140,000 retailers in the U.S. and sold internationally in 42 countries. Semprevivo moved the company’s headquarters to Sebastian, Florida in 2002.

It wasn’t just Joseph’s Lite Cookies that made Semprevivo, a New Mexico State University undergraduate, a success. Real estate became a big factor in his entrepreneurial growth, as he bought factories, office space and land for development.

Semprevivo credits some of that success to the College of Business’ Masters of Science in International Real Estate (MSIRE) program at FIU and professors including William Hardin and Suzanne Hollander. Semprevivo graduated FIU winning the Directors award, Leadership Award and Best Student Award.

“It was an amazing program that prepares you to learn and gives you tools to learn,” Semprevivo noted. “I’ve used my MSIRE degree many times over; made a really great return on my investment.

As Semprevivo increased his real estate purchases, those lessons helped him take the right steps – conducting a full cost analysis for each venture, understanding the development costs of a project, and knowing how every transaction influences the next.

The hybrid MSIRE program offers in-person classes as well as an online component, features that made it attractive for Semprevivo to attend classes.

As a resident of Vero Beach, “I had the flexibility to drive down to Miami for class if I wanted to or watch it on-demand at night from home,” he noted. “The program is very rigorous. It’s designed for dedicated people who want to put their time into it.”

Semprevivo’s success has opened doors for others. He now provides full scholarships each semester to two students enrolled at his New Mexico alma mater.

He also hopes his story will inspire others. In 2013, Semprevivo published “Madness Miracles Millions,” co-written with his father Larry, which tells the story of the Semprevivo family and how they overcame financial difficulties and health problems to find success.

“What you put into life is what you get out of it,” said Semprevivo, who mentors high school students and college graduates. “I want to look at the big picture and have an impact on America.”