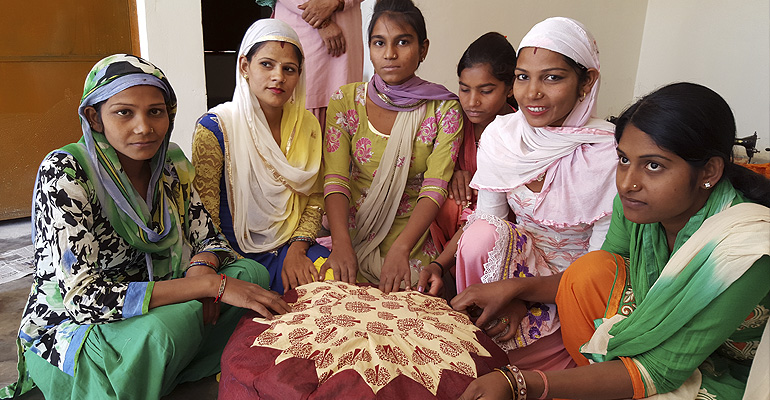 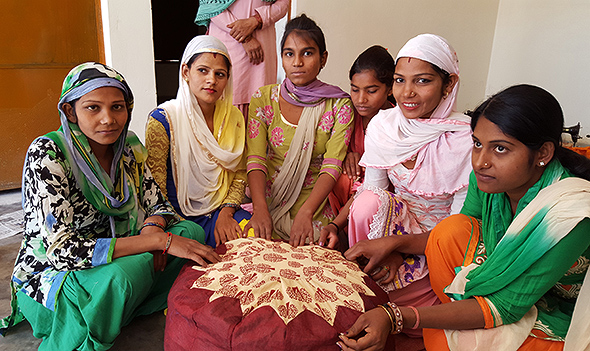 It was a concept born in Venezuela and nurtured in Miami by Florida International University (FIU) business students. Now, it’s flowering in India, where it could improve the lives of women and girls in a village ravaged by poverty.

Meet the Moroccan pouf, an ottoman-style hassock with a production plan that offers a path to business accomplishment for a deserving population.

In March, nine FIU College of Business students, all studying international business and members of the International Business Honors Society, went to the northern Indian village of Bandhwari, near New Delhi, armed with pouf patterns and a business plan that builds on abilities the women already possess.

Producing the hassock is giving the village’s women and girls a chance to start a business and change lives often circumscribed by a lack of education and traditional ideas of women’s roles. 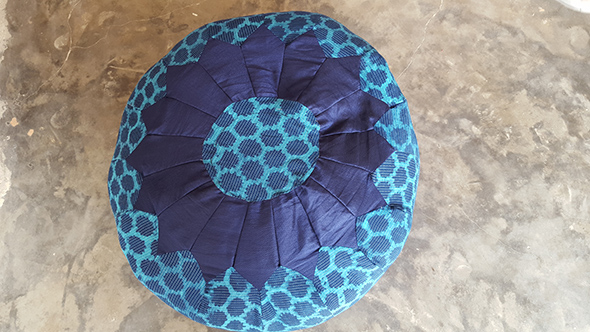 “We are looking to empower women who can’t leave the village to get an education,” said Sofia Garcia, a junior and marketing director of the society, who dreamed up the pouf idea.

Garcia, long interested in arts and crafts, has a close cousin who studies fashion design and makes a similar product in Venezuela, where she and Garcia both grew up. “She taught me how to make the initial pattern,” Garcia said.

The pouf production concept was an immediate hit last fall when the international business students were seeking an overseas project, said David Wernick, senior lecturer in the COB’s Department of Management and International Business. He took on the role of faculty advisor to the society this academic year and believed the annual trips – a service and business-skills focused alternative to spring break — could be more ambitious. 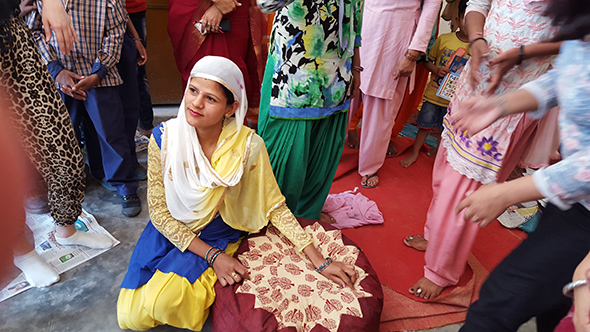 Wernick had visited Bandhwari in 2012, on a professional development trip, and was struck by its poverty. “The local schoolhouse didn’t even have desks or chairs so the kids had to sit on the floor. And the teachers only bothered showing up half the time. It was a really sad situation, yet the little kids were so spirited and had so much energy and joy in their eyes,” he said.

When he presented the concept of working in Bandhwari to the honor society students, they felt Garcia’s pouf proposal would match wonderfully with the sewing skills many of the Bandhwari women already possessed. The Miami logistics firm WTDC, where Garcia has an internship, awarded her a $1,000 scholarship to help fund the trip.

A path to success via fabric and Excel.

The real excitement came after the students got to Bandhwari itself. Once in country, they shopped for fabrics in the marketplace – choosing color combinations that would appeal to Western customers — and the remainder of the time was spent teaching the women and girls to craft the poufs on their antique sewing machines and educate them about a business plan, including Excel spreadsheets. They even designed a story card to accompany each product.

Students learned as much as their pupils. “There are a lot of charities where you can go out and do things, but you don’t put in your own intellectual effort,” said Garcia, who noted that crafting the project from the start deepened the experience.

Junior Camila Li, vice president of the society, said the trip was a vivid example of what it takes to start a business. Still, the people-to-people connection is indelible.

“I am proud we were able to change the lives of kids, teenage girls, and women in Bandhwari, but they also allowed us to learn about an entirely different culture and taught us to appreciate the small things in life,” she said. 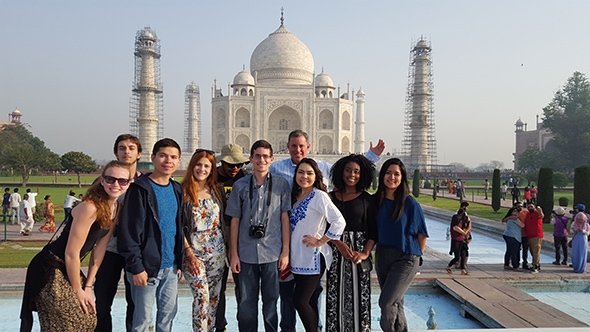 The village threw a colorful Bandhwari-style party as the trip wrapped up, replete with music, dancing, food, and song. “As we boarded the bus to leave the village there was barely a dry eye in the group,” Wernick said.

The plan is to make India the annual trip destination. A liaison in India is working with the women and in contact with the FIU group to keep the momentum going.

Back in Miami, the students are refining the business plan and brainstorming about other handmade products the village could produce for sale abroad.

“A lot of people are interested in buying products with a story,” Wernick said.

These products have a great story — and one that is still unfolding.”