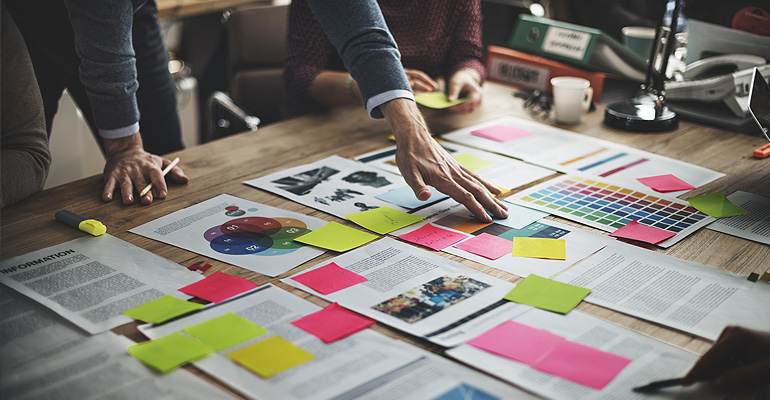 School of Accounting professors Kannan Raghunandan and Dasaratha Rama met in 1985 as young professionals working at a computer company in India. While it is not unusual for academics to be married to other academics, Raghunandan and Rama are not only life partners, but research partners, who, both separately and together, are prolific in expanding the boundaries of accounting research. Raghunandan is ranked tops in the world in the number of scholarly auditing research papers published in select journals. Many are co-authored by Rama. 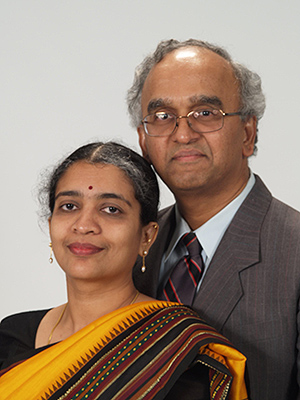 They started in academia as assistant professors in 1990. For the first four years they seldom worked together on research papers. Then, they began collaborating and haven’t stopped. “We have been together everyplace,” Rama said. That includes Texas A&M International University, the University of Massachusetts – Dartmouth, and Bentley College. Often, they had adjacent rooms. “He is often sitting in my room and messing it up,” says Rama; he once used her office for almost a year after he misplaced his office keys.

These days, as faculty members at FIU’s College of Business, their interests have diverged somewhat. Rama has become increasingly involved in The PhD Project, a New Jersey-based non-profit aimed at helping minorities earn advanced business degrees – the golden ticket in obtaining tenured professorships and shaping the next generation of business students and research. Rama has been involved with the group for more than 10 years and is writing a book based on the initiative with the working title, “Growing Systems of Success.”

One of the book’s aims, she said, is to help young minority students learn more about the advanced degree – and that it is within their reach. The project strikes a chord for Rama. In India, she was one of only four women in her 200-strong engineering class. “At some level I understand the kind of experience minority students go through,” she said.

Her enthusiasm was particularly fired when the project began using personal stories as a way to reach young minority students. “It was a pretty interesting experience for an academic,” much of whose work is analytical, she said. The organization, she added, “has just taken something natural and harnessed it into a force for change.” Students are motivated when they hear stories and conclude, “There is somebody just like me; they did the PhD, and I can too,” Rama said.

A focus on auditing research.

Meanwhile, Raghu’s work has focused on how auditing’s watchdog role is transforming in today’s economy. Many of his research papers have been cited by the SEC and GAO, and his work has been used by standard-setting bodies, such as the PCAOB and the Auditing Standards Board.

A recent paper (co-authored by Rama) looked at how input from shareholders on selection of a public company’s audit firm affected the board’s auditor hiring decisions. Raghunandan decided to do the research after the SEC opined that companies did not have to offer shareholders a voting option on auditors because they felt it made little difference – despite guidance to the contrary from a U.S. Treasury appointed Advisory Committee on the Auditing Profession.

In fact, Raghunandan’s paper found that the board will take heed even if only a small fraction of shareholders object. “If five percent speak up, boards listen and take action,” Raghu said. Philosophically, the shareholders are the owners, “and why should they not have a say?”

And while Rama works more at home, where she homeschools the couple’s younger son (their older son is working on his Ph.D. in Accounting at Stanford), and Raghu is seen more at school, they still act in harmony.

“Obviously, it helped to have someone like Rama with me – she is a quick writer and the diplomat in the family,” Raghu said.

“We do things together, but we also have our own interests,” Rama said.

Ruth Ann McEwen, senior associate dean and director of the School of Accounting, noted that the pair have personally and professionally enhanced the department.

“Their depth of research, and commitment to the profession, have inspired both their colleagues and their students,” she said.