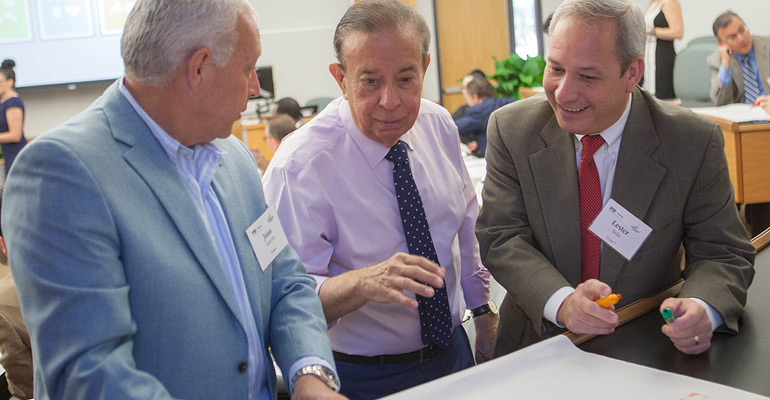 A research paper authored by Associate Professor Antoinette Smith and Assistant Professor Jonathan Milian titled “An Investigation of Analysts’ Praise of Management During Earnings Conference Calls” was highlighted a story titled “Great Groveling, Guys: Counting All the Ways Analysts Fawn Over Management” published in The Wall Street Journal on March 10, 2017. The paper was featured in the March 17, 2017 edition of Fortune.com’s Data Sheet, and in a story titled “Another great quarter: study reveals how much analysts praise management” published in IR Magazine on March 17, 2017.

Instructor Ali Gungoraydinoglu and Associate Professor Ozde Oztekin have authored a paper titled “Political environment, financial intermediation costs, and financing patterns,” which has been accepted for publication in the June, 2017 issue of the Journal of Corporate Finance.

Professor Dinesh Batra, Associate Professor Weidong Xia and PhD student Ming Zhang have authored a paper titled “Collaboration in Agile Software Development: Concept and Dimensions,” which has been accepted for publication in Communications of the Association for Information Systems.

Chair and Associate Professor Monica Chiarini Tremblay and Assistant Professor Min Chen have authored a paper, titled “Information Quality Challenges in Shared Healthcare Decision Making,” which has been accepted for publication the ACM Journal of Data and Information Quality.

Haar was featured in a live interview on April 6, 2017 segment titled “Trade in the US” on CNN Dinero, a program on CNN en Español. He was also quoted in a story titled “After 2 years in the doldrums, economies in the Americas are back on the road to growth,” which ran in the Miami Herald April 24, 2017.

Instructor Suzanne Hollander has been appointed by the U.S. State Department to its Fulbright Specialist Roster as an Expert in Real Estate for a three year term.