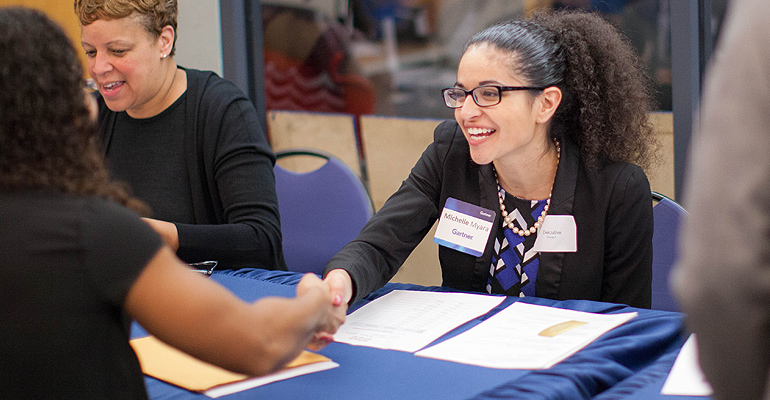 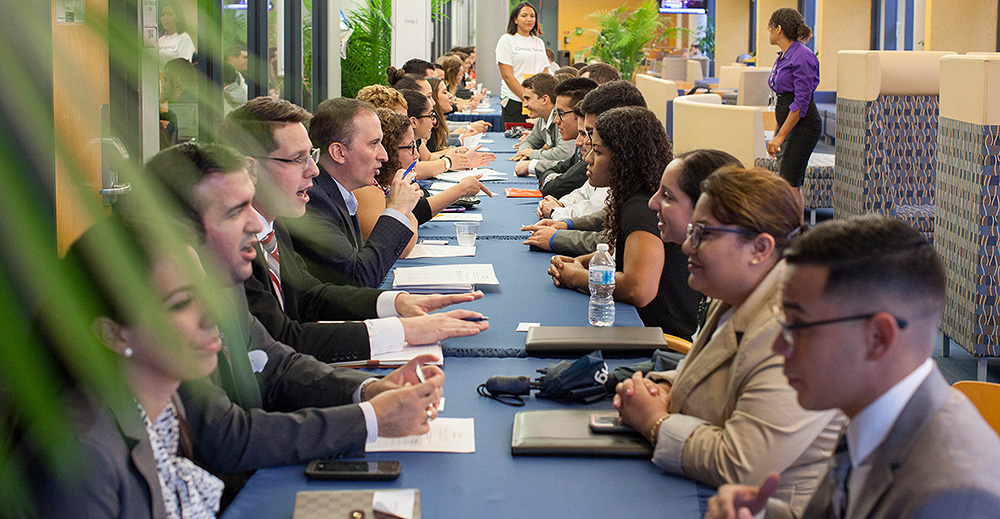 Jennifer Elias of Carnival Corp. watched as FIU Sales student Melanie Crespillo pitched an advertising spot to the owner of a family-owned furniture store looking to expand in South Florida. The owner’s objective: get a competitive edge versus business rivals.

Her pitch explained how advertising could be targeted geographically and demographically on channels watched by millennials residing downtown and in other urban areas.

Elias’ take on Crespillo’s pitch? “I’d hire her in a minute.”

“She had a take-charge disposition, she was very impressive,” said Elias, a recruiter at Carnival. “She covered it all quickly and assertively closed with a follow-up meeting.”

Elias was one of many professionals to serve as judges as College of Business students sharpened their negotiation skills and product pitches by selling an advertising contract on Comcast Spotlight as part of the 2017 Panther Sales Tournament. 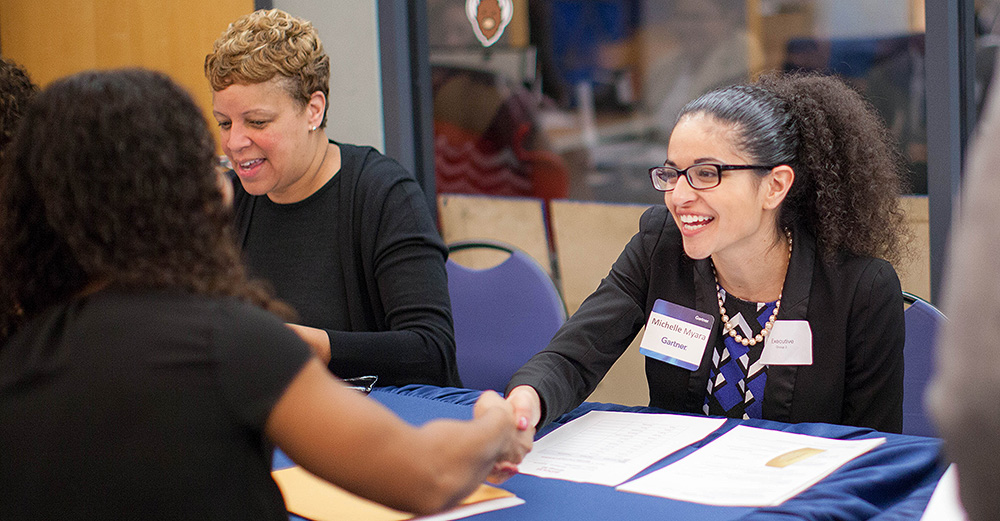 This fall’s tournament was held October 5-6 at the college’s Global Sales Lab. All of the buyers and judges in the two-day tournament were sales executives from local and national companies. Comcast was the event’s product sponsor and 31 other companies came in as sponsors.

During the 15-minute in-person meeting, students had to showcase Comcast Spotlight and the benefits of advertising on their platform. They were also challenged to build a rapport with the buyer, highlight audience and dollar value, address any questions or objections, and secure a follow-up meeting to seal the deal.

“I did not have anything like this in college,” said Paul Vignau, director of sales at Comcast Spotlight, and one of the competition judges. “Going through the sales process while knowing executives are watching and judging you is extremely difficult.”

Vignau, who has been with Comcast for six years, highlighted the students’ efforts, noting that Comcast Spotlight is a complex product and not easy to sell.

“A program like this one is a huge benefit because many marketing majors end up in sales,” he added. “Even if you don’t end up in sales the skills learned are valuable when interviewing for a job. If you know how to do a needs analysis and a good presentation, it’s a great advantage.”

This was the first Panther Sales Tournament for freshman Brian Escobar, a marketing major. As he sat before Vignau, Escobar tried to control his nerves and focus on the three P’s – prepare, practice and present. 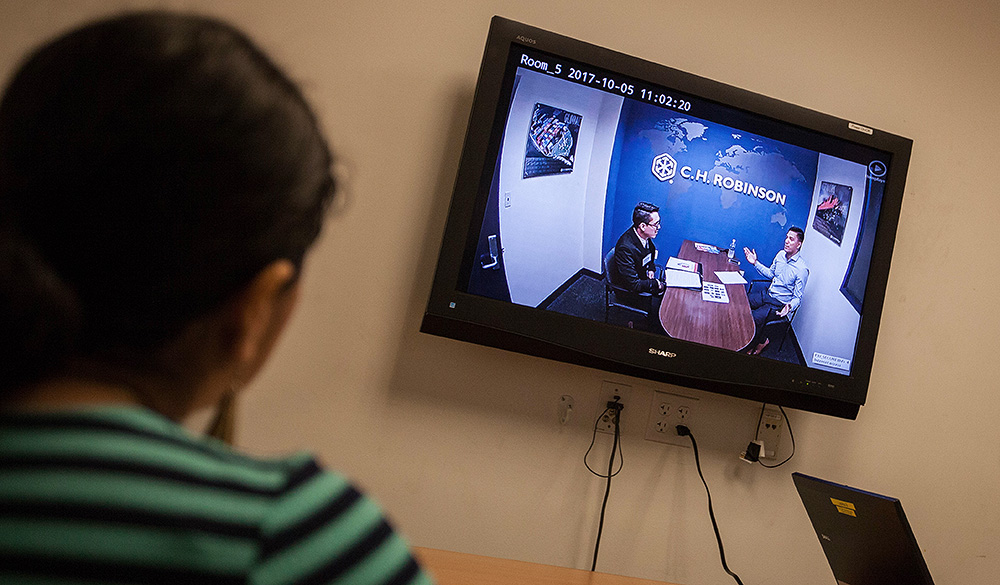 “Participating in the competition gives me awesome exposure to executives in the industry, and through networking, I can get a head start,” said Escobar, who hopes to be a venture capitalist and own his own business.

This semester, 69 students competed in the tournament and of those, 16 also competed en español.

FIU’s Panther Sales Tournament is one of the only U.S. programs to include a Spanish-language track, where the selling and buying are conducted in-language and Hispanic executives judge the students.

New this year was the Panther Exchange, a speed networking event where students were tasked with giving a one-on-one “elevator pitch” to an executive indicating why they would be a great candidate for their company.

Now in its fourth year, the Panther Sales Tournament reflects the ongoing growth of the FIU Professional Sales Program, which includes a professional sales minor, a certificate program, and a sales team that competes at national events.

A central part of the program is the Global Sales Lab, which features 12 sales training rooms, each equipped with a camera and microphones as well as recording and playback capabilities.

Winners of the 2017 Panther Sales Tournament 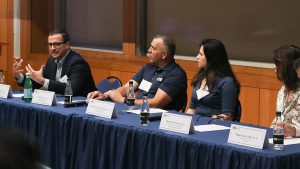 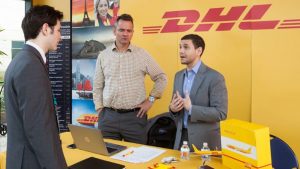 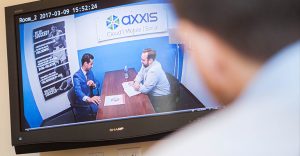