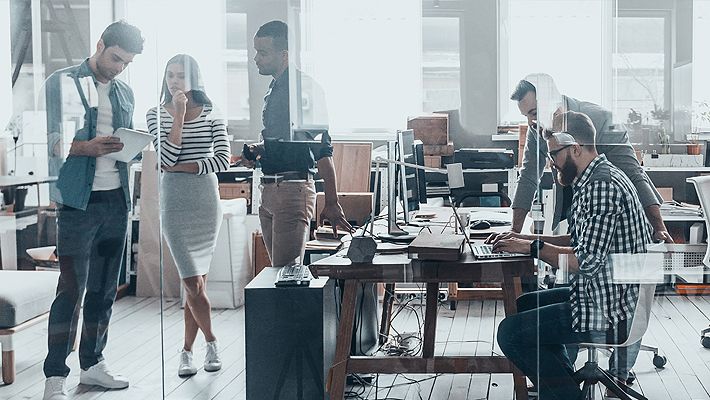 After winning both the FIU track and the People’s Pick of The Miami Herald Business Plan Challenge, the folks behind Redify said they are ready to put their product on the market.

“We are now moving to where investors will become interested in what we are doing,” said Victor Okoh, (PhD ’11, Public Health) CEO of Redify, an app that allows consumers to scan a product to see if it contains chemicals that may be harmful to one’s health. 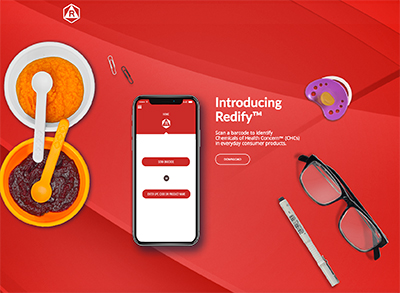 Now in its 20th year, the Miami Herald Business Plan Challenge is presented by FIU’s Pino Global Entrepreneurship Center and the College of Business. The FIU Track, one of three tracks in the competition, is open to all FIU students and alumni.

The adage that “necessity is the mother of invention” rang true for Okoh, who came up with the idea for the app when his concerned wife found out from a pediatrician that their twin daughters were developing prematurely, probably from chemical ingredients in products they used.

“Once they stopped using those products, they did not develop as quickly anymore. They were developing regularly,” Okoh said. “Those ingredients are not just endocrine disruptors, but also are immune toxicants, carcinogens and they also contribute to obesity and ADD/ADHD.”

His wife began to regularly call Okoh, who at the time was working on cancer toxicology in an environmental science lab, to ask him about ingredients in other products while shopping, and they began to realize there were several questionable products.

As this was happening, Okoh worked with another public health scientist, Karina Villalba, (PhD, ’14 Public Health) and they talked often about what was going on. She decided to join him on this important venture and is co-founder and senior scientist. They have since added three more core members: an attorney, an app developer and a branding/marketing expert that helped come up with the name Redify: red stands for recognize endocrine destructors and they added the ify, to turn the noun into a verb, just like Spotify.

Okoh said Redify has been well-received by the public, not just because it tells of harmful ingredients in everyday products, but because it also offers alternative products with no harmful ingredients. The app was put in the Apple App Store for beta testing in February and, without a single promotion, some 400 people had downloaded it and it now has 7,000 user engagements. It currently being tested on children’s products, but they’d like to expand to makeup, food and other product lines. That’s why Redify is looking for seed funds fast, he said.

“It’s important for us to get this product to the market quickly,” Okoh said. “If we take too long, we may get spoofed or knocked off. It can be done by someone with the right sum of money and determination, but I am hopeful that the Angel community in our region will come through for us.”

A new path to athletic training: the app. 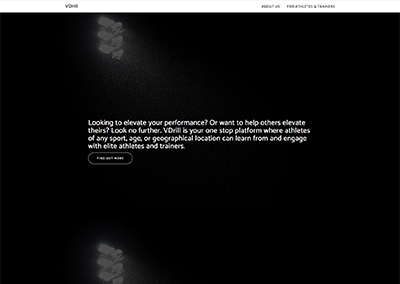 All athletes train, but some can’t afford effective training or a trainer–and that’s the void VDrill fills. The app allows for trainers to manage multiple clients and for athletes to manage schedules and measure progress. VDrill also helps athletes who lack the resources for effective training by providing them a platform that serves as a personal training tool for all.

Walker is the founder of VDrill and his roommate, Jolly, a computer science major, taught and helped him gain an understanding about the technological side of what he was trying to accomplish. During the time Jaleel was helping Walker understand the software, Walker was writing the business plan that helped his company place second in the Business Plan Challenge.

Once the business plan was finished, Wert, a sophomore majoring in marketing, helped pitch the idea to a retired real estate investor for funding. They applied to Startup FIU but were denied, so they continued to look for help and found out about the Small Business Development Center at FIU.

“Receiving help from them was the best decision we made, because it helped us set up our company the right way and all the advice we received helped us place in the Miami Herald Business Plan Challenge,” Walker said.

Currently, they are in beta testing with around 200 users and are looking for software developers and help from FIU’s kinesiology department for research and development of their proprietary algorithm that they plan to implement in their app.

“FIU is a great place to network,” he said. “Students with a business idea should most definitely seek consultation from the Small Business Development Center (SBDC at FIU). Students should try to talk to as many people as possible because everyone carries different skill sets, that when combined can create great innovations.” 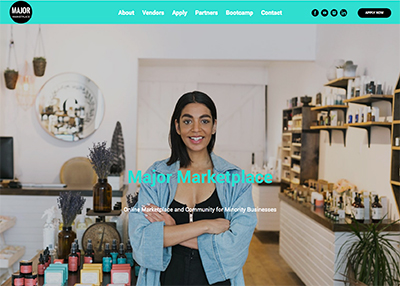 “My team is made up of FIU grads, and without them, I wouldn’t be able to do this,” said founder Leyanis Diaz (BS ’15, Communications).

In addition to the networking and support she received from Phi Mu Fraternity, she said she received guidance, mentorship, and expertise from StartUp FIU and other departments.

“FIU has always been there for us; we know we can always count on our university regardless of our needs,” Diaz said.

Jesus Padilla, program coordinator at Florida SBDC at FIU who coordinates the university’s participation in the Herald Business Plan Challenge said, “This year was very competitive, and it was difficult to select the top six in the FIU Track.”

He also noted that the business plans were very innovative. “Each semi-finalist took advantage of the resources provided to them to take their platform to the next level,” he said.