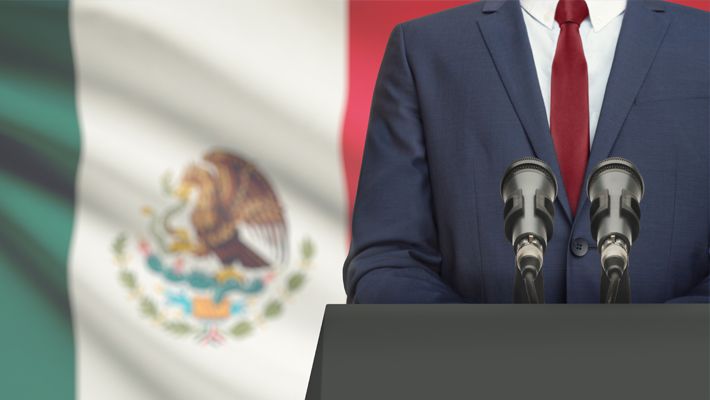 Andrés Manuel Lopez Obrador (AMLO) just won the presidency of Mexico.  He is a populist firebrand who dislikes government institutions and as Mayor of Mexico City, ignored an order by the country’s Supreme Court.  He encourages Mexicans to break laws he dislikes.  Likewise, for years he criticized the North American Free Trade Agreement (NAFTA).

That is important because Mexico is the third largest trading partner of the United States and; the roughly $1.6 billion of goods that cross the border each day support some five million U.S. jobs.  The two countries share a nearly 2,000-mile border.  No two countries cooperate so much on so many things as do the U.S. and Mexico.

AMLO’s election is another in a world-wide trend:  Seven European countries are now led by populist governments and it is threatening the viability of the European Union.  In four others, the ruling party shares power with populists.  Marine le Pen, a populist/nationalist leader narrowly lost in France.  Britain voted to exit the European Union, based mainly on populist, nativist rhetoric and the United States elected a populist president.

Populism gains popularity in economic downturns, blaming the downturn on someone.  A charismatic leader—whether a member of the downtrodden group or not—identifies with them and rallies their support by whipping up anxiety and division; there has to be an enemy.  It is “us” versus “them”, the pure against the impure:  tribalism.  It is now setting the political discussion agenda in countries around the world; other parties have to respond to it, and often they have failed to find something resonant to say.

Governments have not had the wisdom to protect large portions of their populations from the harms resulting from job loss due to technology or global incursions and displacements due to globalization.  Populist leaders seeking to mobilize support use this situation to their political advantage.  The result often has been to blame the globalizing world and things foreign for the problems.  This inward looking political resolve is accelerating the unraveling of time tested international law, treaties (that make goods available and cheaper) and institutions by calling for complete withdrawal from them.  Populists don’t often fix the problems, they just blame others.  History tells us that populist governments generally have shoddy records, often with harmful results.  Destruction of the system is a bad move for the world; poverty rather than prosperity will likely result.

Globalization comes from the ground up, not from the top down.  It is hundreds of millions of consumers making billions of decisions every day that are to their advantage, buying things they want.  Often foreign goods are not made at home or are cheaper, thereby increasing the consumer’s purchasing power.    If people stopped buying foreign goods, globalization would stop.  Certainly, those countries should be stopped that manipulate their currency or dump their products or subsidize and thereby advantage their companies, and collective effort is required to stop such behavior.  A single country cannot.

The major problems that face the world today cannot be fixed on a unilateral basis.  Terrorism/jihadism, global warming, cybersecurity, the proliferation of nuclear weapons, refugees, all require multilateral cooperation.

There may be cause for optimism, however.  AMLO toned down his rhetoric in the final days of his campaign and said that he wants to work with the government of the United States for the counties’ mutual benefit.  Of course, it takes two to Tango—or three in the case of the North American Free Trade Agreement, but maybe good things will happen.  Further, populism generally sews the seeds of its own political demise at the ballot box.  And countries like the United States, despite a current relative weakening in international affairs and a recent abandonment of its international obligations, can fix things if it is able to overcome the political tribalism at home and present a unified front to the world; if it understands once again the value of collectivism.