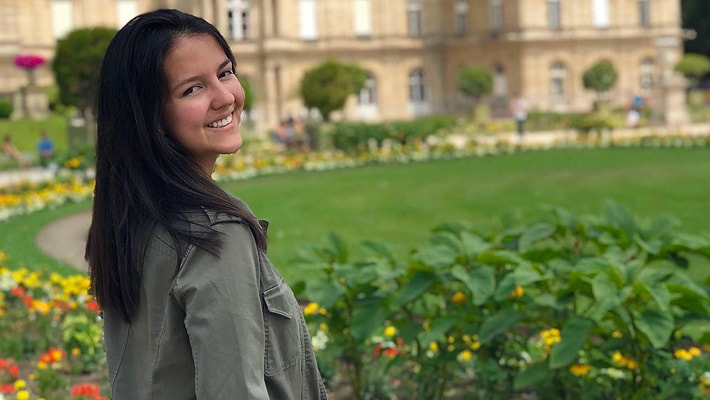 Editor’s note: Daniela Rico is a marketing and international business major who serves as an International Student Ambassador in the Office of Global Initiatives.She reflected on her first experience in Paris as a study abroad student spending the semester at the Dauphine Paris Business School.

I had never felt this anxious, excited, and scared all at once. After weeks of planning and not stopping to realize that the day was getting closer, I found myself there. The day had arrived and it was finally time to head to the country I always dreamed about living in… France. I did not know what to expect the moment I arrived or what to expect for the next six months, but I was boarding a plane to Paris; leaving my family, friends, and all I ever knew behind.

With this mix of emotions inside me, sleeping was impossible. I spent hours thinking about meeting my host family for the first time, how I was going to get to their house, what if the airline lost my luggage, what if I got lost in this foreign place? Every possible thing that could go wrong was going through my head.

I arrived, got my luggage, hailed a taxi and finally got a chance to breathe. Once it all sunk in, I felt joy. As the taxi entered the city, I noticed the breathtaking renaissance architecture, the small street cafés, the aroma of freshly baked baguette, I was so happy. 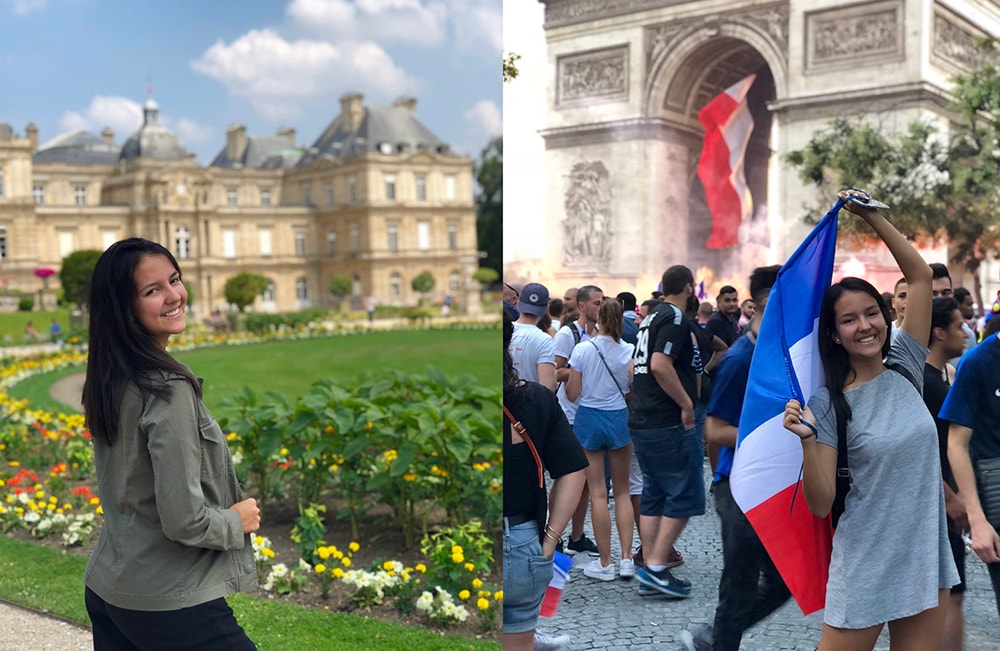 We came to a stop and the taxi driver said “c’est ici” – “here it is.” I got out, the taxi left and right then and there, I was alone. I walked to the big wooden door with the number 14 on top of it, searched for my host family’s name on the directory and rang the button. There was a beep, the door opened, I went up five flights of stairs and got to the apartment. The door of the apartment was already open and I peeked my head through the door to see if anyone was inside. A woman leaped to the door and welcomed me inside her home.

The whole family was in the living room waiting for me. They spoke in French and it was too much and way too fast for me to process. Once again, I felt a mix of emotions. I took a deep breath, began speaking my extremely basic level of French, they spoke slower and it became easier. 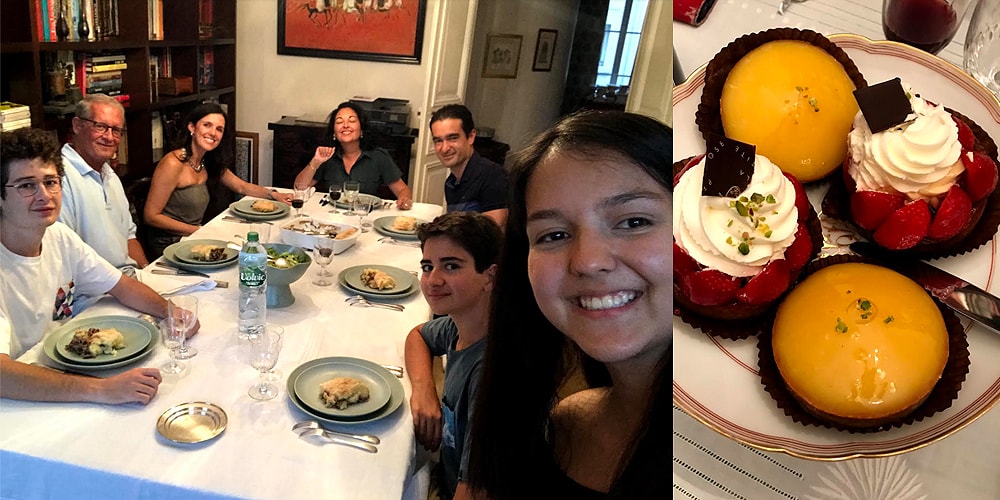 They showed me around the neighborhood, we walked the narrow streets filled with families and people riding bikes in suits. It was the most beautiful day: bright blue sky, trees with all tones of green, colorful flowers around and the beaming sun. All the distinct noises of the ambulances, small European cars honking, children laughing; every sensory feeling was heightened.

Soon after, we went to eat in this little French bistro, with bold red walls, dark weathering tables, and a classic Edith Piaf song playing in the background. In that instant, filled with jetlag and my body wanting nothing but sleep I fought the thought and feeling because I didn’t want the day to end. There I was, looking at every interaction, detailing every corner of the restaurant, listening to all the distinct conversations, and seeing it all in slow motion. I would be lying if I said I remember what we ate but it was probably delicious, as were most things I had in Paris.

This specific day brings a smile to my face. I have this day recorded in my mind as if it were a video. I remember everything I felt, said, heard, and saw. Being in one of the most beautiful cities in the world and knowing that I to put in the work to get there… it’s priceless. 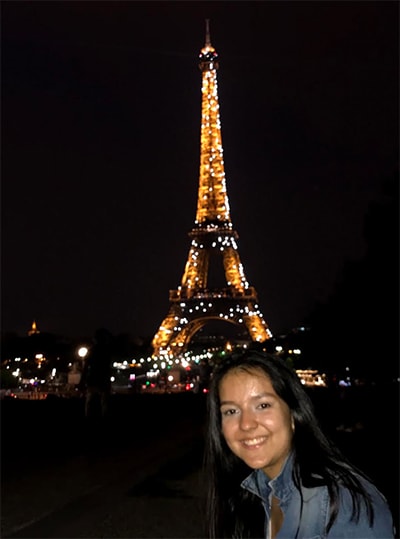 Change is necessary to grow. Getting uncomfortable is what gives you the rush needed for fulfilling life to its full potential. Going abroad for six months was life changing. It was the absolute best thing I could have ever done for myself. I learned so much and had the time of my life. My “famille française” were so amazing and to this day, they mean the world to me. Now I have a second home in Paris and I can’t wait to go back.

View all posts by Daniela Rico → 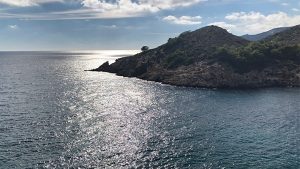 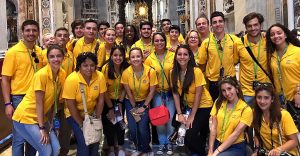 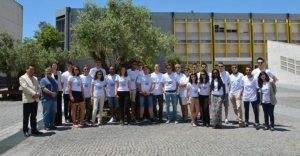