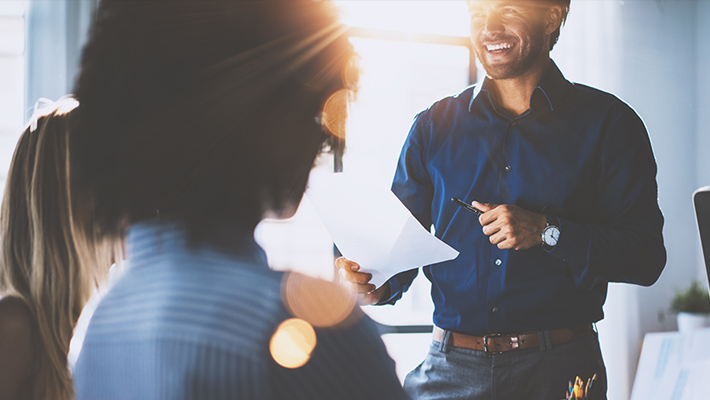 FIU Business alumnus Phani Sai Manohar Gandrakota (MSMIS ’17) has been a software engineer at Citrix for three years. He credits the Optional Practical Training (OPT) program with giving him the workplace experience he needed to secure his professional future. The program allows international students to work in the U.S. for up to three years after receiving their degrees.

“Today, I have the education I wanted to gain and the necessary tools and training that will give me more experience in the U.S.,” said Gandrakota, who also obtained an H-1B visa, the immigration permit for temporary workers in specialty fields, with help from the OPT and Citrix’ sponsorship. “I’m more useful to the company in the long run.”

While international students can remain in the U.S. to work for up to 12 months after they graduate, those with degrees in science, technology, engineering and math (STEM) fields can extend OPT for another two years.

“OPT helps companies fill tight markets that require very specialized candidates, because not everyone studies these fields,” said FIU Business Dean Joanne Li. “Retaining these talents is crucial to the success of our own companies and their employees.”

In an open letter to U.S. governmental leadership, 50 business school deans called for high-skilled immigration reform as a matter of urgent economic interest. Among them is Bill Boulding, dean of Duke’s Fuqua School of Business, who argues that “to a casual observer the suspension of OPT would seem to support American workers, economic data show that such a move will actually damage U.S. citizens.”

On June 22, President Trump signed an executive order suspending the H1-B and most other visas for foreign workers through the end of 2020.  However, for the time being, the OPT program remains intact.

Colleges and universities with large populations of international students feared that should OPT be suspended, they would face a steep decline in enrollment during the 2020-2021 academic year. The American Council on Education predicts that overall international enrollment for the next academic year could decline by as much as 25 percent.

“Schools in the U.S. remain attractive to international students, but business schools must commit to diversify their enrollments not only solely for revenues but also for the important task of developing workforce that can think global and interact with diversity.  Elimination of such program will drastically diminish the competitiveness of U.S. business schools in the race of competing for talents,” said Li.

Recent estimates from the CATO Institute indicate that after the 2018-19 academic year, more than 223,000 new graduates remained in the U.S. under OPT, up from 106,000 five years earlier.

“Cancelling the OPT program would hurt the international student population, the majority of whom are coming to stay and work,” said Richard Klein, associate dean of the R. Kirk Landon Undergraduate School of Business. “Many will have to return to their country of origin. In some of these countries, there are job opportunities, but the pay is much less and in others, opportunities don’t exist.”

“Such a policy (eliminating the OPT) makes no economic sense – harming companies and the national economy,” said Jerry Haar, professor of international business. “And no educational sense, hurting universities that need to increase enrollment and negatively impacting foreign students who seek to practice what they learn in the classroom.”

He added that since most OPT recipients in STEM fields found a way to remain in the U.S., the “gateway” OPT program has actually enhanced U.S. economic security.

Ina Thakur (MSMIS ’16) explained that without OPT it would have been very difficult to secure a job and help her pay off student loans and would have likely returned to her native India. And even when H1-B was active, the visa was not easy to obtain. It took three tries, but Thakur was approved for an H1-B visa, and today she is a business intelligence engineer at Amazon, focused on identifying how the company can improve delivery options to benefit consumers.

“Are we taking away jobs? No,” said Thakur. “If that was accurate, why would companies sponsor your visa and invest in you so much?”