Nearly half of South Florida homes sold in December did so at a loss, a 4 percent increase from the previous year and a “disturbing” sign for anyone with a home on the market.

The data, released this morning by analysts at Zillow.com, evalu 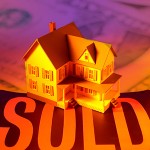 ated sales by region, county and ZIP code — a measure that showed 53 percent of West Palm Beach homes sold at a loss in December, while 68 percent of Port St. Lucie homes were purchased at prices lower than the previous sale.

Ken Johnson, a Florida International University professor and real estate economist, said the statistics don’t surprise him. They reflect how inflated prices had become during the boom, he said.

Read: “Half of homes in South Florida sell for a loss ,“ an article from the PalmBeachPost.com.