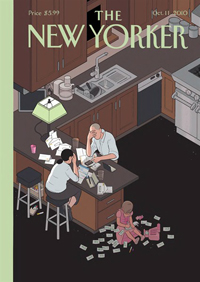 The Florida Marlins may not have made it to the World Series this year but interesting baseball news in South Florida persists even for those not following the series. It comes via an article in The New Yorker, written by Malcolm Gladwell, best-selling author of Blink and The Tipping Point, among others. In “The Talent Grab: why do we pay our stars so much money?,” Gladwell seeks to answer that troubling question, finding a number of clues in work by Aya Chacar, a member of the College of Business Administration’s Department of Management and International Business at Florida International University (FIU).

While most analysts focus on rising salaries, Chacar was fascinated to find out that baseball players had seen their salaries go down, at the turn of the century, relative to the revenues from the game. Though not a baseball fan herself, she turned her attention to “America’s pastime” to try and explain this phenomenon.

“What Gladwell drew on is that there are different implicit social contracts between employees and their companies, and under some of them, employees may not even attempt to get the fair market value for their work,” she said.

Though her research probes baseball, its conclusions about soaring compensation can be generalized to other sectors. In fact, that’s exactly what Gladwell did.

“He applied the explanation about salary trends to other fields such as investment banking and book publishing,” she said.

“One of them explores the factors leading to wins, studying the relative importance of players and management to non-human factors such as reputation and location,” she said. 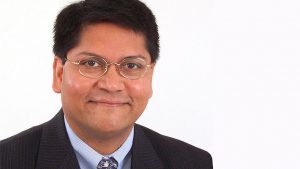