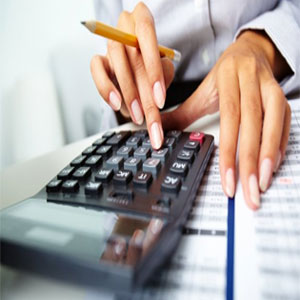 While pro- and anti-gambling groups have legitimate and valid points to make in their arguments, these these nuggets of inaccuracies, hyperbole, alarmism, hysteria and blatant lies.

This is not a black-or-white issue, as revealed in the recent town hall meeting at Miami Dade College sponsored by the Beacon Council, at Miami Finance Forum and other organizations. As moderator of one of these panels, I walked away or another but with greater appreciation of the complexity of the issues surrounding gaming resorts and the need for South Florida to proceed cautiously before giving a final thumbs up or thumbs down.

Jobs: We sorely need them in South Florida, with one of the highest unemployment rates in one of the poorest cities in the nation, but what kind of jobs and what kinds of skill levels?

Genting, the Malaysian conglomerate that hopes to build a mega resort and casino here, predicts 100,000 jobs will be created, including 50,000 construction jobs. But how many unemployed Miamians are members of building trades unions with skills in electrical work, pipefitting and the like?

For casino operations, the average salaried job is estimating to pay $33,000, hardly a high wage. And won’t unemployed casino workers from Las Vegas and Atlantic City flock to Florida to compete for those jobs?

On the other hand, a job is better than no job; and it’s not as if Microsoft, General Motors and Coca-Cola are going to move their corporate headquarters to South Florida and generate that many jobs or more.

Tax revenue: Casino resort developers estimate revenue impacts of $210 million by 2015 and assert their presence will spark economic development. State economists estimate revenue at half that amount, equal only to the sales tax on shoe stores, hardware stores and repair shops.

Factoring in revenue losses from the Seminole Tribe and pari-mutuels due to cannibalization, the net benefit could be as low as $4 million. It is important to note that none of the tax revenue remains in Miami-Dade County.

Economic development and competitiveness: Miami’s economic foundation is a three-legged stool: tourism, international commerce and services (particularly retail). All have three things in common: low skills, low wages, high turnover. Will resort casinos merely add to that mix rather than diversify our economy?

South Florida needs knowledge-based industries. Will gambling resorts help or hinder South Florida’s aspirations to develop and expand knowledge-based industries such as life sciences, software, information technology and digital media, along with supporting entities such as venture capital, PE and angel investment? Will it have an impact – positive or negative – on Art Basel and other artistic and cultural amenities in our community.

Infrastructure: what is required to support a gaming resort infrastructure” Does South Florida presently possess this absorptive capacity? With clogged high-ways and horrendous downtown traffic already, it would have seem ludicrous not to assess the potential impacts of resort casinos on infrastructure and made those adjustments before the casinos even open.

As for Las Vegas, it is and economic one-trick pony (gambling) in the middle of a desert and a self-inflicted victim of the exploding housing bubble. Discounting those factors, however, McGill University’s extensive research on the effects of gambling on families found addition by heads of families, spouses and teenagers, higher levels of insecurity in children and spouse abuse.

It is time for concerned citizens to do their own homework and seek the right answers. That journey begins by asking the right questions. South Florida already has gambling online, cruises, poker parlors, Indian tribes, the lottery and other pari-mutuels. In the event resort gambling is approved, the main question we should ask is: How do we maximize the benefits and minimize the consequences?

This column originally appeared in Miami Today on December 22, 2011