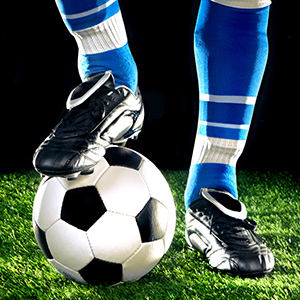 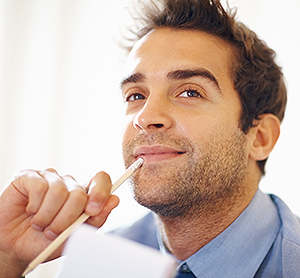 There is a battle underway. My stomach is telling me to eat, my heart is saying play with my kids, my gut is exhorting me to write my dissertation and my calendar is pressuring me to write this blog. If you are human, you’ve surely felt these moments. Unfocused, unsure and frozen, you kill your creativity, are unable to write that report, design that ad or make that call.

All gurus tell us the same thing: we can have anything we want if we are clear about what we want and focus on it. To focus is a fundamental military principle—Carl von Clausewitz advises we should “concentrate our power . . . so that our chances of success may increase at the decisive point.” Focus is also a principle of life, as Marcus Aurelius wrote, “Most of what we say and do is not essential; If you can eliminate it, you’ll have more time, and more tranquility; Ask yourself at every moment, ‘Is this necessary?’”

But here is my problem, and perhaps yours as well: how do we know what we really want?

Last month I got a chance to speak to someone whose livelihood depends on being able to help people connect with what they want. Errol Brain coaches Portugal’s national rugby team and is a celebrated former player for New Zealand. He lives, like most professional coaches, “waiting to be fired” as his job security year after year depends on his team’s performance—and in turn their performance depends on whether his players want to win.

I got a chance to pick Brain’s brain for an hour. My goal was to really get a stronghold on this issue. How can two people who want the same thing and who have similar abilities, end up diverging—one winning the championship and the other quitting? How can we make sure we win?

Here is the answer I was able to distill from my discussion with Brain:

1. Know for whom you want it

3. Take your eye off the ball

Know for whom you want it

While in college I visited Fiji often as my mother lived there for three years. I heard it repeatedly said that rugby was the “national religion” of the tiny island. Talking with Brain, I learned that in Portugal this is less so, meaning Brain cannot simply replace an unmotivated players who want to quit; instead the coach must help them fall in love with the game. What is the key difference between players who quit and those who pursue greatness? Coach Brain said it is their fathers.

“If they say ‘I love the big game, I want to be the best’ then I know they are going to be OK, but if they say ‘my father was a rugby player’ then they are doing it for the wrong reason.”

Those who play to impress someone else burn out before the finish line.

What is the real reason YOU want to achieve what you are pursuing? Who are you really doing this for? Try to link your cause to a reason that would drive you even if you had to toil in obscurity, on your own.

Coach Brain believes that meeting someone for the first time is artificial; if you want to see who someone really is observe them under pressure. Brain can train athletes with the fundamentals, “how to pass a ball, understand tactics, but in the end, you are who you are; I want to see who the real person is pretty early on.” To do so, Brain looks at how players react to pressure on the field.

How do you and your team members react to pressure? What does that tell you about who you really are and what you really want?

Take your eye off the ball

My brother-in-law refs American football games in Louisiana and knows the rules the way Einstein knew physics. When we are all screaming “holding!” he knows the refs are going to call something completely different. While we watch the ball, he watches the context. Brain does the same. He scans the field, tracking players on the periphery to better assess who his players are.

If you take your eye off the ball and look at the rest of the field, what do you learn? What does that tell you about yourself and your team?

Brain’s best player—and team captain—is an orthopedic surgeon. Not someone who studied medicine, but an actual practicing surgeon who balances his time between running his practice and playing national-level professional rugby. While other players struggle with the psychological complexities of playing the sport, Joao Correia has no time to think about it. Brain says that he has full-time players who require a lot of maintenance but Correia “just says tell me when and where and I’ll be there,” Brain said.

If the job that consumes you was just your “other job,” what would you be doing differently?

Bringing these four points together we see the vision of those who are innovators, outthinkers, athletes, champions—those who know what they want, do it for themselves, understand themselves, see the big picture, and take themselves only as seriously as needed. That is how I plan to play in 2013.

Kaihan Krippendorf (www.kaihan.net), a founding Fellow of the Center for Leadership and an adjunct professor in the College of Business, is the author of Hide a Dagger Behind a Smile and The Way of Innovation. This article was originally written as an entry for his FastCompany.com blog “The Outthinker: Mavericks that Out Innovate the Competition.” The opinions expressed in this column are the writer’s and do not necessarily reflect the views or opinions of either FIU or the College of Business .