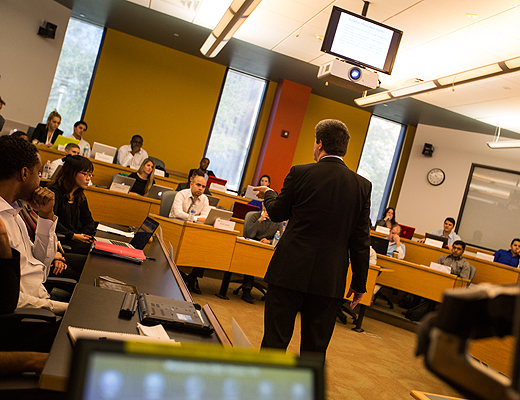 Antoinette Smith, associate professor, was featured in an article titled “The latest in FIU books,” which appeared in FIU News on April 5, 2013. Smith’s book is You’re More Than What Meets The Eye: The Independent Woman’s Guide to Becoming Wifely Material.

Neera Bhansali, visiting clinical assistant professor, was quoted extensively in an article titled “Curriculum, collaboration key to HIT education,” in the April issue of For the Record. The college’s Master of Science in Health Informatics and Management Systems (MSHI& MS) program was one of three U.S. programs featured in the article.

John Zdanowicz, professor, was the speaker for a Florida International Bankers Association (FIBA) webinar titled “Trade Based Money Laundering—Mitigating Trade Finance Risks,” held on April 30, 2013 and attended by 500 participants from around the world.

Ronaldo Parente, associate professor was invited to organize and be the program chair of the 48th CLADEA (Latin America Council of Business Schools) annual conference, which will take place in Rio de Janeiro, Brazil in October 2013. The conference theme is “Past, Present, and Future of Latin America Education and Business Institutions in the Current Global Context.”

Cecilia Alvarez, senior instructor, and Paul Miniard, professor, and two co-authors, including Shazad Mohammed (PhD ’06, BBA ’99), have had their article “Retailers’ use of partially comparative pricing: from across-category to within-category effects” accepted for publication in Journal of Marketing, the top journal in the marketing discipline. Miniard and Mohammed have a second co-authored article, “Reassessing retailers’ usage of partially comparative pricing,” forthcoming in Journal of Product and Brand Management.

An article co-authored by Raymond Rody, clinical professor, and titled “Impact of entrepreneurial style and managerial characteristics on SME performance in Macao S.A.R., China” has been published in Journal of Multidisciplinary Research.