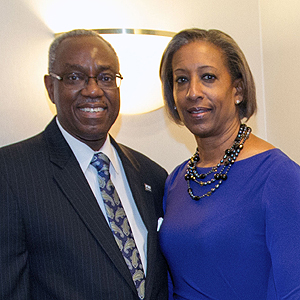 The American Jewish Committee of Miami and Broward recognized Tony Argiz (BAcc ’74) for the 2013 National Human Relations Award. He was honored for his work in defense of Israel and human rights.

Gerald Grant (BBA ’78, MBA ’89) and Jennifer Grant were featured in the Miami Herald for their donation of a $1 million scholarship to the FIU College of Business. The Gerald C. Grant Jr. and Jennifer Adger Grant Scholarship Fund will provide tuition for eligible COB undergraduates.

Espirito Santo Bank has appointed Carlos Modia (BBA ’82) chief financial officer. He joined the company in 2005 and had been senior vice president and chief operating officer. Previously, he guided the bank’s accounting, finance, IT, operations and human resources department.