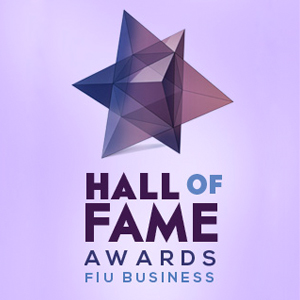 The founder of a home-grown global fashion brand, a popular Miami artist-entrepreneur, and the manager of a top New York asset management fund are among five FIU College of Business alumni who will be inducted into the 2014 FIU Hall of Fame. In addition, philanthropist R. Kirk Landon will receive the 2014 Lifetime Achievement Award.

Landon will be recognized for his success in the world of business and banking and his efforts to cement the educational, civic and cultural foundation of South Florida. He served CEO and chairman of the board of American Bankers Insurance Group for two decades, and now serves as a director and supporter of major educational and cultural organizations in South Florida through The Kirk Foundation and The Kirk A. and Dorothy P. Landon Foundation.

Pamela Silva Conde (MBA ‘12, BS in Communication ‘03), Emmy award winning journalist and co-anchor of Univision Network’s weekday TV news magazine show, “Primer Impacto,” will serve as MC of the ceremony, which will take place on September 12, 2014 at 7:30 p.m. at the FIU Arena.

Eric Maldonado, managing director at Markit, a global provider of financial information services, will receive the Innovation Award. He is a member of the Dean’s Council, the college’s primary advisory board. 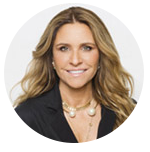 Alina Villasante, creator of global fashion brand Peace Love World, will receive The Entrepreneurship Award. The Miami-based company has seven stores in South Florida and three in Hong Kong and the brand is sold in 2,000-plus retailers worldwide.

Randy Robertson, managing director, BlackRock, will receive The Global Award. Founded in 1988, BlackRock is the largest asset management company in the U.S. today with $4.3 trillion under management.

Celebrating its 15th anniversary, the Hall of Fame has expanded into a three-day event, September 11-13, that now includes the gala ceremony, an alumni panel and networking event on September 11, and a tailgate party at the Panthers vs. Pittsburgh football game on September 13. 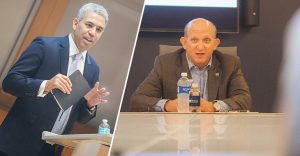 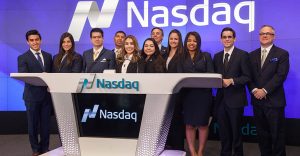