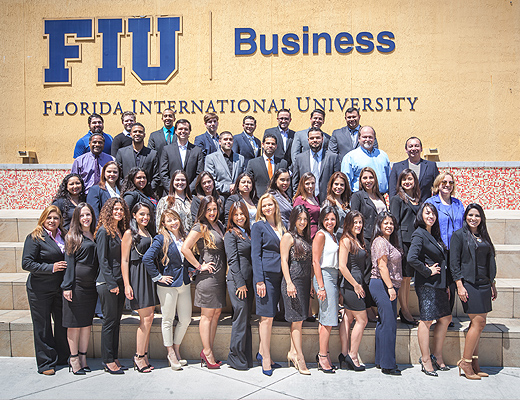 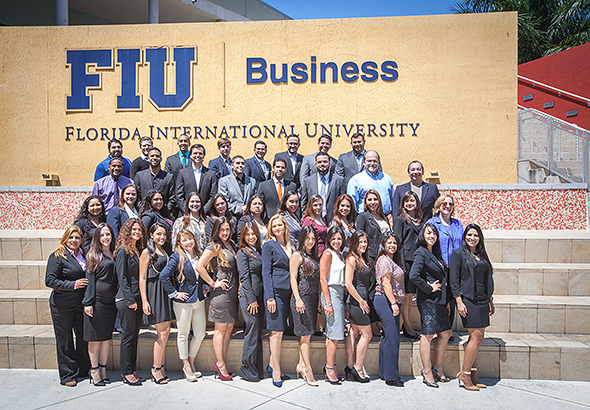 The barriers to Claudia Eguiguren going back to college to earn the bachelor’s degree that she started a long time ago were common: two kids, full-time job, busy schedule, lots of responsibilities especially on weekdays.

But when Eguiguren discovered the Professional BBA Weekend Program at Florida International University (FIU), all of a sudden, a way was made apparent. This innovative program offers an alternative, accelerated, part-time option for students who have an associate’s degree or equivalent and are unable to attend traditional classes during the week.

“Going to classes on Saturdays was a way to finally finish my degree,” said Eguiguren, who came from Ecuador to this country with her husband in 2004. She is the owner and president of MDW Group, Inc.

She is among the 50 graduates who will be awarded their PBBA degree at FIU’s commencement on May 3, 2015. These students make up what’s known as “PBBA Cohort 32,” a group that started and will complete the program together, earning their BBA with a double major in international business and management.

The students, who have become good friends since starting the program in the 2013-14 academic year, celebrated with a graduation dinner on April 10, 2015 at Smith & Wollensky in Miami Beach. Jose M. Aldrich, interim dean of the College of Business, spoke and congratulated the students, ranging in age from 22 to 50, on not giving up on their dream of a college degree. He pointed out that most of them have full time jobs and many have families to support, yet they found a way to succeed.

“If you look at all of the things on my plate, there’s a lot!” said Eguiguren. “But if you focus on your goal, you can make room for one more item.”

At the dinner, Eguiguren received the Valedictorian Award and Jose Rocha, adjunct in the Department of Management & International Business, received the Circle of Excellence faculty award. Both were congratulated by PBBA Program Director Christos Koulamas.

PBBA opens new doors for those who put their degree dream on hold.

The PBBA graduation dinner is always a great night for Angie Oliveros, senior manager for the PBBA Program.

“I am always impressed with the students who come back to college to finally get that degree,” she says. “For many, they spent many years working on their associate’s degree, on and off. Now they can earn their bachelor’s degree in 18 months.”

Oliveros says that most students have reached a point in their career where a bachelor’s degree is necessary for advancement or to make a change.

“Jobs, kids, life have gotten in the way of achieving their educational goal,” she says. “People are relieved to find the PBBA program at FIU lets them finish their degree through classes that are only on Saturdays.” 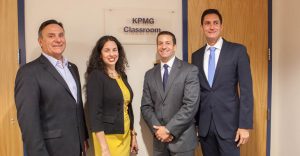 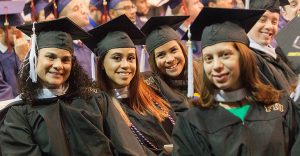 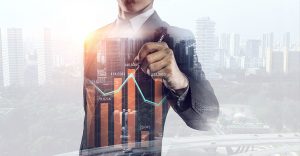 Thank you for covering this important event! It was a pleasure to also meet you! My best wishes and Happy Thanksgiving!