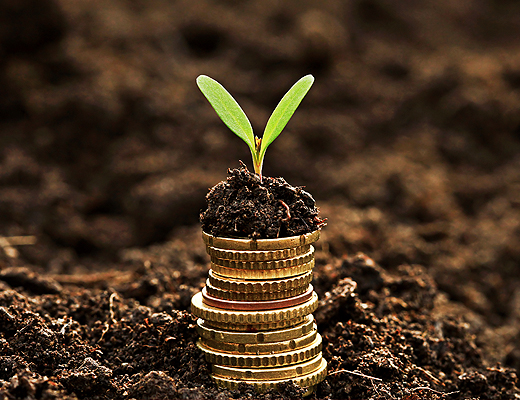 Microfinancing has been a lifeline to many trying to climb out of poverty, especially in the developing world. However, access to basic financial resources is just the beginning. Even with good ideas, people often are at sea when it comes to business skills, from marketing to record keeping. Failure often follows.

And that is where Carlos M. Parra, Florida International University (FIU) College of Business marketing professor, and his fellow researchers see an opportunity.

Parra, along with Alejandro Drexler, policy economist at the Federal Reserve Bank of Chicago and Irani Arraiz, evaluation economist at the Inter-American Development Bank’s Multilateral Investment Fund, are conducting research that joins microfinancing with microfranchising. The goal is to provide developing world entrepreneurs with not only loans, but the products themselves plus operational standards, training, branding and advertising materials. The “business in a box” is paired with education on accounting, inventory control, people skills, and how to separate business from household budgets.

The program to be evaluated is Plan Barrio, which was developed by Nestlé Dominicana S.A. as one of its Creating Shared Value initiatives. Plan Barrio offers nutritional orientation, sales trainings as well as employment and livelihood opportunities primarily for low-income women by distributing Nestlé’s products.

Based on this initiative, Nestlé Dominicana S.A. and Banco ADOPEM, a local microfinance leader and member of BBVA’s Fundación Microfinanzas, agreed to join forces in 2012 to help these micro-entrepreneurs enhance the quality of life of their families, by choosing program participants for their entrepreneurial drive and financial history.  The alliance aims at providing a more stable and profitable livelihood through a microfranchise that requires an average of 4 hours of daily work.

Through this alliance, Nestlé Dominicana S.A. provides the products, such as powdered milk – CARNATION®, for the microfranchise along with enterprise development training. Meanwhile, Banco ADOPEM provides microfinancing along with financial education training. 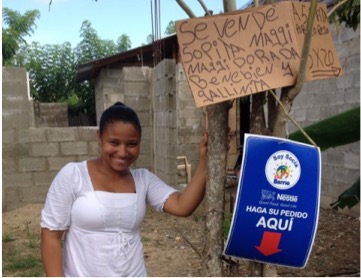 The model shows such promise that the Inter-American Development Bank awarded Parra and his colleagues a grant to fund a large-scale evaluation of the Dominican Republic-based program.

It involves more than 3,000 low income entrepreneurs, primarily women. Half will be randomly selected to participate in the program for 12 consecutive months, while the other half will act as a control group.

“The whole thing started because micro-credit by itself is not leading to profitable livelihoods,” said Parra, who teaches global logistics, international marketing, operations management and special topics in international business.

The 28-month evaluation will look at whether this kind of help enables people to increase earnings and take strides up from subsistence living. The research team hopes to see a 20 percent difference in income between those who take part in the program and those in the control group. This study builds on an earlier pilot evaluation performed by Parra and his colleagues in 2013, which proved that all the elements were in place in order to perform a full-scale study.

“You are asking a lot of these people who already experience a lot of hardship,” noted Parra. “Without the microfranchise, they would have to come up with everything from scratch, from a business name, to a marketing strategy, as well as purchasing, production and distribution schemes.”

Parra hopes that the data and results generated may translate into support for similar programs across the developing world.