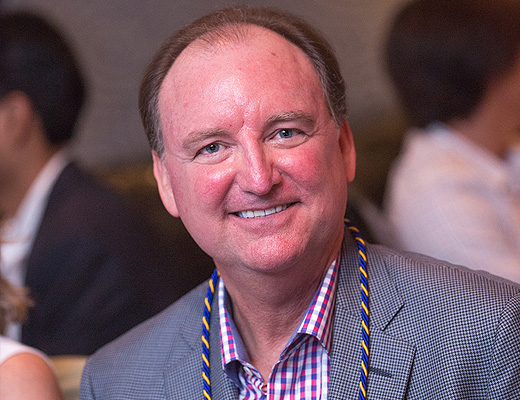 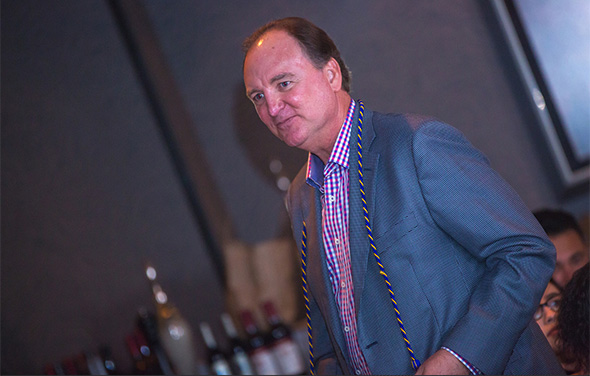 Like many fellow students working toward a master’s degree in finance at FIU, Ty Taylor began the program already running his own business.

Yet Taylor, who graduated earlier this year with a 4.0 GPA, came to the College of Business’s Master of Science in Finance program with special skills he was happy to share.

During his military career, Taylor became a naval intelligence analyst, serving on an aircraft carrier. He was also part of a flight crew that tracked the electronic pings and acoustic pongs given off by Russian nuclear submarines.

“I learned a lot of good habits,” Taylor said of his time in the U.S. Navy. That included an ability to take action, even in the absence of complete information. 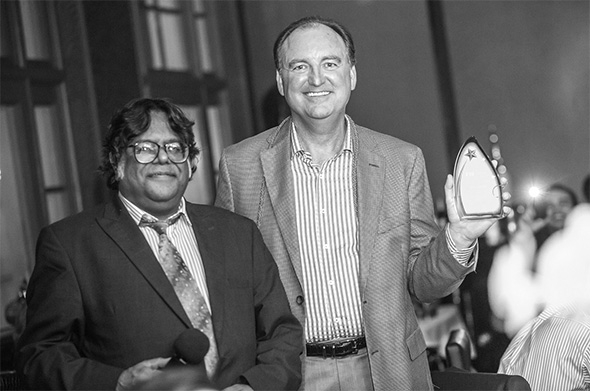 “I grew comfortable with imprecision and uncertainty – making the best estimates with the information you have and dealing with uncertain situations,” he said. And that ability proved key in building his business, Asset Analytics Inc., a company valuation firm.

“One of the things I see in my work is that people are often uncomfortable with uncertainty and making assumptions. But you still have to make a decision.”

The decision to build on his experience and background by pursuing further education at FIU was an easy one.

Taylor, who has an MBA and several professional certifications, chose the program because of the school’s reputation, the convenience of weekend classes, and the reasonable cost.

“The value proposition of an MSF degree from FIU is clear,” Taylor said. 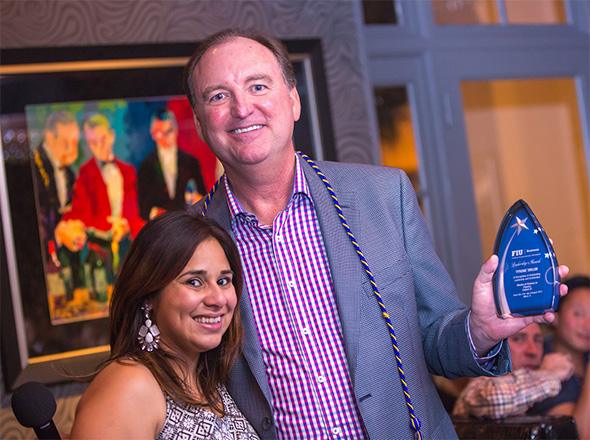 Recognition has come from the outside as well. In June, Financial Times ranked the program fifth in its Master in Finance Post-Experience category, marking its third year of inclusion in these global rankings.

Military veteran became a role model in the classroom.

Universities know that military veterans, like Taylor, often become students whose classroom contributions include being role models of discipline and leadership. And this was certainly true of Taylor who was the recipient of three top awards at the program’s August 15, 2015 graduation dinner: Best Student, the Leadership Award and the Directors award.

“I ranked Ty as one of the best students we have had in the MSF program since inception,” Chun-Hao Chang, Finance Department professor, said of Taylor. “He not only performed exceptionally well…he also provided extraordinary leadership in the program as he unselfishly provided numerous tutoring sessions and career advice to his peers.”

Taylor grew up in California and joined the Navy at 17. He was eventually stationed in Jacksonville, and moved to South Florida because his wife has roots here. He has undergraduate degrees in psychology and business administration and is a licensed real estate broker.

His company, which he started in 2010, values assets for businesses being bought or sold, and when the information may be part of a legal proceeding. He’s long relied on statistical analysis and traditional ways of figuring out the worth of assets and intangibles. And, while Taylor didn’t need the MSF to continue in business, what he learned was invaluable, he said. That included becoming familiar with more complex software that allows for envisioning a larger variety of scenarios while kneading in more variables.

Yet his best memories of the experience are about the other students and the faculty.

“What I liked best was the professors. They are very accessible and interested in having a conversation with you. They are engaged, responsive and ready,” Taylor said.

Another highlight, Taylor said, was collaborating with students from different cultures and countries, which included Germany, China, Africa and Latin America. “It really made for an interesting mix.” 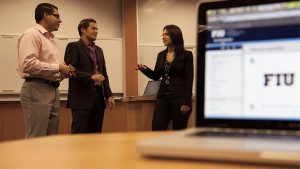