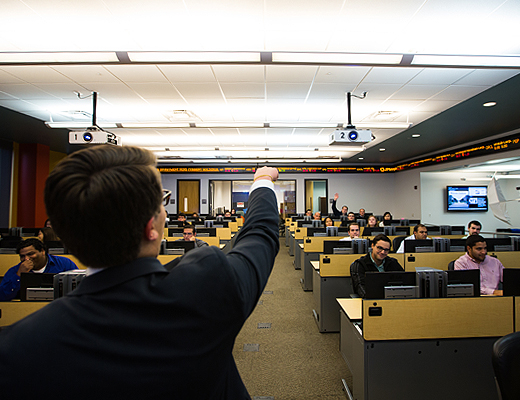 Jerry Haar, professor, wrote an article for Latin Trade entitled “Latin America’s Agricultural Challenges” which appeared October 11, 2015. He was also a keynote speaker at the annual convention of the American Association of Port Authorities, addressing business competitiveness in Latin America and the Caribbean, with attention to transportation and logistics.

Nathan Hiller, associate professor, will lead a leadership development workshop for mid-level managers at the Centers for Disease Control in Atlanta on December 9–10, 2015.

Modesto A. “Mitch” Maidique, professor, was honored as the 2015 National Hispanic Scientist of the Year at the Museum of Science and Industry’s annual gala in Tampa on October 24, 2015.

Eli Beracha, assistant professor, was elected to serve as Associate Director of Publication for the American Real Estate Society (ARES)”. His five-year term will begin in January 2016.

Peter Polak, instructor, co-authored a paper that will be published in the December 2015 issue of Management Information Systems Quarterly: What Do Systems Users Have to Fear? Using Fear Appeals to Engender Threats and Fear that Motivate Protective Security Behaviors.

David W. Barman, instructor, served as a judge in October 2015 for the Thirteenth Annual Appellate Advocacy Competition at FIU College of Law.