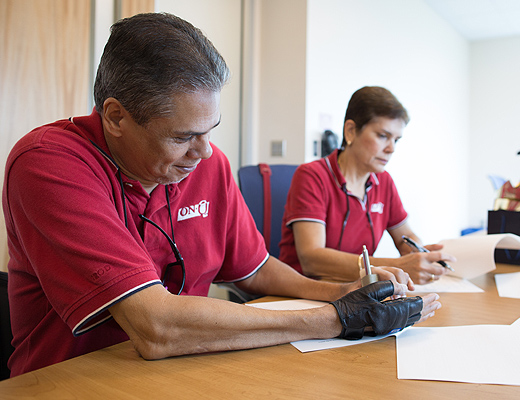 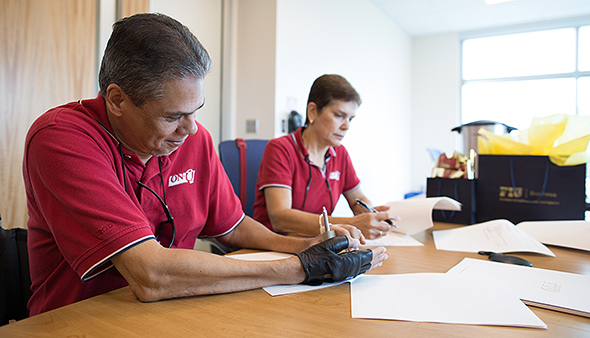 “We’ve been fortunate in life. I think if you get to be smart enough and wise enough, you’ll learn that a lot of people contributed to where you are today, and it’s your turn to step up and do likewise.”

Those words expressed the sentiments of Herman Cajigas (BBA ’84) as he and his wife Teresita “Tere” Venta Cajigas (BBA ’83) presented Florida International University (FIU) with a generous donation in March, 2016 for FIU’s , to benefit a College of Business student.

Donations made to this program, which financially supports students whose parents or legal guardians have not earned a baccalaureate degree, are matched 100 percent by the State of Florida. Since the program’s inception in 2006, more than 10,000 First Generation Scholarships have been allocated to FIU students, totaling more than $7.9 million.

“The idea that our gift would be doubled gives us more donating power,” said Tere who added that “the doors that FIU opened for us were tremendous.”

The Cajigases, both graduates of FIU’s College of Business, are owners of On-Q Business Consultants Inc. and On-Q Software Inc., both Miami-based businesses.

“They are an FIU love story, having met on campus when they were taking the same class,” says Sergio A. Tigera, executive director of Development. “People give to what they care about and what has made a difference in their lives. Herman and Tere giving to the First Generation Scholarship Program shows their passion for helping students who often at a significant disadvantage compared to students whose parents are college graduates.” 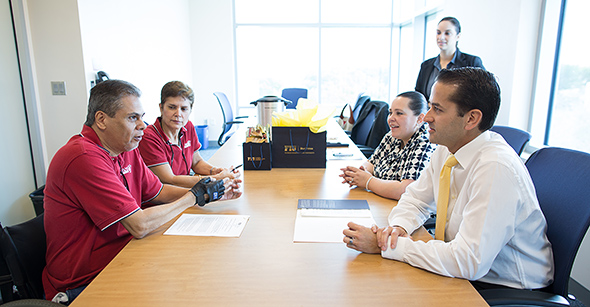 “Takes one to HELP one” applies to first generation graduates.

Herman himself was the first member of his family to be graduated from college.

“Going to FIU opened a world that I wouldn’t have otherwise so I see that it’s needed in this community. It’s needed worldwide, as far as I’m concerned,” said Herman, who added that with a degree “students can empower not only themselves but also their whole family and community.”

“People giving back, paying it forward, in ways that speak to their ideals, makes dreams come true for others,” said Tigera.

In February 2016, Herman also donated his time by speaking to students in a FIU Freshman Experience Class during the third annual Panther Alumni Week (PAW) at FIU, an event that invites alumni back to campus to share insight and motivation with students. 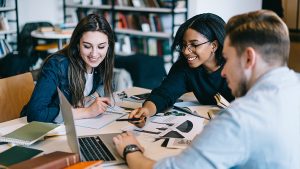