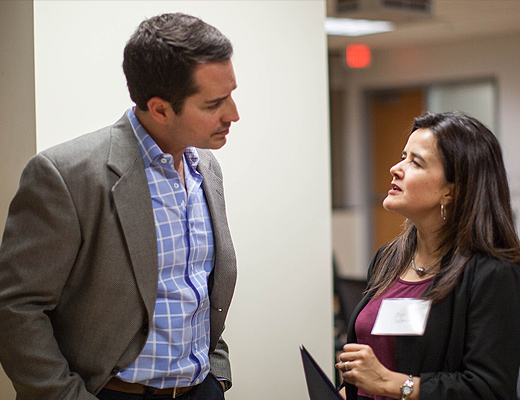 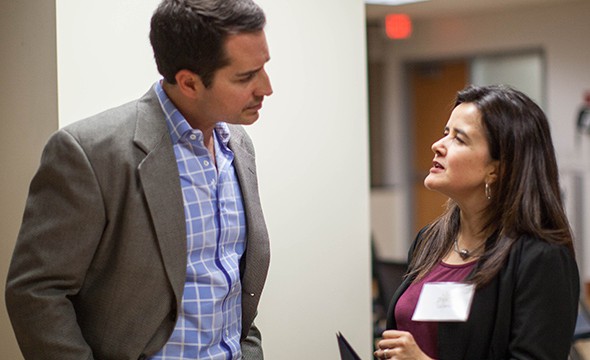 The Socratic adage “know thyself” is not usually associated with graduate business school. Yet John Farias, soon to finish the Executive MBA program at Florida International University (FIU), found that he could apply such leadership lessons directly to his work as branch manager at the South Florida office of DHI Mortgage, a subsidiary of top home builder D.R. Horton.

“If you take the program seriously, the leadership component gives you an opportunity to learn a lot about yourself,” he said. “You are given the chance to take multiple assessment tests and drill into what they mean.”

Farias, who earned his undergraduate business degree at FIU in 1999, uses his own workplace as a proving ground for classroom theories. His experience is not unique, as many EMBA students work full time. The real-world focus is one of the program’s draws, with students eager to adapt course work to their own positions.

“What attracted me is that the program brings practical elements to the classroom – the program really delivered,” Farias said.

Returning to Miami after nearly a decade in Las Vegas, where he was vice president of a mortgage division for two major homebuilders, including Lennar Corp., Farias didn’t initially consider returning to school. He had started his own company that used developer capital to create mortgage products, allowing sellers – principally condominium developers – to divest themselves of homes that became hard-to-move in the wake of the financial crisis.

Meanwhile, he renewed ties with the College of Business. “FIU did a great job of re-engaging me when I returned,” he said. He became involved with the school’s Student Alumni Association, and began mentoring undergraduates.

He was willing to listen when a friend in the EMBA program recommended Farias to the graduate school. “I never expected to pursue an Executive MBA,” he said. Still, when offered a scholarship, he decided to grab the opportunity–at the same time he was talking with DHI about heading up their South Florida office. Nine months into the EMBA program, DHI brought him on board. As part of building a brand-new portfolio of business, he had to visit every branch in Florida. “I was living out of hotels for two months,” he said.

School and career work in tandem.

Soon it was clear his roles as an EMBA student and manager were mutually reinforcing. “My strength has always been in people development, but I’ve matured and learned,” Farias said. The skills and drive of his EMBA classmates have helped also him refine his skills. 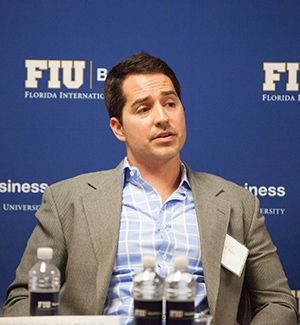 Becoming a more effective leader has meant cultivating patience, not considering any employee feedback as personal, and encouraging buy-in. “We’ve created our own code of conduct, and our own mission statement, allowing everyone to contribute,” he said. “We’ve created a special culture within our branch.”

He also credits Professor G. Ronald Gilbert’s leadership development courses as the inspiration to implement such ideas in his office. Likewise, Gilbert notes that Farias made the most of his opportunities.

“His interpersonal skills are exceptional,” Gilbert said. “I would want him to lead any team that needed to bring out the best in others. He has a thirst for knowledge and grasps new ideas and makes them work.”

Farias said he is happy to continue building his South Florida DHI team, and is confident that the future holds even more opportunities. His plans include continuing the rewarding work of helping and inspiring others, he said: “I’m going to continue mentoring students at FIU.”