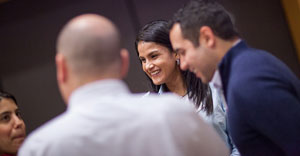 Madelayne Cordero (BBA ’99) has been named senior vice president at Gibraltar Private Bank & Trust. Before joining Gibraltar, she worked in trust and fiduciary banking at Northern Trust Bank of Florida.