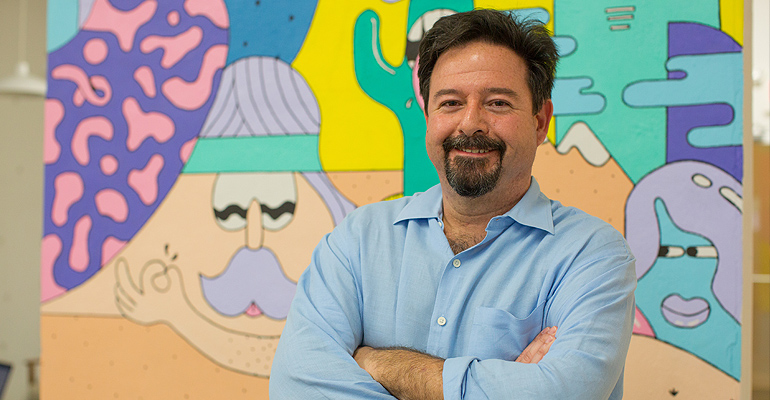 When playing the game of football, a running back has to move with agility and speed, and change direction quickly without losing momentum.

Jorge Bravo, founder of Hispanic Kitchen, which recently attracted a majority investment from Hispanicize Media Group, likens the trajectory of his business to that of football.

An online community for foodies seeking Latin flavors, Hispanic Kitchen found itself tackled in the ever-evolving technology world and had to quickly change direction. Bravo wasn’t sure how to change course and sought help from the Small Business Development Center at Florida International University.

Bravo’s experience is not unique. Many small business owners find themselves at a crossroad a few years after starting and need help to scale-up. Miami ranked second in the nation in starting up businesses, but second to last when it comes to growing or scaling-up businesses, according to the 2016 Kauffman Index of Growth Entrepreneurship.

Over the course of seven years, Hispanic Kitchen transitioned from an idea to a startup to a food platform engaging more than 1.5 million users across its website and social media pages. Later, with the sale of a majority stake in the company to Hispanicize Media Group, a partnership was formed with an online advertising and technology company, Salvo Group, which maintains and develops the flagship site.

That last leg of the journey might have dizzied Bravo if not for the guidance of his SBDC at FIU consultant, who spent a considerable amount of time helping him navigate what he wanted to accomplish. He often asked Bravo: “What do you want to be when you grow up?”

Bravo had to decide whether to stay small or grow. Deciding to grow, in his case, meant giving up some equity. Bravo was reluctant at first. But the necessary next step became clear to him with the help of his consultant, who told him a small share of a successful business is better than owning 100 percent of a failed one.

When the possibility of a majority investment from Hispanicize Media Group came about, Bravo’s SBDC at FIU consultant guided him through what seemed to him to be endless negotiations. “I wasn’t quite aware of what was going to be involved, so it was a very a painful experience. But you learn from it,” Bravo said.

Bravo said the Florida SBDC at FIU consultant analyzed his business’ assets and what it offered in the marketplace. The consultant also suggested ways to protect intellectual property and guided him through the negotiations in selling his majority interest in the company.

Through this journey, Bravo said, one thing he learned is that the marketplace should validate the idea for the business. Then, he said, “Doggedly pursue it. Don’t allow the naysayers to get to you.”

Many times, Bravo said, he thought about quitting. Instead, he kept working at moving the business to the next level.

“It’s like in football,” he said, “like the running back. It looks like he stops, but his legs are still moving and, all of a sudden, he breaks through the tackle, and he scores.”