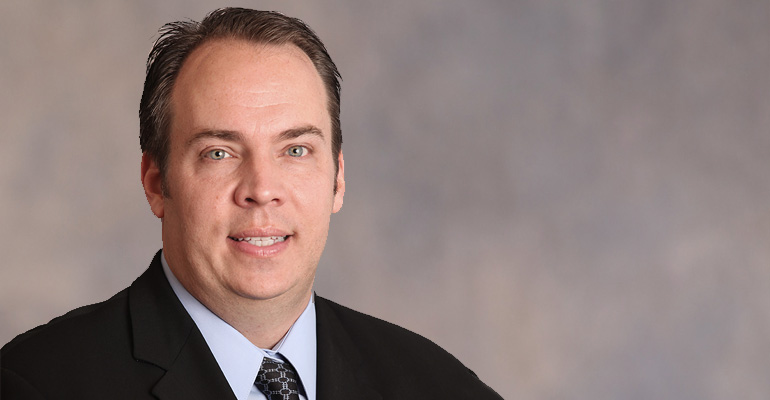 Marketing professor Tim Dugan Birrittella’s students expressed their admiration for him in a unique way: they elected him King. The popular College of Business professor was voted Florida International University’s first-ever faculty-staff homecoming king in 2014, crowned at a ceremony with alumni, students, husband Meredith Birrittella and their 11-year-old daughter Emma watching.

Birrittella’s excellence in teaching and commitment to his students will be recognized yet again, this time by the university he has served since 2001. On September 29, 2016, he was among a select group of FIU faculty members to be honored for his excellence in teaching at the Faculty Convocation Awards Ceremony, an award he is receiving for the second time.

“Doing what I love, and hopefully inspiring thousands of students in the process, is the true reward,” Birrittella said. “Teaching is my passion, and receiving the Excellence in Teaching award is the icing on an already amazing cake.”

Birrittella’s uniqueness speaks to his impact as faculty advisor of the award-winning American Marketing Association student chapter, AMA at FIU, which he helped launch in 2001. And king or not, he remains a hero to the cadre of former and current students who credit him for caring mentorship and inspiring them to go further than they thought they might.

“He encouraged me – and not just me, a lot of students,” said Solomia Poder, who earned her undergraduate degree in business administration at the College of Business in 2012 and is now merchandising team manager at Macy’s Dadeland.

That Birrittella stands out from the usual run of professors is obvious when students walk into their first class. Every session ends with Birrittella reading an inspirational story. The tale of a woman who pursued her degree at an advanced age still sticks with Poder.

“It was one of the most redefining moments at that stage of my life,” said Poder, who was working full time while going to school. “In every story I found something resonate within myself.”

Birrittella, who teaches marketing and retailing, said the stories are a carrot for stressed students often juggling heavy schedules.

“It’s the last thing I do in every class and I never discuss them. It’s kind of like my final, parting thoughts for that day,” Birrittella said.

He also shares his own journey. The son of a truck driver and dental office worker, Birrittella was his family’s first college graduate. “I talk a lot about that, and the push I had to go to college,” he said. He earned both undergraduate and graduate business degrees at New York City’s Baruch College.

His approachability draws students, who say Birrittella encourages them to work hard and become involved in activities. He also champions innovation and real-world experience. For example, AMA at FIU’s offshoot, Roaring Concepts (with a nod to FIU mascot Roary) provides branding, image building and market research to real-world clients. The AMA at FIU chapter consistently ranks among the top 10 at the AMA International Collegiate Competition, which encompasses 350 collegiate chapters in the U.S., Canada and Puerto Rico.

Abuelita and Abuelito have their say.

The Birrittellas, who are good friends of the founders, were original partners in the company that is still going strong and is now looking for a TV show tie-in. Rosa and Pancho come to class, and Birrittella illustrates marketing theory with tales of the company’s challenges and opportunities.

“My students hear about Baby Abuelita all the time,” he said. “I use real world examples which are part of my life. I find a lot of FIU students have the desire to be an entrepreneur at some point in life.”

While his methods might be out of the ordinary, students say they are effective persuading them to reach higher than they thought they might.

“He cares,” said former student Poder. “A lot of people care, but to what extent and what level. He really wants to impact people, and that is what he does – one student at a time.”