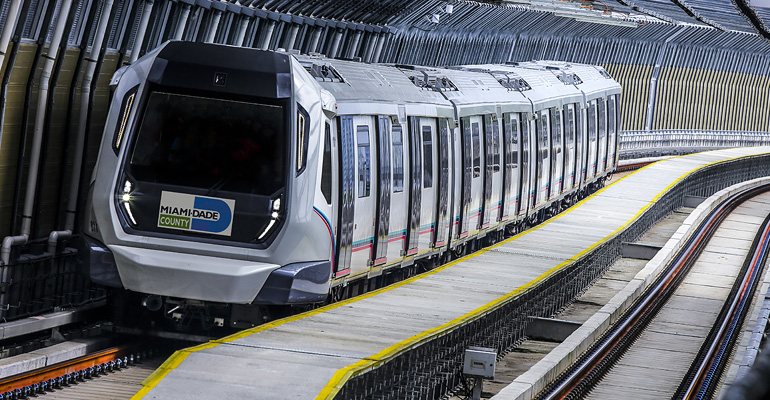 “You can’t talk about real estate without talking about transit,” said William Hardin, director of the Hollo School of Real Estate. “How you get there. How you don’t. How you sit for 30 minutes to travel three blocks. How it impacts the value of real estate.”

On May 24, the “Highway to the Future” panel brought together public and private transportation representatives as well as real estate developers to discuss transportation alternatives and the role these will play in South Florida’s ambitious expansion plans. 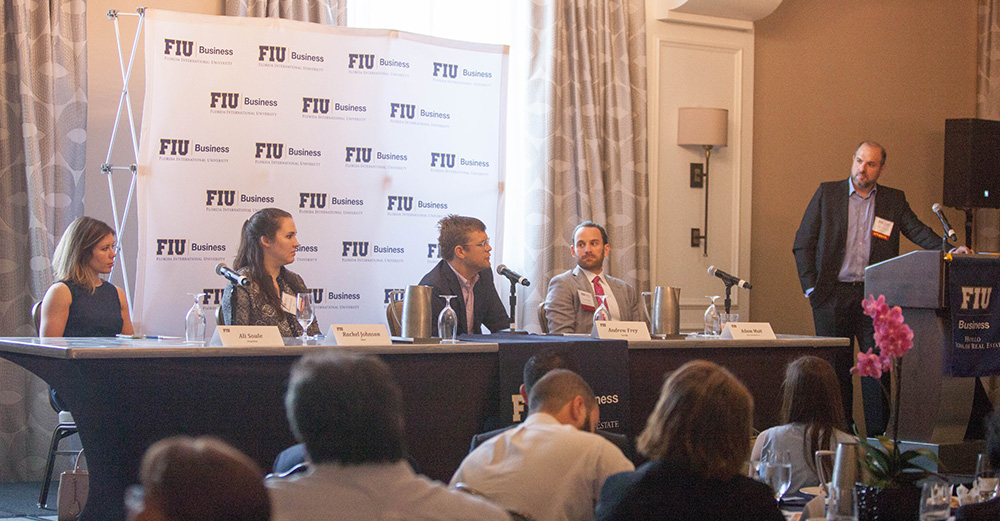 “We’re seeing a shift as people don’t want to be as saddled to their cars as they are now,” said Rachel Johnson, grassroots marketing manager at Uber South Florida. “Uber is an increasing option for drivers to get around, and the Tri-Rail expansion [into downtown Miami] will also expand that mentality.”

Although the use of public transportation is on the rise, panelists agreed there is room for major growth.

Brightline, a high-speed passenger train system, will launch service between Miami, Fort Lauderdale and West Palm Beach this year, with full service to Orlando in the near future.

Unlike the Tri-Rail commuter line, Brightline runs express trains from downtown-to-downtown, without intermediate stops. Riders will travel from West Palm Beach to Miami in one hour and from Fort Lauderdale to Miami in 30 minutes in new rail cars with Wi-Fi access. 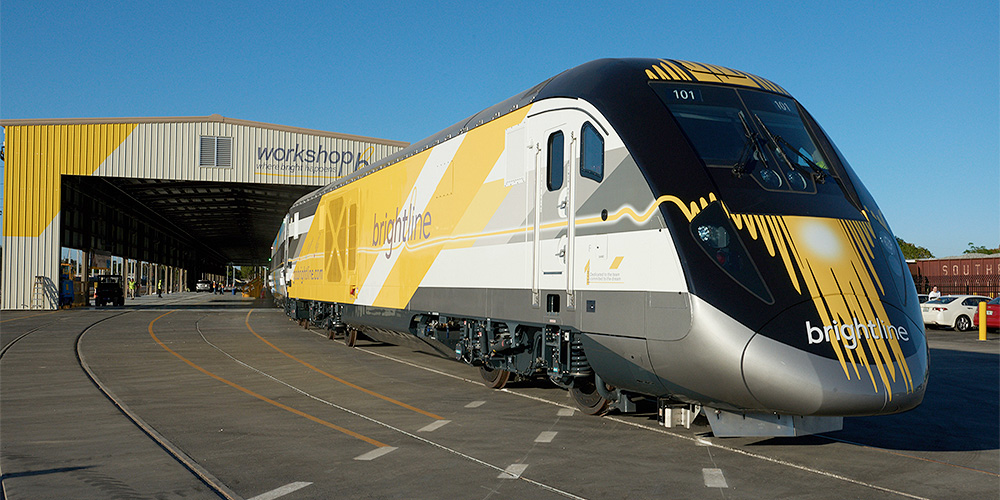 “We’re developing the transportation but are also investing in real estate development,” said Ali Soule, director of public affairs for All Aboard Florida, Brightline’s parent company. “In Miami we’re building a mini-neighborhood around the station.”

Brightline’s terminal in Miami, called MiamiCentral, is designed to incorporate retail and office space and will include 819 rental residences slated to open in 2019. Riders will be able to connect to Metrorail, Metrobus and Tri-Rail.

“It’s about creating new opportunities, building stations that connect to other systems and provide access to that last mile,” said Soule. “The Fort Lauderdale station is just off Broward Boulevard and the city center. People can step off the train and be in the center of things.”

Living along the rails.

Transit-oriented development has been touted as a way to attract more mass transit riders and to provide amenities that residents are looking for.

“Developers are responding to people seeking the urban life and being closer to work, but the zoning has to be in place to allow us to do that,” said Andrew Frey, principal of Tecela real-estate development and Tri-Rail board member. “We need a transit-oriented pattern of development.”

The Downtown Dadeland mixed-use urban district located next to the Dadeland South Metrorail station was the first transit-oriented development in South Florida and is now thriving.

Adam Mait, vice president of Adler Development, noted that Miami-Dade County and Miami-Dade County Transit are rightly moving to encourage development along the transit lines. Developers not only see and understand the value of such developments, but are actively working on such projects.

A massive redevelopment is planned for the Douglas Road Metrorail station and will include The Link at Douglas, a development by the Adler Group and 13th Floor Investments, featuring approximately 1500 multi-family units as well as class-A office space and retail shops. The project is expected to break ground in 2018.

“Remember that Miami was built around cars. If we can take a deep breath… we’ll get there, we just have to be patient,” said Mait.

Panelists also noted that technology is contributing to the increased use of public transit and can be a driver of continued gains.

Riders benefit from Smartphone apps that allow them to track Metrorail, Metromover and Metrobus schedules as well as Tri-Rail, Broward County Transit and Palm Tran. Apps also allow local governments to understand what transit methods its residents are using.