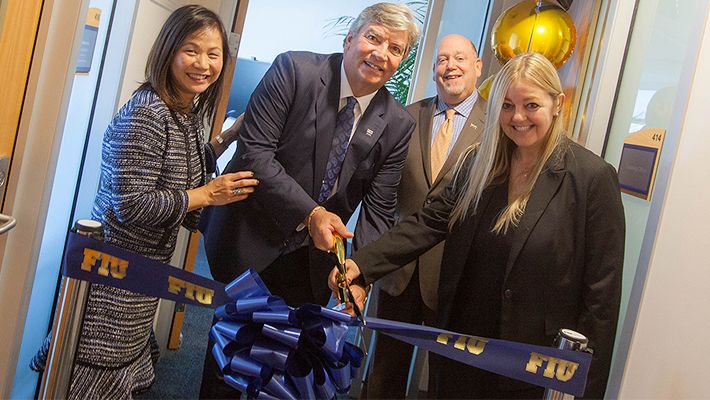 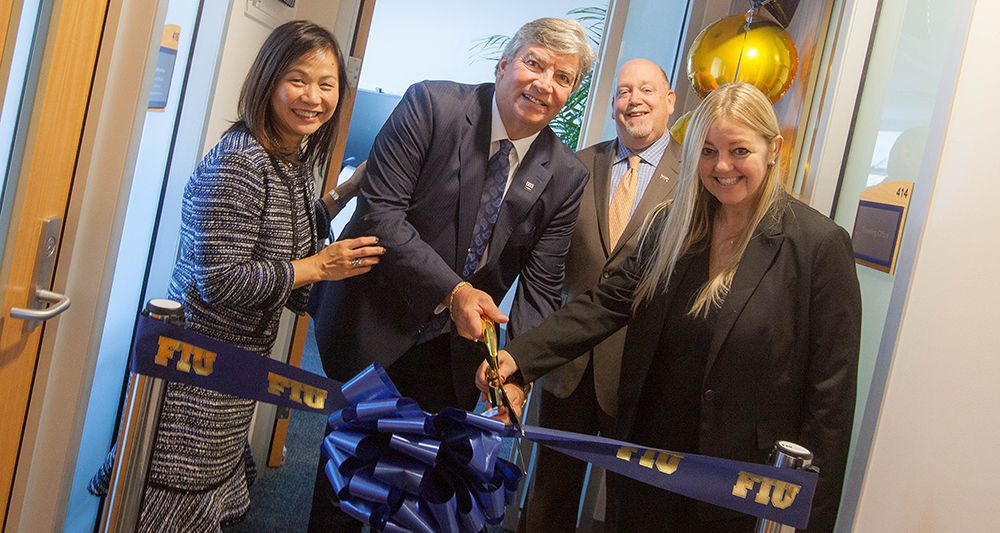 Since his days as a doctoral student at FIU, George Marakas has seen magic happen when doctoral students from different disciplines get together: innovative scholarship, new ideas, and, in a nod to the Beatles, a “Lennon and McCartney” kind of creative energy.

And, from his own experience, Marakas knows that these students benefit when they step out of their deep research silos, plop down on comfortable chairs, and talk to each other.

That’s what he did as a student, publishing innovative research in prestigious journals. And when he returned to FIU Business decades later as a professor, he knew it was his turn to help rekindle a sense of community among aspiring doctoral students.

He sent out an invitation for doctoral students to meet, expecting three or four to show up, and was overwhelmed when 60 students poured in. He looked around for a person to create and fund an organization and a place for them to meet, and decided that the person was going to be him.

On October 31, 2017, in the company of over 50 doctoral students, faculty and staff, the College of Business named the Marakas Family Doctoral Student Association Room on the fourth floor of MANGO. Funded through Marakas’ family foundation, including his late father, his late mother and his stepmother, the space enables doctoral students from all business fields to gather, drink coffee, grab a beanbag chair or a seat at the table and collaborate across disciplines. It is also the home of the newly-created Doctoral Student Organization, a project Marakas helped initiate this year. His gift is the largest donation to the university by a College of Business faculty or staff member.

Father’s advice: “Give to something you’re passionate about.”

At the ceremony, Marakas credited the concept for the gift to his father, who created the family foundation and advised him to “give it to something you’re passionate about, something you want to be there,” he said.

That passion is doctoral education.

“George was an amazing Ph.D. student,” said Elam, who attended the ceremony honoring her former student. “He knew what he wanted to do, and he always wanted to learn how to do things the best way possible and shoot for the top of his field.”

With his doctorate from FIU, Marakas went on to a distinguished career, teaching at University of Maryland, Indiana University and the University of Kansas, authoring or co-authoring five textbooks in MIS and serving as a frequent speaker and industry consultant.

By 2012, ready for something new, Marakas left academia. He returned to South Florida, opened a motorcycle business, and prepared to take in the sunshine. He called Elam, his former advisor, who had risen to executive dean at the College of Business, and invited her to lunch.

“That was the mistake I made,” Marakas said, laughing. “I should have known better.”

Quickly, Elam lured her former student back to FIU as part of the faculty, first as a visiting professor, and several years later, as a full-time member of the faculty and doctoral student advisor. As he got to know FIU Business doctoral students, he found that the sense of college-wide camaraderie he enjoyed during his years of study had gone missing. That began his discussions about an organization. 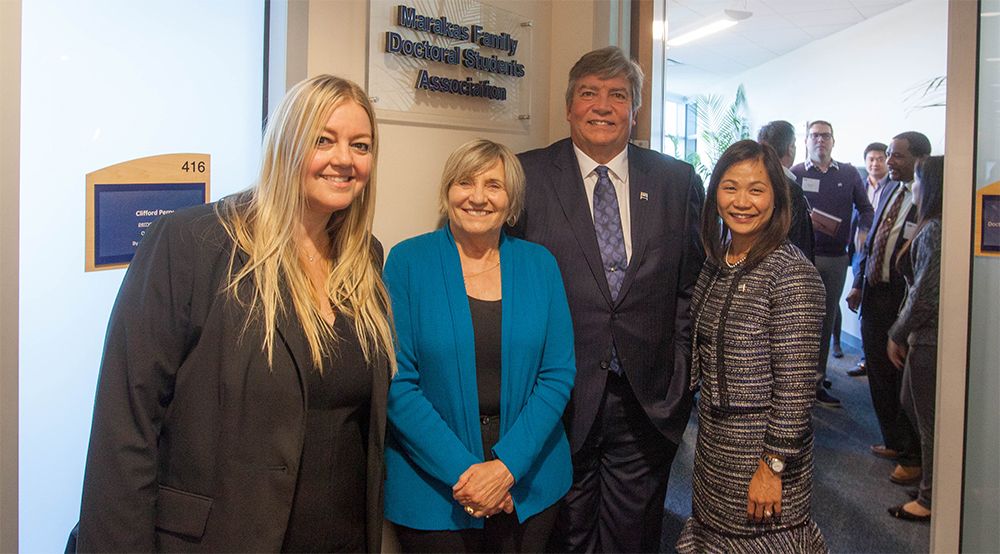 As one of the first faculty members she met when she joined the college in May, Dean Joanne Li immediately saw Marakas’ mission.

“I met someone with a big vision of why a doctoral program is so important for a top research university,” she said. “His gift is a powerful statement, but most of all, he is a fierce advocate for what doctoral students can do together.”

Eduardo Salcedo, a doctoral student who serves as president of the Doctoral Students Association, recalled how Marakas opened himself to students who weren’t quite sure what they were doing during their first year of doctoral study.

“He was interested in what we had to say and wanted to listen, instead of talk,” he said. “And he wants each of us to know the wider group of doctoral students, to go beyond the two or three in our own fields.”

At the ceremony, Marakas spent much of his time thanking students, staff, administrators and members of the FIU Business faculty for helping put the room and organization together. But he ended with a nod to the importance of a vibrant doctoral student community.

“Doctoral education is the only handcrafted product we make here,” he said. “We each leave our mark on you, we place our brand on you, and when you’re done, you’ll go out and place your brand on everyone else.”

“You are our academic children,” he said. “Go make us proud.”