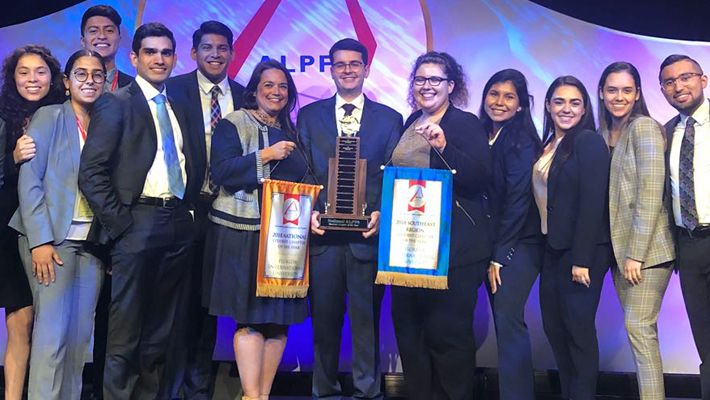 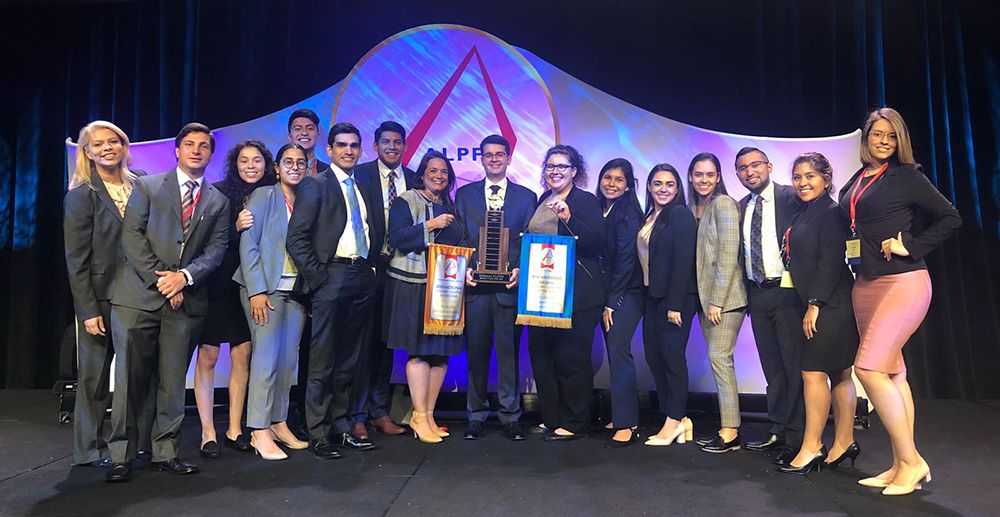 Capping a year of national impact and outstanding achievement, ALPFA FIU was named National Student Chapter of the Year by its parent organization, ALPFA.

The award, only the second national chapter recognition by ALPFA (Association for Latino Professionals for America), was a thrilling moment for over 40 FIU members and guests who attended the national convention, July 29 through August 2, 2018 in Las Vegas, where the honor was announced.

The chapter, one of 160 ALPFA student chapters in the U.S., had already been named 2018 Southeast Region Chapter of the Year, an honor ALPFA FIU had won multiple times. They were up against five other regional honorees for the national award.

“We were sitting with both our students and our chapter’s alumni, who were there representing their firms, when we heard the announcement,” said Tessie Brunken, Accounting Department faculty member and advisor to the FIU ALPFA chapter. “It was so exciting for both our alumni and our students to see our hard work recognized and rewarded.”

ALPFA FIU is one of the largest chapters in the national network, which has grown to grown to 92,000 student and professional members. It is also one of the most active, with a full range of activities throughout the year, and is known as a high achiever and role model for others. Last year, it stepped in to host the Southeast Regional symposium, originally slated to take place in Puerto Rico, handling programming and logistics for over 150 attendees from throughout the region, on a month’s notice.

“We were able to bring out many different employers that usually don’t recruit at FIU to provide workshops and a career fair,” said Rosemary Rivero, FIU chapter president during Spring 2018. The chapter also stepped up its mentorship of other chapters, helping to build the ALPFA brand at other colleges and universities.

Fall 2018 Chapter President Alexander Licea, a junior majoring in finance and computer science, sees this year’s ALPFA FIU’s active executive board, with 11 members, as key to its ongoing success. Among this year’s goals: enhancing the Financial Markets Society, to help students do well in interviews for banking and corporate finance, and continuing the Tech Group workshops, which give members instruction in advanced Excel and other key business tools. The executive board also plans to introduce more interactive programs into this year’s weekly Friday meetings, allowing associates from the firms that sponsor them to participate in team building exercises and other activities.

At the national conference, Licea was backstage, being recognized as one of three FIU students to receive an ALPFA scholarship, along with Norge Arnaiz and Carmen Candelaria, when he heard a commotion.

“I didn’t see them,” he said, “but I heard some of our members cheering, and I knew something awesome had happened.”

One of Brunken’s favorite moments at the conference was watching FIU chapter alumni, who now represent Big Four firms and major corporations, eagerly interact with and recruit current FIU ALPFA members. “It was great to see them again, with established careers, representing their companies, and interviewing our students,” she said.

Rivero, who joined ALPFA FIU as a freshman, had opportunities to work with Goldman Sachs, Deloitte and JP Morgan Chase’s Wealth Management Team before landing her current job on Wall Street, as an analyst in JP Morgan’s asset management group.

“ALPFA really teaches you the ins and outs of corporate America,” she said, “and how to succeed in that environment.” 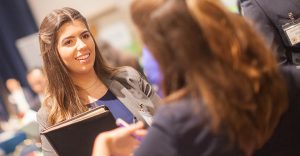 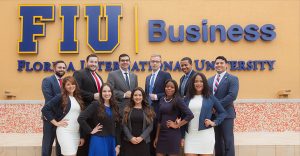