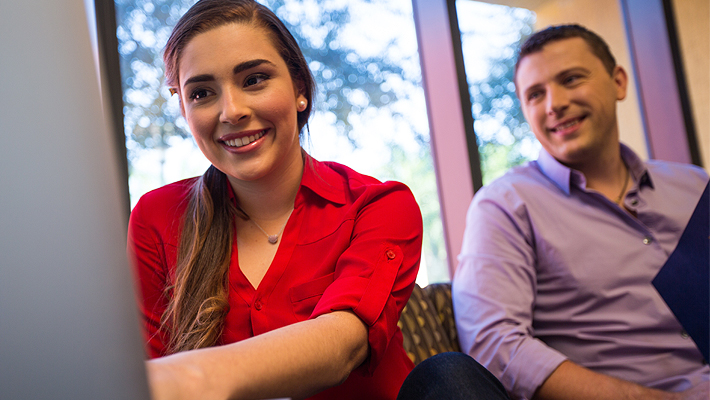 R. Van Chesnutt believes in giving back, and has chosen the Florida International University Foundation Inc., for a generous six-figure bequest. But the successful FIU Business alumnus has created a scholarship with a twist: it’s focused not on those top grade point earners, but on first-generation, “B” average business students.

The Chesnutt Scholarship, funded through a bequest in the donor’s will to the FIU Foundation, will provide support for undergraduate business students who have a GPA between 2.45 and 3.8, and are among the first generation in their families to attend college. It is designed to “assist and encourage retention of ‘B’ students; those who would not be perceived by the donor as ‘too serious’ or as ‘afraid to question authority’”.

That’s exactly the kind of student Van Chesnutt says he was.

Chesnutt, who graduated with a BBA in 1978, attended FIU at night while working during the day as a production planner at American Hospital Supply Corp.

“It takes a lot longer to get your degree that way,” he said. “I wasn’t an “A” student because I was working full time.”

Not long after graduating, Chesnutt answered an ad in the Miami Herald for The Boeing Company. They were seeking estimators. He got the job and ended up moving to Seattle. He spent 20 years with Boeing before leaving and founding his own company, Means to An End, an information technology systems consulting firm. While at Boeing, he also founded Tirraappendi Inc., the licensor of security technology he invented and patented.

Chesnutt was born and raised in Miami, and several family members worked in aviation. He found it serendipitous that he should end up at Boeing, an aviation and aerospace company. As is often the case with careers, things do not turn out as we might desire; Chesnutt dreamed of being an architect, but decided that pursuing a business degree was the more practical path.

At the time Chesnutt was attending FIU, all business students were required to learn a computer language (that meant Cobal, Fortran or Basic. Chesnutt chose Basic).

Chesnutt said that “It turned out that the computing experience I received at FIU helped me a great deal when I started working for Boeing.” Boeing, he said, “inadvertently discovered I knew something about computers, and that set me off on a completely different path, one that I had never conceived of or envisioned. I became a database and application architect.”

After leaving Boeing, Chesnutt, working as a consultant, helped to set up a complex medical database used in analyzing regional cancer diagnoses and outcomes for a  Seattle cancer research center. As a consultant, he worked for a number of companies both public and private, including returning to Boeing as a contractor.

Outside of work, Chesnutt and his wife have been avid travelers for more than 30 years. Because he kept journals over the years, Chesnutt has written a humorous memoir about their travel adventures titled “Push the Red Button.” He has also written a children’s book, “Brian and the Storm: A Young Boy’s First Hurricane,” which harkens back to when he lived in South Florida.

Chesnutt said that he had been mulling over creating an FIU scholarship for years before finally making the commitment in June 2019.

“Whatever I have done – including attending FIU – has lead me to the next thing, or enabled me to do it,” he said. “What I learned at FIU helped me transition to do what I did at Boeing, and what I did at Boeing helped move me into my consulting activities.”

Chesnutt says he’d like to make that progression available to others. It’s a path that has led him to an interesting, rewarding life, and he welcomes the opportunity to foster both the lessons and the opportunities.

“There is what they teach you in school,” he said in closing, “and then there is real life. These can be very different things, but the former often enables the latter.” 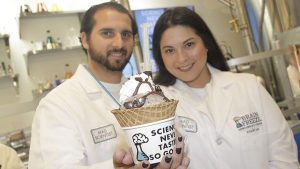