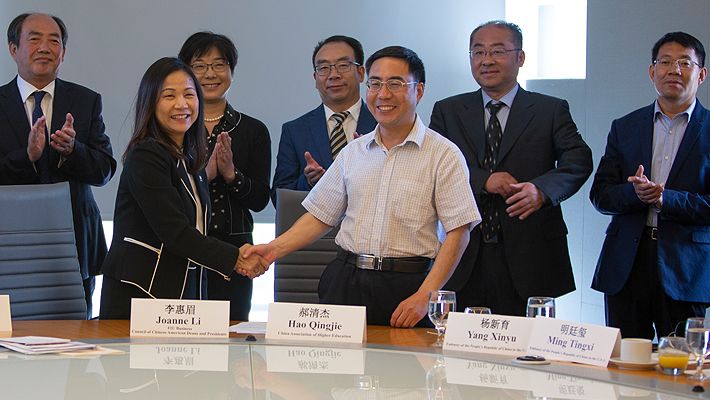 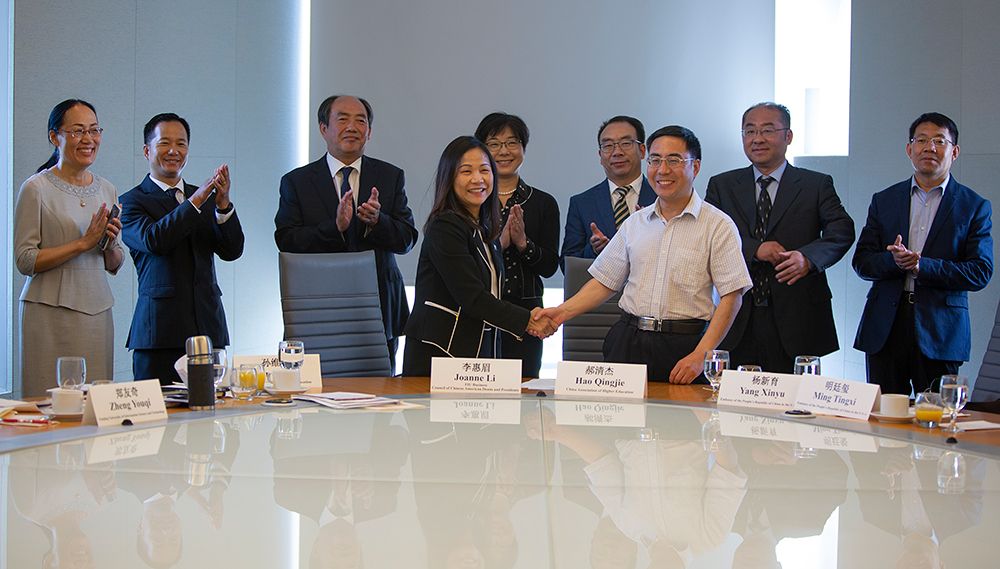 While serving as president-elect of the U.S.-based Council of Chinese American Deans and Presidents (CCADP), FIU Business Dean Joanne Li met members of China’s leading academic organization, and envisioned the opportunity to build a bridge.

“As part of FIU Business’ strategic plan, we want to be a curator of alliances and a broker of relationships,” Li said.

That vision was realized on June 3, 2019, as members of the China Association for Higher Education (CAHE) met leaders of CCADP. The two groups, as well as top Washington-based Chinese diplomats, came together at FIU, meeting with Li, who now serves as CCADP president, FIU President Mark Rosenberg and top university officials to discuss potential collaborations and a wide range of economic and academic possibilities.

It was one of only three stops on the CAHE team’s U.S. agenda, which also included visits to UC Berkeley and Washington, D.C., where they met with leaders of ACE, the American Council on Education, the major coordinating body for U.S. colleges and universities. 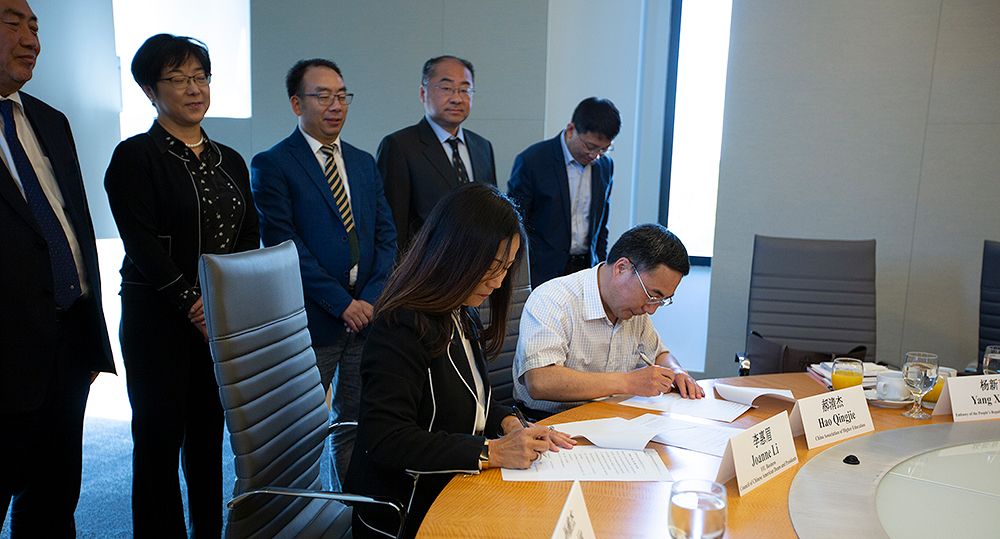 Among the highlights of the FIU visit: signing of a Memorandum of Understanding between the two organizations, which seeks to build a high-quality platform for academic exchanges, talent acquisitions, and support research activities.

In addition to conversations with Li and the FIU Business faculty ambassadors, the group met with FIU President Rosenberg, Provost Kenneth Furton and Vice Provost Meredith Newman. The day included lunch at the Reagan House, the president’s residence, and a tour of the College of Business’ MANGO building. Wide-ranging discussions explored the potential of Miami as destination for Chinese tourists and the importance of the city as a gateway to Latin America for the business and academic communities of the Asia-Pacific region. Among those attending was Sun Weijie, chief supervisor of CAHE.

The presence of Yang Xinyu, minister counselor of the Embassy of the People’s Republic of China in Washington. and the nation’s #2 diplomatic officer, and Ming Tingxi, first secretary and dean of the Office of Educational Affairs, helped expand the scope of the discussion beyond the world of academics. 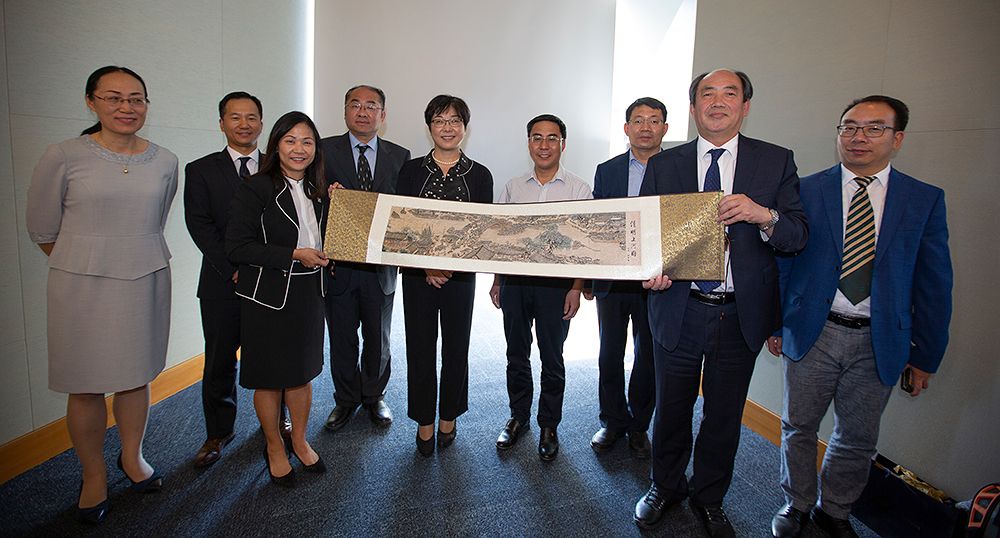 For FIU, which has multiple joint agreements with Chinese academic programs, including the Marriott Tianjin China Program, facilitating further alliances was a natural choice.

“The members of CAHE truly want to use CCADP as a bridge to understanding U.S. higher education,” Li said. “Even though political relationships seem a little sensitive, higher education is without boundaries, and we must join hands to help students and the next generation. As a young, entrepreneurial university, FIU ideally suited to facilitate and enhance this relationship.”

At 36 years old, CAHE is the oldest unit of China’s Ministry of Education, created to promote academics, research and service. It publishes a journal and hosts an annual International Forum in China in October, attracting 1,500 annually, which Dean Li, President Rosenberg and Provost Furton have been invited to attend.