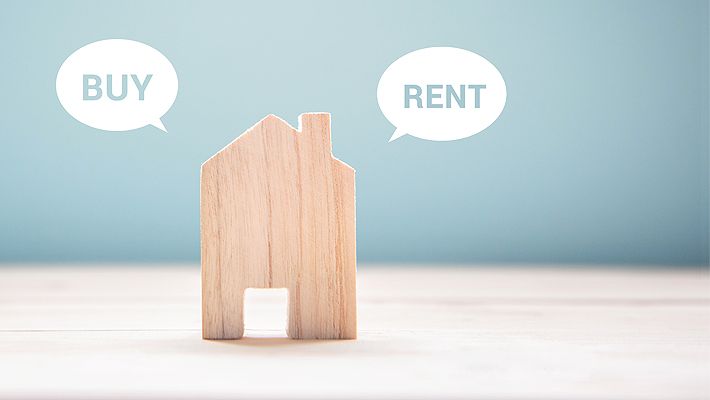 The pressure on the demand for homeownership is declining in major U.S. markets and competition for renting is growing, according to the latest Beracha, Hardin & Johnson Buy vs. Rent (BH&J) Index.

The index reveals that during the second quarter of this year, 19 of the 23 markets tracked are well above their long-term buy vs. rent equilibrium, indicating that renting is still favorable.

By contrast, the index indicates that buying is favorable for Chicago, Cleveland, Detroit and New York City. This is typically driven by the recent rate of rent growth relative to price appreciation in combination with declining mortgage rates and highly performing alternative investments such as stocks and bonds.

Dallas, Houston and Denver are showing a high preference for renting relative to buying. In these cities, housing price appreciation outpaced rent growth in a significant way in recent years, which is a trend that cannot continue indefinitely, noted Eli Beracha, director of the Hollo School of Real Estate at FIU and co-creator of the index.

“This is quite worrisome,” said Beracha. “However, the overall trend towards lower BH&J scores is a good sign that the nation’s housing markets are pulling back from the edge of potential disaster.”

Markets showing extreme downward pressure on the demand for homeownership favor renting and reinvesting, and are more likely for housing prices to fall. By contrast, those with extreme upward pressure and indicating a likely increase in prices soon to follow, favor buying in order to create greater wealth.

Beracha and Johnson agree that slowing property prices in combination with falling mortgage rates and a full valuation in the stock market have worked together to cause the recent decrease in BH&J scores around the country. Both believe that the peak of the nation’s current housing cycle is near and see the housing market going one of two ways.