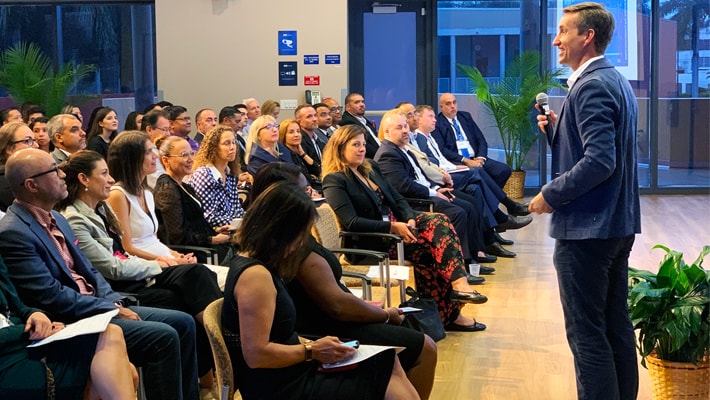 While packaging cookies for PepsiCo in Argentina, Diego Miguez noticed that a particular part on the line broke often, and its Italian-made replacement took a long time to arrive. Wondering why his company didn’t just print it on a 3D printer, Miguez went home and tried.

Fourteen prototypes later, Miguez nailed it. Today, PepsiCo is buying 3D printers for its plants. The part is produced onsite, quickly and for a fraction of the cost.

“We have this person who had this amazing capability, and we weren’t leveraging it,” said Johannes Evenblij, president of PepsiCo Central and South American Foods, speaking at FIU Business on October 7, 2019 as part of the college’s CEO Speaker Series. “Now, we get fantastic ideas from people onsite who see a problem and, when we allow them to fix it, they will just do it.” 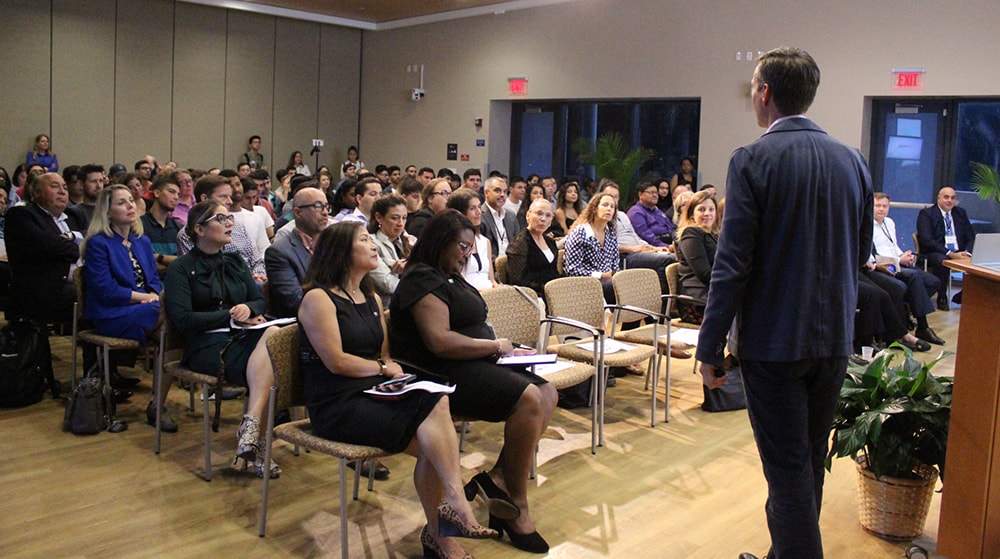 “The changes are happening on the fringes,” he said. “The people closest to the consumers are your sensors, and if you don’t allow them to make decisions and adapt to consumer needs, you are going to be stagnant.”

Training and empowering employees in a new way is one example of how companies like PepsiCo are upgrading their operating model in response to the seismic shift toward more computing power and automation, Evenblij told a standing-room-only crowd of 115 students, faculty and guests. The talk, presented as part of the Wertheim Lecture Series, was part of a day of engagement at FIU Business with Evenblij. He was invited by the Department of Business Analytics and Information System’s ATOM Thank Tank, which hosted conversations with college leadership, faculty, students, and analytics industry leaders.

The shift toward automation is happening at an exponential pace because technology interconnects us more than ever before, Evenblij said. “If an idea is developed in China, you will know about it here in hours or days,” he said. “In the past, it would take a year for you to hear about a new idea.” 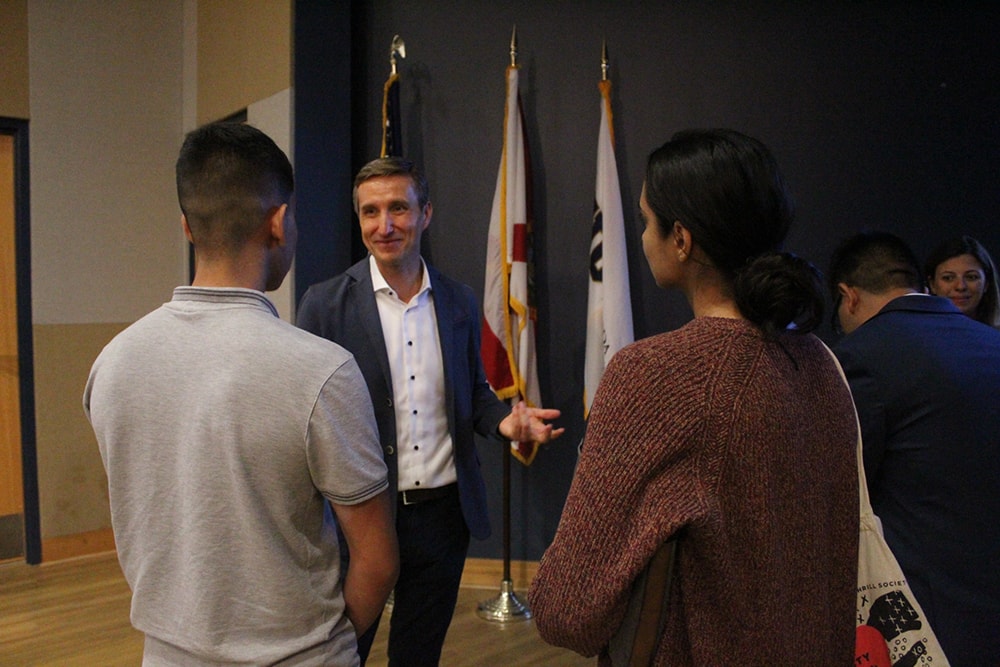 Meantime, the cost of energy is plummeting and robots are becoming more prevalent, fundamentally changing the workforce. Sharing videos of a fully automated Chinese manufacturing company and self-driving cars delivering groceries, he promised that what we’re seeing now is just the beginning. “I can guarantee you that today is the day with the least amount of change in the rest of your life,” he said.

“In the new world,” he said, “if you’re not getting feedback all of the time, you’re not going to be able to learn or adapt,” he said.

Evenblij told students, “You’re going to have a job no one now has heard about. I’m going to end up doing something different than what I’m doing now.”

Through it all, Evenblij remains optimistic, and encouraged the students to persevere. “You can do what you want to do, it’ll just be tough,” he said. “You’ll be rejected and fail time and time again, but if you’re there and resilient, you’ll get where you want to be.”

After his remarks, Evenblij engaged in a long question-and-answer session with students, sharing insights on emerging business trends and how to create a successful career path.

Karlene Cousins, chair of the FIU Business Department of Information Systems and Business Analytics and founding director of the ATOM Think Tank, echoed Evenblij’s optimism in the face of change.