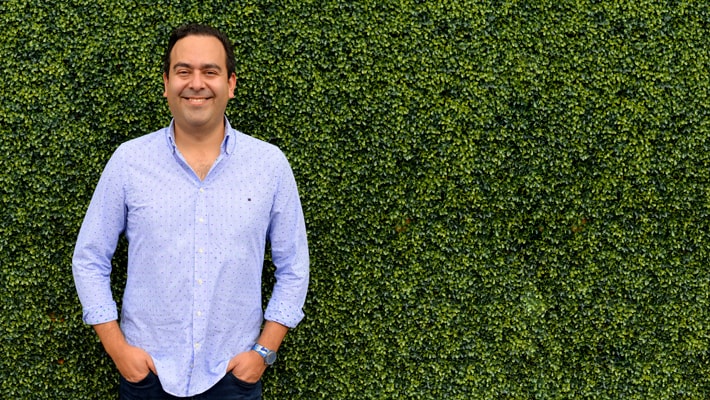 Mauricio Angarita’s digital communications firm, The Thumb Fighter, is a playful reference to the mini version of arm wrestling, as well as the thumb’s ties to our text-based online world. For the FIU College of Business alumnus, it also underscores the role connections have played in his life.

Central to that story is how Angarita’s early years in Colombia fostered one set of expectations, which were upended when Angarita’s family faced changes after immigrating to the U.S. in 2001. The family left because of Colombia’s deteriorating safety situation that was having a direct impact on them.

“It was a big challenge, a traumatic change,” he said, noting that his father had been a successful banker in Colombia. “It was life outside the bubble.”

When he arrived in the U.S., Angarita was 23, and just shy of earning his business administration degree in his native land. He, along with other family members, had to find jobs to support the family. He was hired at a restaurant, a job that would have been off the radar in Colombia. He now counts that experience as a blessing.

“Every minute was worth it,” he said. “My English was getting better. I became used to facing the unknown, and taking control of my life.”

During that time, he would often visit FIU’s College of Business, the school he and his Colombian colleagues had watched and admired for years. He began connecting with FIU Business professors, counselors and other students, becoming informed on how to apply to the school, and what course of study to follow. When he enrolled at FIU, 18 months after arriving, it was with an altered internal landscape and sense of self. 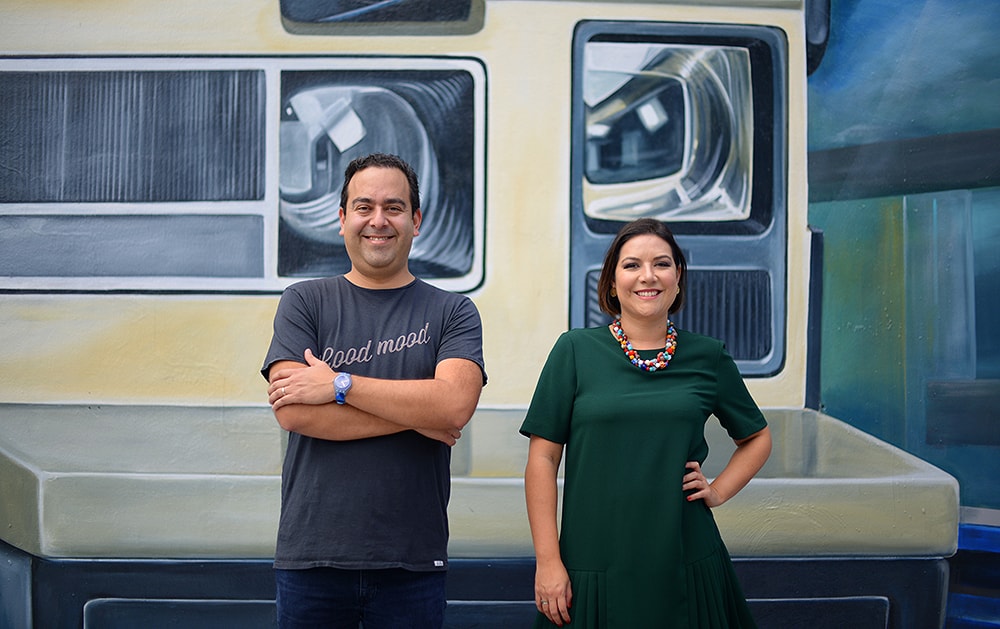 He found his niche in marketing, and the self-confidence to walk away from a position as a financial analyst at a local company – which had replaced the different jobs he had during his adaptation phase in Miami – to focus on the emerging world of social media and digital marketing.

He graduated from FIU in 2005. Meanwhile, it was a college friend who recommended him for an opening at Televisa Publishing + Digital, where he began working on the sales management team. He was tasked with creating different teams, which lead him to create the first Digital Operations Team with an emphasis in digital marketing, then in its infancy.

After going through different global companies such as PR Agency Burson-Marsteller and Discovery Communications, he eventually became social media director at Univision Communications, his career dovetailing with the rise of social media. Two years ago, he and his sister Maria Claudia decided their combined expertise, connections and passion for digital marketing justified venturing out on their own, and The Thumb Fighter was founded.

“The Thumb Fighter is the representation of what I’ve learned in this country,” Angarita said. The company focuses on long-term client service, and helps companies create their own digital strength and process, based on their values and goals.

Meanwhile, Angarita makes time to give back to FIU. He is involved in the Inspiring Futures Mentor Program, which links students and executives for one-on-one connections. About six months ago, he joined the College of Business Alumni Board, and has been a guest speaker for Marketing Adjunct Professor Yanyn San Luis’ class.

He tells students that connections are just as important as academics.

“Think about your relationships and networking. Networking starts here, now, with the people you have by your side.”