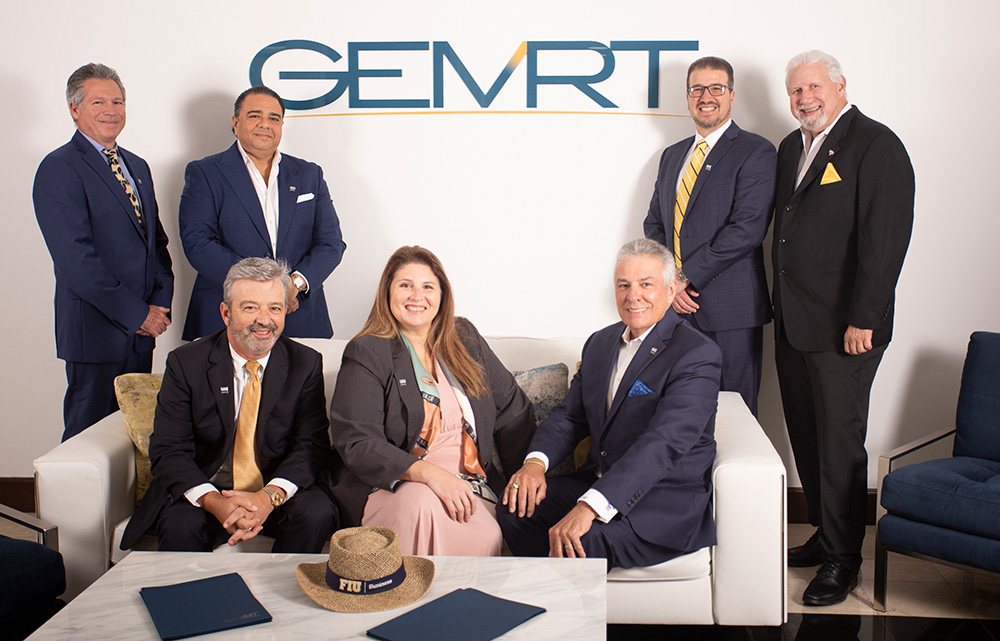 Members of the leadership team of Coral Gables accounting firm GEMRT share a unique connection: all seven are graduates of FIU Business, some holding multiple degrees from the college.

Today, they share a pride in what their FIU experience instilled in them, as well as a passion for client service, and a belief in the power of building community and ongoing education.

At one point, GEMRT’s leaders were members of two small firms that started to think about the best way to move forward. Each firm recognized that as accounting firms evolve into multidisciplinary consulting practices with strong technology components, the need to scale the practice became a stronger pull. Yet in contemplating a merger, they saw that finding the right match, in terms of culture, philosophy and goals, would be paramount to their success.

And so, members began to think: who would be a good fit? They remembered chance meetings at restaurants and short conversations in Miami office building lobbies. At one point, Rodriguez ran into Garcia at the Mexico pavilion during the Disney Food & Wine festival, and the two men raised the possibility of working together sometime in the future.

A December 2016 lunch at Graziano’s restaurant in Coral Gables sealed the deal. Partners of both firms saw a common culture and firms that seemed to mirror each other.

The camaraderie among the partners is clear when they reminisce about their times at FIU Business.

When Trueba was at the university in 1975, there were two buildings and a third on the way. The goal was to get in and out of campus quickly, with an occasional beer at the Rathskeller. Back then, competition in the accounting program was fierce, classes were tough, and professors could often be merciless.

“For those of us who stuck it out,” Trueba said, “that was what made us strong.”

As FIU students in a later era, Garcia, Espinosa and Miyares lived a more classic college life, joining a fraternity and taking an active interest in athletics. They built relationships with fellow FIU alumni that have endured through the years, with South Florida business leaders and clients. His affinity for the school led Espinosa to serve as president of the FIU Alumni Association. GEMRT’s clients, many of them fellow FIU alumni, are recognized names in South Florida, as well as small businesses that form the heart of their community.

Learning from the past, building for the future.

Today, GEMRT emphasizes strengthening its client service focus through education, technology and hiring practices. The firm has made a major push for artificial intelligence capabilities and automation tools. An investment in education, branded as GEMRT University, serves to bring new accountants up to date on topics that aren’t necessarily taught at the university. The firm also proactively recruits and advances women, winning accolades from Accounting Today magazine as No. 4 in the nation for women in 2019 as well as the No. 11 midsize firm overall, with similar rankings in 2020.

With strong roots in the community, GEMRT also focuses on treating its hard-working employees as family, supporting them through difficult times. The firm has been proactive in client service during the pandemic, partnering with their clients with advice on available programs and customized business consulting, and a strong focus on doing business internationally, a natural fit for a firm with its roots in Miami.

GEMRT’s FIU roots continue in both its physical office space and its professional practice. Setting a scene that would make any Panther feel at home, GEMRT’s logo displays FIU’s blue and gold, and FIU memorabilia is on display throughout its offices. Yet the ongoing connection to the school goes beyond décor. The firm hires a good percentage of FIU graduates into its ranks. GEMRT team members mentor FIU accounting students, advising them to get involved in student organizations and extend their involvement into the community after graduation.

“We were blessed,” said Garcia of his FIU education. “We were in the right place in the right time. We want to make sure it continues, that we leave a legacy for generations to come.” 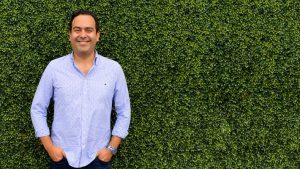