Since its launch earlier this year, the Building for Business Campaign for the College of Business Administration has generated enthusiasm within and beyond the campus community. And it’s already garnered some interesting firsts—first alumni, faculty, staff, and student donors, that is.

“I received e-mails about the Campaign and followed local business articles that led me to the web where I saw the virtual tour of the building,” said Don Dietz (BBA ’01), now a senior auditor with Ernst & Young. “When I saw the web site, I wanted to play a small part in making the new building a reality.”

With his contribution, using the online link at http://business.fiu.edu/web/donate/index.htm, Dietz became the first alumnus to make a pledge to the fundraising effort.

“I see how the College’s reputation is growing,” he said, “and overall I think it has the building blocks in place—the vision, the faculty and staff, and great students—to go to the next level. But it needs a new infrastructure. The building will provide wonderful facilities and a place where everyone can gather.”

Watching the computer-generated virtual tour of the building during the Evening of Stars on March 10, 2005, prompted Brice Dupoyet, assistant professor of finance, to make a contribution.

“It looked amazing and I wanted to be part of it,” he said.

Though he’s a relative newcomer, having been at the College for only two years, Dupoyet was happy to donate.

“We have a shortage of space,” he said. “The new building will help, and it will also be a very nice structure.”

Unlike Dupoyet, Carole Johnson, senior secretary in the Department of Finance and College of Business Administration, has been at FIU for decades—starting 26 years ago and moving to the College in 1984.

“This is my College and my building,” she said. “My donation isn’t large, but I wanted to do what I could. As soon as I knew we could contribute, I stopped by the Office of External Relations and gave Director Annabelle Rojas a check.”

“I had really good experiences at FIU,” said Gonzalez, who made his contribution during his senior year. “I thought it would be a good way to give back to the University and the College. In addition, I liked the idea of having my name on the building,” referring to the fact that donors who make a certain level of contribution will have their names included in a planned “Wall of Stars.”

“Every contribution, regardless of size, is very important to us,” Rojas said. “Also, the State will match every donation dollar for dollar, which doubles the value of each contribution. 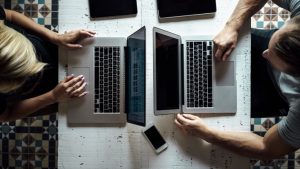 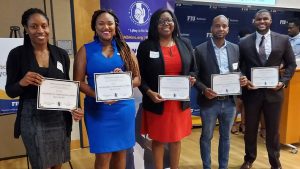 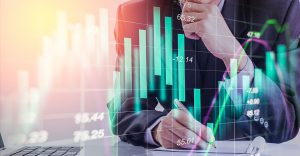 I salute the managers of fiba and fiu and I also congratulate the FIU for this commendable work in a world that tends to seek knowledge and better being. even if I do not have the means yet to integrate the fiu to continue my studies they make great work.